Reports: Odds of Getting Drugs to Market Range from 6% to 40% 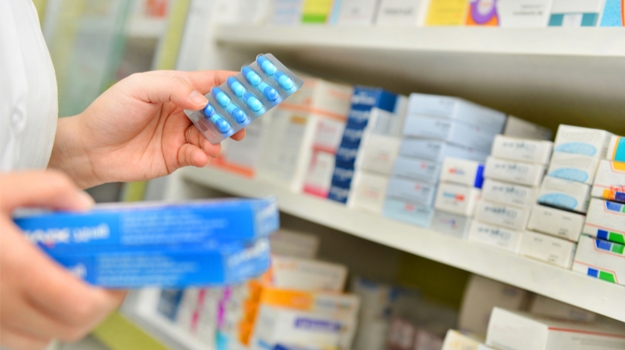 Whenever drug companies come under criticism for the cost of their drugs, one of the defenses touted is that only about one in 10 drugs make it to market. As a broad figure, that’s probably about right, although at least one report ranks it higher, while another provides a bit more nuance.

A recent report written by SVB Leerink analysts that looked at eight companies and their research-and-development portfolios found that in the past five years, they progressed only 24% of their new molecular entities (NMEs) to approval. For each NME, they spent about $1 billion on average on R&D and about $5.3 billion for each approval.

A recent, broader study by Accenture analyzed about 60,000 total products from 2000 to about 2017. The Accenture report’s theme, per se, had to do with so-called New Science, which is a combination of science and health technology, which includes genomics, biomarkers, companion diagnostics, and new delivery methods.

While conventional thinking says the more innovative treatments are riskier to develop, Accenture’s research found that they are actually more likely to reach the market. Some of this is related to the impact of regulators’ “breakthrough” and “fast track” approval pathways. For example, in what is dubbed Probability of Technical and Regulatory Success, other new molecular entities (and biologic entities) had about a 7.2% chance of success, while the New Science entities had about a 10.8% probability of technical and regulatory success.

The Leerink report focuses much more tightly on eight specific companies: AbbVie, Alexion, Amgen, Biogen, Celgene, Gilead, Regeneron, and Vertex. It compared the number of their disclosed NMEs, and the number of drug approvals and percentage of NMEs approved, the portfolio turnover and dropout rate, and amount spent on R&D for each NME and approval.

This report found that in the past five years, they had converted 24% of NMEs to approved drugs. Vertex and Regeneron had the best scores in converting NMEs to approvals and the so-called “churn and burn” rate. That rate is, the report says, “our assessment of the effectiveness of the company’s vetting procedures on internal and external NME candidates” as well as the portfolio dropout rate.

Vertex managed to bring 40% of its NMEs to approval and Regeneron converted 33% of theirs. The Leerink analysts wrote, they “performed more effectively than their rivals, reinforcing the greater effectiveness and efficiency of internally driven R&D strategies.”

The bottom of the list was Celgene, which the report said underperformed compared to the others on the list on “nearly all effectiveness, efficiency and cost metrics.” It added the most NMEs, 41, between 2014 and 2018, but did so mostly via M&A or partnerships. Internally, Celgene only added eight NMEs over the five-year period. This, the analysts wrote, raised “some concern about their internal R&D capabilities.” Only 6% of Celgene’s NMEs were moved to approvals in the period analyzed. Probably not exactly the analysis Bristol-Myers Squibb wants to hear in the middle of a contentious $74 billion acquisition process, although one hopes this came up in their due diligence.

Amgen, on the other hand, had made significant improvements. In the last two years, it had improved its NME pipeline 13% and its NME-to-approval conversation rate jumped from 7% to 21%. Its dropout rate was also lower, dropping from 75% to 53%, while spending about half as much on R&D per NME, dropping $1.35 billion to $0.71 billion per NME. The average spend per NME of companies on the list is about $0.9 billion.

Although the two reports are probably not comparable, given the overall focus and breadth and depth of the two reports, one bottom line is that drug development is an expensive and risky business. If even the best of the large-cap biopharma companies are successful about a quarter of the time in getting a new drug to market, with some running as low as 6%, betting on horse racing seems like a low-risk activity in comparison. But some companies are clearly doing better than others.