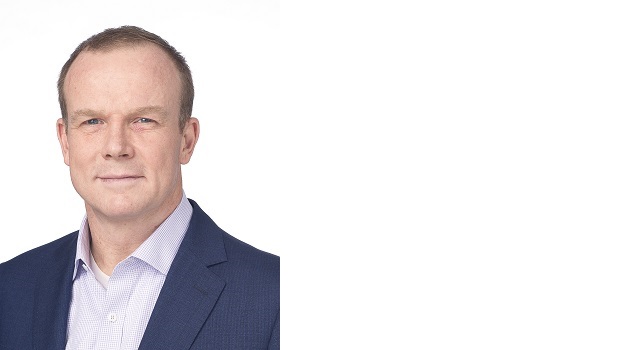 Accenture recently published a new report, “New Science: Biopharma’s New Growth Machine.” In it, the report attempts to evaluate the last 20 years of trends in biopharma and use that data to develop projections for the future of the industry. In particular, the report focuses on what the Accenture team is calling “New Science” and the effects of “compressive disruption” on the industry.

Henderson noted that Accenture has been conducting high-performance business research for more than 20 years, but much of it is a sort of “rear-view mirror view. As we started this year, I wanted to look more prospectively to understand where things are going. Industry has a good take on where things have been, but we need to do the harder task of figuring out where things are going.”

Accenture conducted pipeline and commercial product analysis of about 60,000 total products covered by its data partners. Of those, 4,000 are currently in-market. They also analyzed R&D and regulatory approvals conducted on all clinical programs with clinical phases ending after January 1, 2000. They also analyzed all digital health investments made since 2007.

“New Science,” as Accenture defines it, is a combination of science and health technology, which includes genomics, biomarkers, companion diagnostics, and new delivery methods. It also, Henderson says, “is future growth. We were able to look at it from a couple different areas—traditional scientific novelty and unmet need—but also increasingly what we saw in the new science area was technology convergence.”

As such, the report focuses on three separate areas: First, scientific novelty, which is measured by three factors: new mechanism/mode of action; new treatment modality; new scientific platform. Second, unmet need, which is measured by previously-untreated population; significant improvement in effectiveness; and significant reduction in complications. And third, technology convergence. This is measured by digital medicine; reliance on companion diagnostics; joint approvals of treatment and tech; and the availability of direct-to-consumer testing.

“We’ve also framed it as future performance and if we could find out what the trends are for the companies working in that area,” Henderson said.

“Compressive disruption,” is a phrase used to describe how slow and unanticipated change eventually leads to problems in business models. It’s a bit like the boiling frog analogy—a frog will jump out of boiling water, but if the temperature goes up slowly, they don’t notice they’re cooking until it’s too late.

Henderson says, “Essentially, each individual quarter or individual month, and potentially each year, you don’t notice the levers that squeeze profit, but over time you realize the economics of your business are no longer sustainable. We tend to think of change as the Big Bang—an Amazon comes along and retailers explode, but that wasn’t really true. Retailers were compressed profitability point by profitability point. The same is true in big pharma and biotech.”

The report outlines three signs of compressive disruption. The first sign, or red flag, is that the future value of the industry shrank for three consecutive years, 42% in 2015, 31% in both 2016 and 2017, and 28% in 2018. The second sign was a gradual decline in the amount of time a treatment holds its leading position in the market. In 2000, the average tenure for a market-leading treatment was 10.5 years, but in 2017 it was 5.1 years, a drop of 51%. And the third sign is one everyone in the industry is aware of, the difficulty in compensating for revenue lost because of expiring patents.

The report finds that “New Science” is expected to drive sales between 2017 and 2022 by 54%. In particular, it’s been big in oncology, as marked by immuno-oncology, such as CAR-T, but is expected to drive growth across several therapeutic areas, including gastrointestinal and immunology. One example cited in the report is teprotumumab, which is in development by Horizon Pharma, and met all primary and secondary endpoints in a Phase III clinical trial for Active Thyroid Eye Disease (TED) in February.

Because “New Science” tends to be both cutting-edge and highly specialized, it generally carries a higher price tag, sometimes, according to the report, three to five times more than traditional drugs. When asked about political pressures in the U.S. on drug pricing, Henderson says, “Everyone thought in the first term of this government in the U.S. market there would be some sort of legislation, but what we’ve seen is a debate that is more around increased transparency. I also think most people have yet to understand how the rebates work. You really have to understand how rebates work to get a sense of the problem.”

The rebates are handled by pharmacy benefits managers (PBMs), who negotiate prices with pharma companies, including rebates which are supposed to be passed along to consumers, but aren’t necessarily. Some rebates are reportedly as high as 40%. The savings might be passed along to customers, but they may also go to the PBMs. The pharma industry has been routinely bringing up rebates and PBMs when they face criticism about drug prices.

He also points out that a number of companies are taking different pricing approaches, whether things like bluebird bio’s potential payment plan scheme for its LengiGlobin gene therapy for transfusion-dependent beta-thalassemia or Novartis’ Mayzent for multiple sclerosis. In the case of Mayzent, Henderson notes, they’re planning a price for Mayzent that is lower than the price for their own Gilenya, which has been on the market for MS for about a decade.

“Pricing pressure is out there,” Henderson says. “We think of it as part of compressive disruption.”

While the report has plenty of interesting information to chew on, one of the biggest takeaways is how companies focused on New Science are faring and what it means. “Our research found,” Henderson says,” that companies leading in New Science were investing six to seven times more money—$250 million annually or more—in digital data and genomics than their peers to develop more treatments and interventions that are improving patient outcomes.”

The other major finding had to do with risk. While conventional thinking says the more innovative treatments are riskier to develop, Accenture’s research found that they are actually more likely to reach the market. Some of this is related to the impact of regulators’ “breakthrough” and “fast track” approval pathways. For example, in what is dubbed Probability of Technical and Regulatory Success, other new molecular entities (and biologic entities) had about a 7.2% chance of success, while the New Science entities had about a 10.8% probability of technical and regulatory success.

“It was a real surprise to us in our research,” Henderson says, “and we’re doing further research on it. But the implications are significant. Perhaps it’s because the companies put their best teams on the New Science or perhaps the therapeutic areas are more targeted, rather than broad-spectrum primary care. But if you were the head of R&D, if you needed to improve your return on investment, there’s a lot of evidence to suggest they should focus on New Science.”