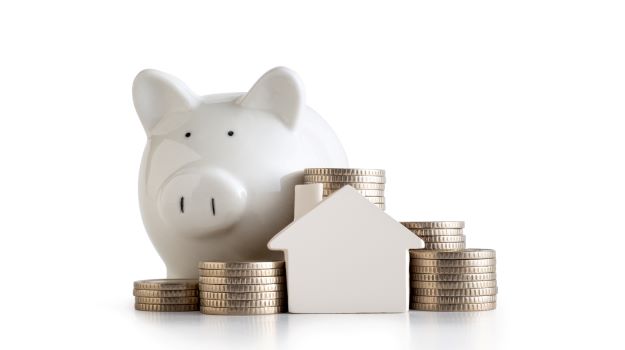 It’s March Madness in the life sciences industry, with money pouring in faster than LeBron James on a breakaway. Here’s where the big bucks went this week.

Having just completed a $125 million Series B financing round two months prior, Design Therapeutics is now gunning for a $228 million IPO. The company is developing a platform of gene-targeted chimera small molecules for the treatment of serious degenerative disorders caused by inherited nucleotide repeat expansions.

Planning to sell 12 million shares between $18 and $20 apiece, the funds will be used to develop treatments for nucleotide repeat expansion disorders, including its lead program in Friedreich ataxia, which is expected to enter clinical development in the first half of 2022.

T-Cell driven Connect took in $191.3 million during its IPO, with a potential of swelling to $219.9 million. The San Diego-based company focuses on treating chronic inflammatory diseases. The company’s lead asset CBP-201 is an antibody designed to target interleukin-4 receptor alpha (IL-4Rα), a validated target for the treatment of several inflammatory diseases such as atopic dermatitis (AD) and asthma.

AstraZeneca’s COVID-19 vaccine partner Vaccitech gained $168 million in a Series B financing round. The company plans to use the funds to support its own lead candidates in oncology and infectious disease. Its heterologous prime-boost approach has been demonstrated to drive powerful immune responses, including the leading CD8+ T cell stimulation profile in humans, to date. Vaccitech, which is a spinout of Oxford University, has three lead programs that are all in Phase I/II studies. The company is assessing VTP-300 in patients with chronic hepatitis B virus (HBV) infection. The first patient in the trial was dosed in February.

After two antibody programs aimed at COVID-19 were shut down due to disappointing results, Brii Biosciences is back in the saddle with a $155 million Series C infusion of cash. The multi-national company will use the funds to advance its pipeline of infectious disease candidates, as well as its CNS program. Clinical studies are being conducted in multiple infectious diseases, including HBV, COVID-19, Gram-negative bacterial infections and HIV.

Finch sealed the deal with NASDAQ last week, raising $125 million in its IPO. Trading under FNCH, the microbiome therapeutics company leveraging its Human-First Discovery platform to develop a novel class of orally administered biological drugs. Lead candidate, CP101, is in late-stage clinical development for the prevention of recurrent C. difficile infection (CDI). A partnership with Takeda has Finch advancing FIN-524 and FIN-525 for the treatment of ulcerative colitis and Crohn’s disease.

Synthetic biology company AbSci scored $125 million crossover financing in a round led by existing investors and joined by new ones. Proceeds go towards the company’s continued growth in R&D, along with integration and training for the deep learning AI platform AbSci acquired in January of this year.

Another company headed to the Nasdaq just a few months after completing a Series B raise, Ikena plans to offer 7.8 million shares at $15 to $17 for a raise of $125 million. With five programs in the works, Ikena announced its TEAD inhibitor targeting the Hippo signaling pathway has entered IND-enabling studies. Ikena plans to file an IND in the second half of 2021 and to initiate a Phase I clinical trial evaluating single-agent IK-930 in biomarker-enriched patient populations.

Shanghai-based EpimAb is refilling its coffers this week with the close of a $120 million Series C. Funds are earmarked to take three programs into the clinic – EMB-01, -02, and –06. The lead program, EMB-01, targets EGFR and cMET on tumor cells. Currently the candidate is in Phase I/II clinical studies in both China and the US. EMB-02 has been cleared for the clinic by the FDA to target checkpoint proteins PD-1 and LAG-3. EMB-06 is a T-Cell engaging bispecific targeting CD3 and BCMA with clearance to initiate trials in Australia.

This biotech took what experts consider an easier road to the NASDAQ by way of SPAC, a Special Purpose Acquisition Company. Merging with publicly traded Chardan Healthcare Acquisition 2 Corp, Renovacor will join the ticker and reap the benefits of up to $116 million for the combined company. According to the release, proceeds will " advance its lead rare disease gene therapy program into Phase I/II clinical development and establish a pipeline of preclinical research programs to be progressed towards IND-enabling studies.”

With hopes to enter the clinic soon, Lava is filing for a $101 million IPO. Developing a proprietary bispecific antibody platform that engages gamma-delta T cells, the company's programs are aimed at hematological and solid cancers. LAVA-051, is expected to enter a Phase I/IIa clinical study in hematologic malignancies in the first half of 2021.

Salt Lake City’s Recursion is ready to see its “RXRX” symbol up on the ticker, with hopes to raise $100 million in its IPO. The company’s Recursion Operating System “combines an advanced infrastructure layer to generate what we believe is one of the world’s largest and fastest-growing proprietary biological and chemical datasets.” Four programs are ready to roll into Phase II trials for familial adenomatous polyposis, GM2 gangliosidosis, neurofibromatosis type 2, and cerebral cavernous malformation.

Supported by pharma giants Bristol Myers Squibb and Novartis, Aktis Oncology launched last week with a $72 million Series A. Developing novel, best-in-class tumor-targeting radiopharmaceuticals, Aktis’ agents have high tumor penetration but clear from other areas of the body rapidly, maximizing tumor killing while minimizing side effects.  “Alpha radiotherapy is the future of radiopharmaceuticals,” CEO Matthew Roden said. “By harnessing the power of alpha particles – with nearly 1,000 times the potency of beta particles – we believe our approach has the potential to deliver game-changing results for patients.”

Harnessing the power of stem cells, Ossium announced a $63 million Series B round. Stem cells provide life-saving therapies, and Ossium’s platform recovers, banks and transplants bone marrow rich in the valuable cells. The company said it is bringing the “US deceased donor transplant ecosystem into the fight against blood cancers, inflammatory bowel disease, organ rejection, and other life-threatening diseases where stem cell science holds the promise of a cure.”

New targeted immunotherapy player Asher launched this week with a $55 million Series A to move its lead engineered interleukin-2 (IL-2) therapy into human testing next year. AB248 targets both an immunomodulatory receptor and a marker specific for CD8-positive effector T cells. Currently in IND-enabling studies as a monotherapy and in combination with anti-PD-L1 checkpoint inhibitors, other cancer immunotherapy and cell therapy combinations are being considered.

Raising $40 million on the NASDAQ, Gain completed its IPO last week. Funds will be used to advance pipeline therapeutics for rare genetic diseases characterized by protein misfolding. Gain’s small molecule drug candidates cross the blood-brain barrier and penetrate other hard-to-treat organs such as bone and cartilage, stabilize the effective enzyme to restore function and reduce toxic substrate. Disease targets the company is going after include Morquio B, GM1 gangliosidosis, Gaucher and Parkinson’s disease.