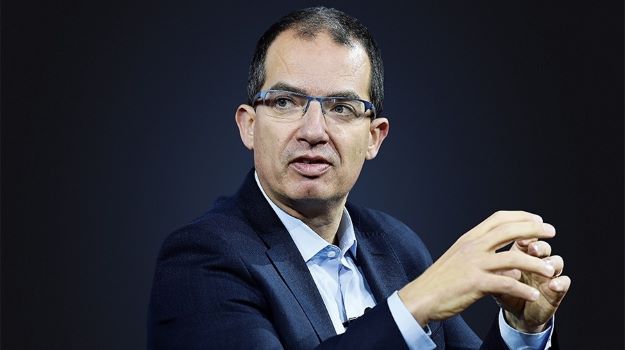 This morning, the Boston Business Journal reported that Bancel’s salary rose 41% to $18.2 million in 2021, citing a filing with the U.S. Securities and Exchange Commission. While Bancel reaped the rewards of SpikeVax’s success, the Journal noted that annual compensation for Moderna’s median employee plunged 16%.

In 2021, Bancel received a base salary of $990,385, a 5.3% increase from the previous year. According to the Journal report, Bancel additionally earned non-equity, incentive-based compensation of $1.5 million. The majority of his compensation came from stock option awards. According to the filing, those were valued at $11.25 million. He also received additional stock awards of $3.75 million. Bancel took home $12.85 million in 2020.

The Journal noted that Moderna’s stock had plunged nearly 70% from its high in 2021 of $235.05 per share, which it hit at the beginning of the year. Moderna’s stock closed at $142.49 on Wednesday. The loss of value in the stock means that Bancel’s shares are worth considerably less than they were this time last year.

At the same time that Bancel brought home a tidy sum of money for the year, the Journal noted a decline in median pay for its non-executive employees. The average compensation for its 2,700 employees was $133,074 in 2021. That was a dip from 2020’s median salary of $159,114. Moderna said the decrease in average non-executive pay was because, in 2021, the company maintained more part-time employees than in the previous year, which drove down the median salary estimation. Moderna said in 2021, it also hired more manufacturing employees last year to meet the demands for SpikeVax. Manufacturing employees typically earn less than their research scientist counterparts.

For Moderna, the compensation report came days after the company announced its new global strategy to battle emerging infectious diseases with its mRNA technology. Earlier this week, the company announced a plan to aim at developing 15 vaccine programs that target “priority pathogens that protect global health.”

Moderna said its announced strategy is in response to calls from both the World Health Organization and the Coalition for Epidemic Preparedness Innovations to develop vaccines against priority pathogens that pose a threat to public health. In addition to COVID-19, Moderna is developing mRNA vaccines against HIV, Nipah and Zika. Moderna is also developing vaccines for influenza and RSV. The company believes the other pathogens it intends to target will be advanced toward the clinic by 2025.