As San Francisco Real Estate Prices Spiral, Some Biotechs Look to the 'Burbs 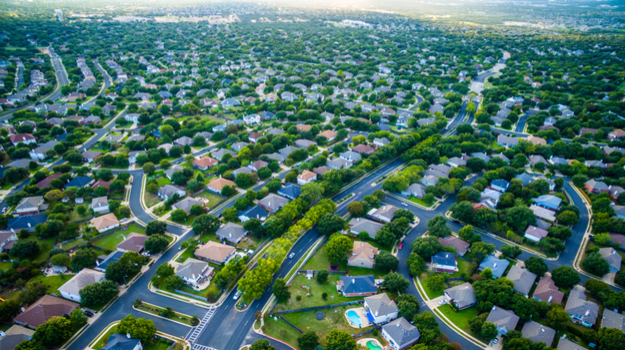 The two biggest areas for biotech startups in the U.S. are Cambridge in Boston and the San Francisco Bay Area. They’re also the locations of astonishingly expensive real estate. But they’re where biotechs seem to want to be because they’re close to talent, academic research institutions, and the attention of venture capital.

In the Bay Area, at least some startups are thinking about moving outside the area, at least a little bit, in order to control costs. The San Francisco Chronicle reports on several biotech companies that are settling some or all of their operations in Pleasanton, a suburb of San Francisco in Alameda County about 25 miles east of Oakland.

One of those companies is 10X Genomics, which has headquarters in Pleasanton, and decided to quadruple the company’s space to 200,000 square feet in the city rather than move it somewhere else. “Pleasanton is the sweet spot where you get the talent from all across the Bay Area and rents aren’t quite as expensive as San Francisco or the Peninsula,” said Serge Saxonov, co-founder and chief executive officer of 10x.

10x has a manufacturing plant in Germany, which it plans to keep, but the new site in Pleasanton will manufacture its products end-to-end, not just components, as in the German facility. This allows company executives to be more hands-on while having access to the region’s workforce that has the necessary specialized backgrounds in chemistry, biology, hardware and software.

This falls into the part of the Bay Area dubbed the East Bay, and it’s no stranger to biopharma companies. Others in the region include Roche Molecular, Bio-Rad Laboratories, and IntegenX, now owned by Thermo Fisher. The San Francisco Chronicle reports, “Lately, the region — though it doesn’t have the biotech cache of South San Francisco or the newness of San Francisco’s Mission Bay — has also been drawing smaller, newer and fast-growing firms that make critical hardware, software and technology used by biotech companies.”

Pleasanton is part of what is dubbed the Tri-Valley, which includes the cities of Pleasanton, Danville, Dublin, Livermore and San Ramon. From 2006 to 2016, these cities had a 35-percent job growth, higher than San Francisco’s 31 percent and Silicon Valley’s 19 percent.

Others in the area include Unchained Labs, which is a subsidiary of 10x, and Gritstone Oncology. Gritstone is located in Emeryville and in August, inked a collaboration deal with Cambridge, Massachusetts-based bluebird bio. It recently filed for an initial public offering (IPO) with plans to raise up to $91 million.

“We chose Pleasanton because I’ve been in life sciences for more than 20 years, and the whole time I was doing the crazy commute to the valley (Sunnyvale and Santa Clara),” Tim Harkness, founder and chief executive officer of Unchained Labs, told The San Francisco Chronicle. “I wanted to stop that craziness, and I didn’t think I was alone.”

The Chronicle writes, “It was risky to base the company in Pleasanton three years ago, said Harkness, who is also a founding partner at Tri-Valley Ventures, a venture fund created last year to back early-stage technology, IT and life sciences firms. But it turned out to be a competitive advantage, he said, because the location made it easier to recruit employees from Tracy and the Central Valley, where many Bay Area residents are seeking more affordable housing.”

Does this mean the hotspots of South San Francisco, Oyster Point and Kendall Square, Massachusetts are no longer the places to be? Probably not. But for the more budget conscious biotechs, the suburbs may be looking more attractive.