How the Bay Area is Still King of Biotech 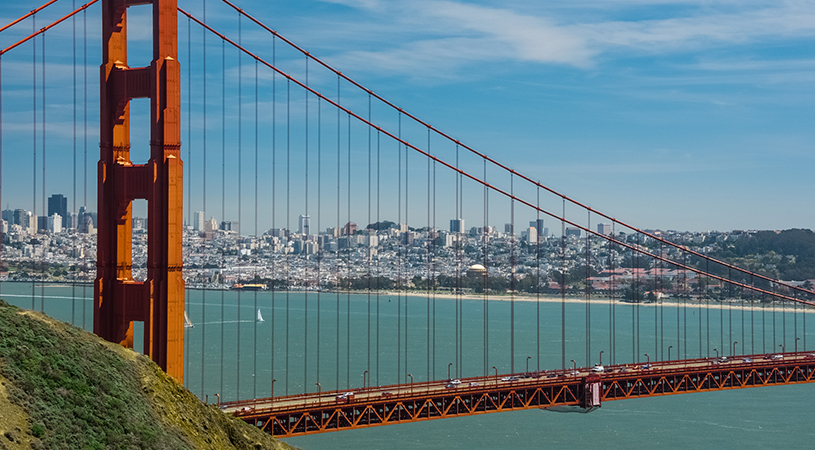 In the United States, the two hottest areas for biotech startups are Cambridge, Mass., and the San Francisco Bay Area. Both offer proximity to major universities and research institutions that produce top talent. Both have access to a lot of venture capital. Both have real estate developers that are focused on specializing in biotech startups. And both, with the Bay Area and Silicon Valley in particular, have a certain entrepreneurial mindset.

But other countries also have biotech clusters. TechCrunch took a europe/"target="_blank">look at Switzerland’s, comparing its Health Valley to Silicon Valley and the Bay Area’s tech startup environment.

South San Francisco has more than 70 biotech companies jammed into a two-mile-square area. Those companies include Genentech (part of Roche , Amgen and Exelixis . Switzerland has an area along the Lemanic Arc that spreads into Basel, which is where Novartis , Actelion and Roche (ROG) all have headquarters.

“Silicon Valley has a very strong life sciences sector that is enriched by the undeniable strength of the Valley in IT,” Patrick Aebischer, president of the Swiss Federal Institute of Technology (EPFL) in Lausanne, Switzerland, told Tech Crunch. “In Switzerland, the Health Valley is trying to take advantage of our unique position in micro/nanotechnology coming from a long tradition of watchmaking.”

Switzerland’s Swiss Federal Institutes of Technology in Lausanne and Zurich are examples.

But the entrepreneurial mindset merging with readily available venture capital interested in the life sciences is also a factor, and possibly even more important than the academic institutions. According to MoneyTree Reports, which is published by PriceWaterhouseCoopers (PwC) and the National Venture Capital Association (NVCA), venture capital funding in the Bay Area for biotechs has grown from $1.89 billion in 2014 to $2.76 billion in 2015.

“Investments in the Silicon Valley biotech industry are on pace to reach the second highest level in MoneyTree history,” Greg Vlahos, a Life Science Partner at PwC told Tech Crunch. “This shows continued confidence from the venture community.”

There’s a different culture in Switzerland. Switzerland’s private banking industry is enormous and known worldwide, but it’s not generally used for Series A and B funding. Culturally, those funds tend to go into collective saving structures instead of direct investments. That’s apparently changing, as Swiss investors are pushing to expand into investment funding.

And initial public offerings are uncommon in Switzerland. Tech Crunch notes that of the 18 venture-backed IPOs in the first half of this year, 14 were biotechs. Tech Crunch writes, “In light of this, Silicon Valley is the right place to be as IPOs are rare (almost non-existent) in Switzerland. Be it the size of the market, the vibrancy of the stock market or the number of VCs, California-based biotechs have the best chance of exiting through a successful and fruitful IPO.”