J&J, Emergent Accuse Each Other Of Violating COVID-19 Vaccine Deal 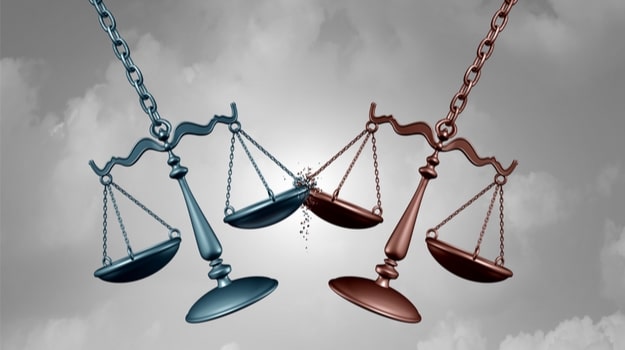 Johnson & Johnson and Emergent BioSolutions are accusing each other of breaching their COVID-19 vaccine supply agreement.

In a formal notice, J&J said that Emergent had failed to supply the vaccine drug substance needed to meet its manufacturing obligations, prompting the former to issue a notice of termination. Conversely, in a securities filing, Emergent claimed that it has also sent a notice of material breach of the agreement to J&J for failing to comply with minimum order requirements and not providing the required forecasts necessary for its order.

"On June 6, 2022, the company provided to Janssen a notice of material breach of the agreement for, among other things, failure by Janssen to provide the company the requisite forecasts of the required quantity of Product to be purchased by Janssen under the agreement and failure to confirm Janssen's intent to not purchase the requisite minimum quantity of the product pursuant to the Agreement; and, instead, wind-down the agreement ahead of fulfilling these minimum requirements," Emergent said in the document.

Johnson & Johnson signed a five-year, $480 million deal with Emergent in 2020 for large-scale drug substance manufacturing for the COVID-19 vaccine Ad26.COV2-S. Under the terms of the deal, Emergent would provide large-scale manufacturing for J&J in 2021. For the subsequent years starting 2023, Emergent would have provided additional support to supply more drug substance batches per year.

"At the time of the [termination] notice, it's [Emergent's] position that payments owed to it by Janssen, if the agreement were to be terminated, would be in the estimated range of approximately $125 million to $420 million," Emergent added.

For its side, Johnson & Johnson told Endpoints News that it is terminating its manufacturing deal because Emergent failed to meet its supply commitments. The pharmaceutical company also called Emergent's SEC filing "false and misleading both with respect to the contrived breach allegation against Johnson & Johnson and in its failure to disclose our prior notice that Johnson & Johnson would terminate the supply agreement."

The issue comes on the heels of controversy at Emergent's Baltimore facility in April, where investigators found that some of AstraZeneca's COVID-19 vaccines were being made in the same location and contaminated a batch of J&J vaccines. A Congressional report details some concerns about Emergent's production processes.

"Documents reveal that immediately before an FDA site visit in February 2021, Emergent employees removed quality-assurance "hold tags" from Johnson & Johnson vaccine batches - which indicated that the containers had a potential quality issue," the report said.

The same report also noted that executives at Emergent had continued to promote the facility's manufacturing capabilities despite knowing of the warnings against its process deficiencies.

"Despite these internal warnings, Emergent entered into contracts with Johnson & Johnson and AstraZeneca to manufacture coronavirus vaccines for $482 million and $174 million, respectively," the report added.

Johnson & Johnson and Emergent have yet to discuss potential resolutions to the exchange of breach of contract accusations as of this writing.