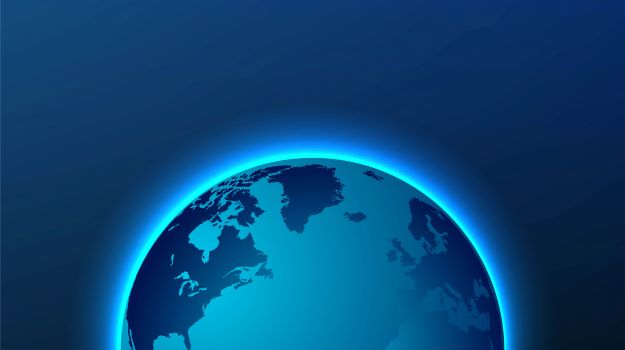 Ireland-based Medtronic surged into 2022 with the acquisition of privately-held Affera, Inc., a company that designs and manufactures cardiac mapping and navigation systems and catheter-based cardiac ablation technologies.

Prior to striking the deal, Medtronic held a 3% stake in the Boston-based company. With the acquisition, Medtronic said its portfolio of advanced cardiac ablation products and accessories will be significantly expanded in order to meet physician needs in an $8 billion market. Assets that Medtronic gained in the deal include a differentiated, focal pulsed field ablation solution, for the treatment of patients with cardiac arrhythmias (irregular heartbeats) such as atrial fibrillation.

Other components in the deal include Affera Prism-1 cardiac mapping and navigation platform and Sphere-9 cardiac ablation catheter. The Affera full-suite of solutions and technologies will complement the existing Medtronic atrial and ventricular arrhythmia disease management portfolio and support the company’s efforts to offer simple, safe, and effective cardiac ablation solutions to improve patient outcomes, Medtronic said in its announcement.

Elsewhere around the Globe:

Cyxone – Sweden-based Cyxone signed a Letter of Agreement (LOA) with a clinical contract research organization that will help advance the clinical Phase IIb trial of Rabeximod in patients with rheumatoid arthritis. The agreement enables Cyxone to expand and intensify start-up activities for the trial, including site selections and regulatory submissions enabling an efficient route to enrolling patients into the trial within the shortest period of time. Rabeximod is potential second line treatment for patients suffering from rheumatoid arthritis who do not respond to current standard of care. This patient population represents 25-40% of diagnosed patients.

Avacta Group – Based in the United Kingdom, Avacta Group plc announced that its available AffiDX SARS-CoV-2 antigen lateral flow test can detect the Omicron variant of COVID-19. The company noted that the test could have reduced sensitivity to the variant. As reported in December, the AffiDX SARS-CoV-2 antigen test has been shown to detect the Omicron variant of the SARS-CoV-2 virus in patient samples in a small clinical study. The antigen test is effective at identifying high viral loads of Omicron, additional laboratory analyses carried out by Avacta indicate that the sensitivity of the test is reduced at lower viral loads.

Celyad Oncology – Belgium-based Celyad Oncology SA provided its 2022 outlook. Following the dose-escalation portion of the IMMUNICY-1 Phase I trial for CYAD-211, Celyad said the next segment of the study will evaluate enhanced lymphodepleting regimens with the aim to improve cell persistence and potentially maximize the clinical benefit of the anti-BCMA CAR T candidate. The IMMUNICY-1 protocol is also expected to allow for CYAD-211 redosing in certain patients. Enrollment in the cohorts evaluating enhanced lymphodepletion is ongoing and additional data from the CYAD-211 IMMUNICY-1 trial are expected in mid-2022.

Hutchmed – China’s Hutchmed initiated a Phase I study in China of HMPL-760, a highly potent, selective, and reversible inhibitor with long target engagement against Bruton’s tyrosine kinase (“BTK”), including wild-type and C481S-mutated BTK. The study is enrolling patients with previously treated chronic lymphocytic leukemia/​small lymphocytic lymphoma (CLL/SLL) or other types of Non-Hodgkin Lymphoma, including patients treated with a prior regimen containing a BTK inhibitor, whose disease carries either wild-type BTK or acquired resistance to first generation BTK inhibitors due to additional mutations to BTK.

EsoCap – Switzerland-based EsoCap entered into a worldwide, antibody licensing agreement with Upadia, to develop targeted therapeutics to treat Barrett’s esophagus (BE). Upadia will provide an exclusive license for its range of highly specific monoclonal antibodies, so EsoCap can develop therapies against BE using EsoCap’s unique, proprietary targeted application technology for the upper gastrointestinal tract. The EsoCap technology offers maximum flexibility, as a wide variety of drug substances, including biologics, can be incorporated into the thin film, making the smart drug delivery platform applicable to many different upper GI diseases.

CanSino – China’s CanSino Biologics, Inc. announced that the National Medical Products Administration of China (NMPA) granted approval for its ACYW135 Meningococcal Conjugate Vaccine, CRM197. This is the first vaccine of its kind in China. The asset will be marketed under the trade name Menhycia. Menhycia covalently binds common pathogenic meningococcal serogroups A, C, W135 and Y to the carrier protein CRM197.

InflaRx NV – Germany-based InflaRx launched a new pipeline program, INF904, an oral small molecule inhibitor of C5aR. InflaRx plans to initiate a Phase I program in the second half of 2022 and plans to study INF904 in complement-mediated, chronic autoimmune and inflammatory diseases where oral administration is the preferred choice for patients, the company said.

LianBio – China’s LianBio announced the first patient has been dosed in the Phase III EXPLORER-CN clinical trial of mavacamten in Chinese patients with symptomatic obstructive hypertrophic cardiomyopathy (oHCM). Mavacamten is a potential first-in-class allosteric modulator of cardiac myosin in development for the treatment of conditions in which excessive cardiac contractility and impaired diastolic filling of the heart are the underlying cause of disease.

BioNTech – Germany’s BioNTech and Crescendo Biologics entered into a multi-target discovery collaboration to develop novel immunotherapies for the treatment of patients with cancer and other diseases. The initial term of the discovery collaboration is three years. The companies will partner to deliver fully human heavy-chain antibody domains (Humabody VH) against targets nominated by BioNTech. Humabodies represent a novel class of therapeutics that retain the high-affinity binding and specificity of conventional therapeutic antibodies.

Recce Pharmaceuticals – Australia’s Recce posted positive Phase I data from its study of RECCE 327. Based upon clinical data readouts, an independent safety committee approved a threefold increase, from 50 mg to 150 mg.

H.E.L Group – London’s H.E.L. Group expanded its operations in India. With the move, the company will form a wholly-owned subsidiary, H.E.L India. H.E.L will create a dedicated regional hub to provide in-country support directly to customers.