Gene Therapy could Change the Goalpost in Sickle Cell Disease 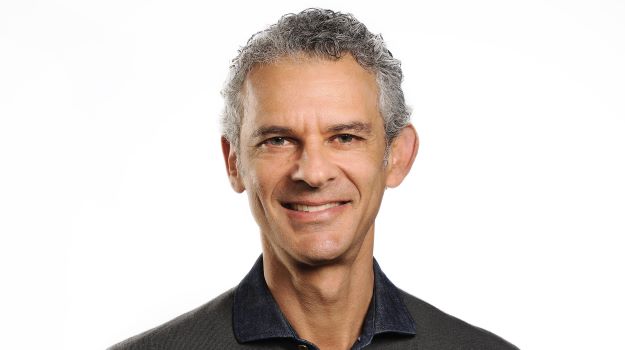 Despite a recent spate of FDA approvals for sickle cell disease (SCD), there is still significant unmet need for patients – namely, a treatment that can correct the culprit behind the disease. This may be where experimental gene therapies can play a significant role.

SCD has been called the world’s oldest-known hereditary disease. Affecting an estimated 100 million people across the globe, it is caused by a mutation in the β-globin gene that leads to the production of abnormal sickle hemoglobin.

There are multiple drugs already approved by the FDA for the treatment of SCD. In 2017, Endari (L-glutamine oral powder), developed by Emmaus Life Sciences, became the first new SCD treatment in nearly 20 years.

Another milestone occurred in 2019, when the FDA greenlit Oxbryta (voxelotor), developed by Global Blood Therapeutics. Oxbryta was considered the first medicine aimed at the root of the disease.

That same year, Novartis received approval for Adakveo (crizanlizumab-tmca) to reduce the frequency of vaso-occlusive crises (VOCs), or pain crises, in adults and children aged 16 years and older with SCD. And just last year, Chiesi’s Ferriprox received expanded approval to treat transfusional iron overload caused by SCD or other anemias.

While worthy advances, companies such as Graphite Bio, bluebird bio, Vertex Pharmaceuticals and Editas Medicine have loftier ambitions in SCD.

Josh Lehrer, M.D., CEO of Bay Area-based Graphite Bio, is no stranger to SCD. He was part of the Global Blood Therapeutics team that developed Oxbryta.

Even when Oxbryta was winning FDA approval, Lehrer told BioSpace he and his colleagues believed more could be done to address the underlying cause of SCD. With nulabeglogene autogedtemcel (nula-cel), Lehrer believes we are now closer to that reality.

Graphite Bio dosed its first patient with nula-cel in the Phase I/II CEDAR trial. Nula-cel is the first therapy to be administered to any kind of patient that has the potential to correct a genetic mutation and change a gene to the normal version, Lehrer said.

Although multiple companies are working on gene therapies for SCD, Lehrer said nula-cel is a different approach. He likened the therapy to a word processor that can go back into a misspelling and correct the word. The correction offered by nula-cel will provide patients with a normal genotype and potentially lead to a cure, he said.

“The ideal solution is to directly fix it (the genotype), change the DNA at the patient level,” Lehrer said. “Without that change, people will still be able to pass along the gene to descendants.”

While there are three distinct forms of the disease, Lehrer speculated that nula-cel, should it work as intended, will be an effective treatment for all patients. Graphite Bio anticipates initial proof-of-concept data from the CEDAR trial in mid-2023.

While SCD was known as the first genetic disease, Rich Colvin, M.D., Ph.D., chief medical officer of bluebird bio, said research into the illness has lagged behind what has been seen in other diseases.

“The disease is complicated. It sounds simple but they (abnormal blood cells) are circulating everywhere in the body and create issues everywhere,” Colvin told BioSpace.

What complicates the issue are the VOCs that lead to significant pain. People experience pain in the lungs or other organs because cells are bunching up and not flowing through the organs as they should. While there are drugs such as Adakveo aimed at VOCs, Colvin said by and large, medical experts have been “putting Band-Aids on the issue rather than trying to solve it.”

Although currently under a partial clinical hold for patients under the age of 18, bluebird’s experimental LentiGlobin gene therapy for SCD has been administered to more than 50 patients with nearly eight years of follow-up data. Of those patients, Colvin said one of the cohorts will be of particular interest to the FDA when it evaluates the company’s Biologics License Application.

The registrational cohort includes approximately 30 patients. At the time of the BLA filing, which is expected in early 2023, Colvin said the patients will have a median of 26 months of efficacy follow-up and more than four and a half years of follow-up for some.

Those patients experienced complete resolution of severe vaso-occlusive events, which Colvin called a transformative outcome. Some have a history of as many as 25 severe VOEs in the years prior to treatment with lovo-cel, Colvin noted. “We’re seeing real clinical outcomes,” he said.

Last month, Vertex and partner CRISPR Therapeutics announced plans to submit a BLA for exagamglogene autotemcel (exa-cel) in November. The submission will be part of a rolling review for the regulatory agency and is expected to be completed by the end of the first quarter in 2023.

Exa-cel is being developed for both sickle cell and beta-thalassemia, another blood disorder.

This summer, Editas shared a positive update from its gene therapy EDIT-301. The therapy, currently being studied in the Phase I/II RUBY trial, is designed to edit the HBG1/2 promoter to disrupt the binding site of BCL11a and ameliorate symptoms of SCD.

In July, Editas announced the dosing and confirmed successful neutrophil and platelet engraftment of the first patient in the trial. The company simultaneously announced it had successfully edited CD34+ cells from patients in preparation for reinfusion and remains on track to announce top-line clinical data by year-end.

"Successful neutrophil and platelet engraftment is an important signal to tell us EDIT-301 is working because it means that the cells reinfused to a patient have been accepted by the patient’s body and have begun to function and create new blood cells as intended," Mei said.

EDIT-301 was awarded Rare Pediatric Disease designation for the treatment of both SCD and beta thalassemia.

These experimental gene therapies have the potential to transform the treatment landscape of the millions of people with SCD across the world should they be approved.

“This is an exciting time in sickle cell,” Colvin said. He noted that bluebird and other companies are committed to addressing this disease that has gone under-served for a long time.