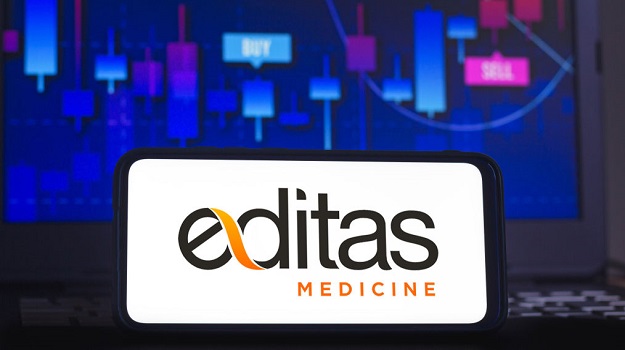 Only weeks after announcing a new chief executive officer and chief medical officer, Editas Medicine reported promising early data for its Phase I/II RUBY trial of EDIT-301 for severe sickle cell disease (SCD). The dosing of the first patient was the first time the company’s engineered AsCas12a enzyme has been used to edit human cells in a trial.

EDIT-301 is a cell therapy being developed for severe sickle cell disease and transfusion-dependent beta-thalassemia (TDT). The therapy is made up of patient-derived CD34+ hematopoietic stem and progenitor cells edited at the gamma-globin gene (HBG1 and HBG2) promoters. These sites are where naturally occurring fetal hemoglobin (HbF) inducing mutations occur. They are edited via a highly specific and efficient proprietary engineered AsCas12a nuclease.

The company is working to initiate the Phase I/II EDITHAL trial of the therapy for TDT and hopes to dose the first TDT patient this year.

“It’s an exciting time at Editas as we continue to build momentum for our EDIT-301 program,” Gilmore O’Neill, president and chief executive officer of Editas, said. “Dosing and successful engraftment of the first patient coupled with the FDA’s removal of the partial clinical hold on the RUBY trial are important steps toward our goal of bringing this new and promising treatment to people living with sickle cell disease and thalassemia.”

O’Neill took over the company on June 1. Prior to taking the reins of Editas, O’Neill was chief medical officer at Sarepta Therapeutics, which focuses on gene therapies for rare diseases, most notably Duchenne muscular dystrophy (DMD). Editas is focused on gene editing using variations on CRISPR-Cas9 technology. O’Neill replaced James Mullen, who shifted to executive chairman of the board of directors.

When he took over, O’Neill said his focus would be on executing Editas’ research and development programs and driving them into and through the clinic. He also planned to evaluate various business development opportunities, including potential external financial raises. His first move was to appoint a new chief medical officer, Dr. Baisong Mei, M.D., Ph.D., in late July. Mei was most recently senior global project head in rare disease and rare blood disorders at Sanofi.

Another of the company’s lead products is EDIT-101, an in vivo gene-edited therapy being developed for Leber Congenital Amaurosis 10 (LCA10). This is a CEP290-related degenerative disorder of the retina. Last year, the company released data demonstrating positive evidence of clinical benefit and a positive safety profile. The company expects more clinical data this year. In April, Editas dosed the first pediatric patients with EDIT-101, the first time a juvenile was treated in vivo with an experimental CRISPR-based gene therapy.

Edit-301 received orphan drug designation from the U.S. Food and Drug Administration for beta thalassemia earlier this year. It previously received rare pediatric disease designation for TBT and SCD. Topline data from the Phase I/II RUBY trial in SCD is expected by the end of this year.