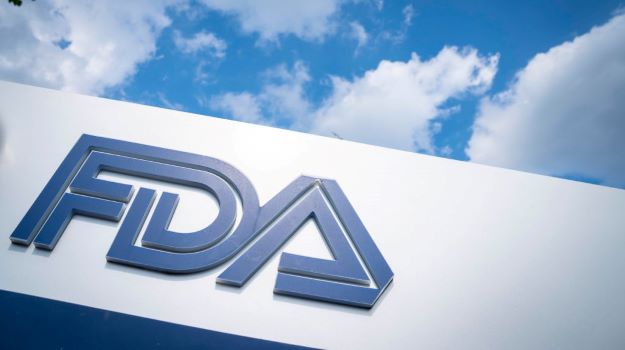 The end of July is busy for the U.S. Food and Drug Administration, with a number of PDUFA dates filling the calendar. Here’s a look.

Coherus BioSciences has a target action date for its 351(k) Biologics License Application (BLA) for CHS-201 for August 2. The drug is a biosimilar candidate of reference product Genentech’s Lucentis (ranibizumab). The BLA was submitted by Coherus’ partner, Bioeq AG; Coherus acquired the U.S. commercial rights for the drug in 2019. The drug is for wet age-related macular degeneration.

“We are gratified that the CHS-201 BLA was accepted for review as it represents yet another milestone on our mission to expand access to important medicines while delivering substantial savings to the U.S. health care system,” Danny Lanfear, chief executive officer of Coherus, said in an October 2021 statement.

Sanofi had a target action date of August 3 for its supplemental Biologics License Application (sBLA) for Dupixent (dupilumab) 300 mg weekly for adults and pediatric patients 12 years and older with eosinophilic esophagitis (EoE). It was approved for this indication in May.

The submission was based on data from two Phase III trials and data from an active, long-term extension study. The drug significantly improved the signs and symptoms of EoE at 24 weeks compared to placebo, including the ability to swallow and decreases in eosinophil count in the esophagus. It was reviewed under Priority Review.

On July 14, Sanofi and Regeneron Pharmaceuticals, who partner on the drug, announced positive results from a Phase III trial of the drug in kids ages one to 11 years with EoE. It hit the primary endpoint of histological disease remission at 16 weeks with higher and lower dose weight-tiered dosages. There was an 86% decrease in peak esophageal intraepithelial eosinophil count from baseline compared to a 21% increase for placebo.

Acadia Pharmaceuticals has a target action date of August 4 for its resubmitted sNDA for pimavanserin for hallucinations and delusions associated with Alzheimer’s disease psychosis (ADP). The drug is a selective serotonin inverse agonist and antagonist preferentially targeting 5-HT2A receptors. These receptors are believed to play an essential role in neuropsychiatric disorders. The drug is approved as Nuplazid in the U.S. for hallucinations and delusions associated with Parkinson’s disease psychosis.

On June 18, the company announced the FDA’s Psychopharmacologic Drugs Advisory Committee (PDAC) meeting. The PDAC voted 9 to 3 that the data presented did not support a conclusion that the drug was effective for the treatment of hallucinations and delusions in the ADP population. The agency is not required to follow the advice of its advisory committees, although they often do.

The negative vote came after the question, “Does the available evidence support a conclusion that pimavanserin is effective for the treatment of hallucinations and delusions in the ADP population?”

In general, the “no” voters recognized the unmet need in the field but felt the data wasn’t as convincing as it should be. Several suggested they would like to see a randomized trial in ADP, one that was larger than the ones that the sNDA was built upon.

Myovant Sciences and Pfizer have a target action date of August 6 for their sNDA for Myfembree (relugolix 40 mg, estradiol 1 mg, and norethindrone acetate 0.5 mg) for the management of moderate to severe pain associated with endometriosis. The FDA requested additional information from the companies related to bone mineral density, then extended the target action date by three months. The drug was approved in the U.S. in 2021 for the management of heavy menstrual bleeding associated with uterine fibroids in premenopausal women.

Patients who completed the 24-week pivotal LIBERTY 1 and 2 trials were given the option to receive the drug for another 28 weeks in an open-label extension study. Women who met the definition of responder from those studies could participate in an additional 52-week randomized withdrawal study to evaluate the drug’s safety and efficacy data over two years of taking the drug. Bone mineral density remained stable in women who received the drug in the randomized withdrawal study. Also, mineral density was maintained for two years in the subset of women who received the drug continuously.