As Liquid Biopsies Grow, Who's Going to Pay? 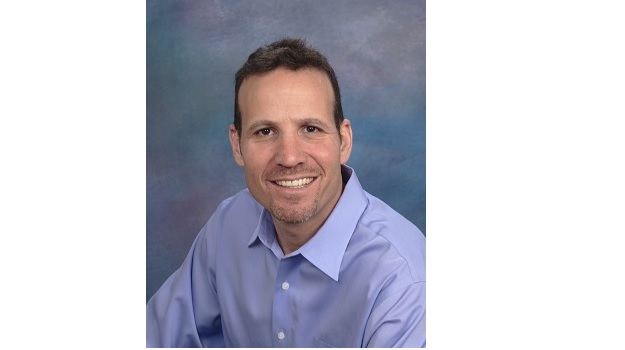 The last couple years have seen a lot of movement in the so-called liquid biopsy market. A liquid biopsy, compared to a solid tissue biopsy, is a test performed on blood to look for cancer cells or DNA from a tumor circulating in the blood. They are also being used to detect other diseases as well. The key difference between a liquid biopsy and a traditional clinical blood test is the focus on identifying cells or DNA from whatever illness is being tested for. In some cases, the liquid biopsy is being conducted as a broad screening test utilizing next-generation sequencing.

For example, in July 2018, Redwood City, Calif.-based Karius developed technology that can diagnose infectious disease through a simple blood test. In this case, the Karius Test was able to identify fungi, Aspergillus and non-Aspergillus mold, in the blood of patients with proven invasive fungal infections (IFI) that previously required biopsies of infected tissue.

A year before, Verily Life Sciences, one of Google/Alphabet’s companies, invested in Freenome. Freenome is focused on utilizing a liquid biopsy diagnostic platform to detect the cell-free DNA of cancer—in other words, identifying free-floating cancer DNA in the blood. Another company, Apostle, is developing a bioinformatics diagnostics liquid biopsy platform for cancer. And in early January 2016, Illumina, leader of DNA sequencing technology, launched Grail Bio to develop a liquid biopsy test for cancer.

Ilan Danieli, chief executive officer and co-founder of Precipio, a company with a liquid biopsy technology, took time to talk to BioSpace about the company and the economics of liquid biopsies.

Precipio, based in New Haven, Connecticut, was founded in 2011 with a goal of fighting the problem of misdiagnosis. It offers a number of services and products, ranging from primary diagnostic services to academic research collaboration, as well as its ICE COLD-PCR (ICP) technology. In June 2017, Precipio Diagnostics merged with Transgenomic. From that acquisition, Precipio picked up the ICP technology, which is a liquid biopsy platform. It is dubbed multiplexed ICE COLD-PCR (Improved and Complete Enrichment CO-amplification at Lower Denaturation temperature) technology, which preferentially enriches mutant DNA sequences through selective amplification. What this means is that when you take a blood sample, there is usually much more “normal” (wild-type) DNA in the blood than cancer DNA. In a typical PCR test, which amplifies DNA, you amplify all DNA, which can make picking out the cancer DNA difficult. Their technology primarily amplifies the cancer DNA, which results in a 500-fold increase in sensitivity in identifying the appropriation mutations.

Danieli tells BioSpace, “It does it in a very focused, targeted and cheap manner.  It is a pre-preparation reagent, so it then fits into any downstream process, whether it’s PCR or NGS. One of the nice things about it is that from a lab perspective, rather than everything coming to us and we run them, we actually enable any lab to use our platform in a quick, cheap and profitable manner.”

He emphasizes that, broadly speaking, liquid biopsies have two key applications. One is screening, the second is monitoring. “Stating the obvious,” Danieli says, “screening is for people who might be pre-cancer, healthy patients who wonder if there’s anything in their genetics that might warn of cancer, something in their family history, things like that. The second application is monitoring patients.”

Monitoring is for patients on chemotherapy or in cancer remission. Chemotherapy can change tumor DNA, which can change the cancer enough to require different drugs, and in patients in remission, changes in DNA can be precursors to cancer recurrence.

Which brings up a significant economic point. Many companies entering the field of liquid biopsies are focused on screening and have broad, multi-gene panels that cost anywhere from $5,000 to $10,000. Payers are often unwilling to reimburse broad screening tests.

Precipio, in terms of liquid biopsies, is concentrating on monitoring. Danieli says, “We’ve developed two very focused, targeted panels that cost in the range of about $100. That becomes a price point — particularly given that chemotherapy is costing the system $1,000 to $2,500 a month — that makes sense to make sure the chemotherapy is targeting the appropriate cancer types.”

Danieli says, “I think it’s a situation where technology eclipsed clinical utility. Companies got really good really fast. A 5-gene panel was super cool, then a year later, a 50-gene panel, then 150…. The tech exploded but left behind what to do with all this information. That is lagging far behind and I think that’s the problem for payers—that's great, but it doesn’t have any utility, so why am I being asked to pay for it?’”

Precipio also has a drug research-and-development component, working with biopharma companies to develop screening tests that can be used in clinical trials for targeted therapeutics. Danieli notes, “During the development process, they want to be able to test patients during their clinical trials for the presence or absence of their gene mutations. Running an NGS panel multiple times on thousands of patients over many years, those numbers add up really quickly.”

There are two advantages to Precipio’s technology. First, the running cost is much more inexpensive than most other screening technology. And secondly, Danieli says, “It’s flexible and dynamic. We can easily in 10 to 12 weeks develop a test panel for any pharma company. We can very, very quickly and inexpensively custom design an ICP for them. That’s very appealing for pharma companies. They can have a tool they can use during R&D and validation, but also afterward that the market can use.”

Danieli’s argument is that many companies offering the broad, complex screening liquid biopsy test don’t seem to have a viable economic model, at least not until prices come down dramatically. But liquid biopsies that focus on monitoring instead of screening, and can provide a low price point for the multiple testing cancer treatment monitoring requires, can have a strong position in the market. “There’s no doubt liquid biopsy is going to play a key role in diagnosis and treating cancer patients.”