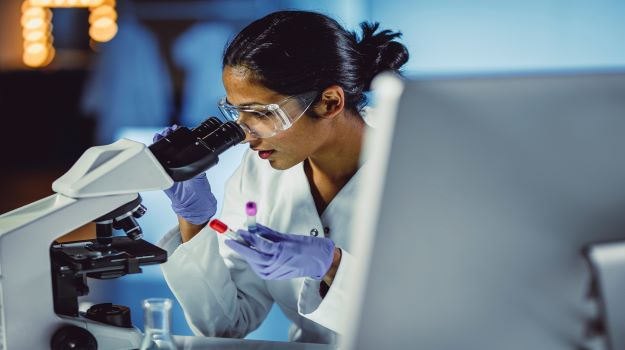 Vectibix is Amgen's monoclonal anti-epidermal growth factor receptor (anti-EGFR) antibody. The objective response rate (ORR) in the trial was 30%, which is significant, as David M. Reese, M.D., executive vice president of Research and Development at Amgen, stated that for this patient population, treatment response rates can be as low as 2%.

The data was presented during an oral session on Monday at the European Society for Medical Oncology (ESMO) Annual Meeting in Paris, France.

As a result of this positive data, Reese said Amgen will "continue to focus on combination approaches in colorectal cancer, including advancing CodeBreaK 300, the Phase III LUMAKRAS plus Vectibix trial in the chemotherapy-refractory patient population."

The Phase Ib/II trial cohort K met the primary endpoint. Of the participants assessed, 10.5% achieved a complete response and 53.9% demonstrated a partial response. The median duration of response (DOR) per BICR was not reached.

Among 16 presentations at ESMO, Regeneron  announced positive clinical data from a combination therapy of Libtayo (cemiplimab) as neoadjuvant monotherapy in stage II to IV resectable CSCC.

The data, from the primary analysis of a confirmatory Phase II trial, was also published in the New England Journal of Medicine.

There was a 68% objective response rate (ORR) with 5 complete responses and 49 partial responses per local imaging review.

“This is exactly what our broad pipeline is trying to do,” using a variety of approaches to turn “cold tumors” into “hot tumors,” David Weinreich, M.D., EVP, global clinical development at Regeneron, said in a Monday webcast.

“This is particularly notable given the PATHFINDER population was heavily screened with higher-than-average rates for mammography, colonoscopy and low-dose CT lung scans,” Venstrom added.

"We are far more likely to have a cancer we aren't being screened for with standard single screening tests, so we need to transition from only screening for individual cancers to also screening individuals for cancer," Josh Ofman, president at GRAIL, told BioSpace. "We are very pleased with the PATHFINDER  results. Adding GRAIL's multi-cancer early detection test to standard-of-care screening more than doubled the number of cancers diagnosed in the population studied compared with standard screening alone. In fact, 71% of the participants whose cancers were found with our MCED test were diagnosed with cancers that do not have routine screening."

Lyell Immunopharma announced a poster of its first-in-human Phase I trial design for LYL797. The drug is an ROR1-targeted CAR T-cell therapy for the treatment of solid tumors. It is specifically targeting patients with receptor tyrosine kinase-like orphan receptor 1-positive (ROR1+) solid tumors.