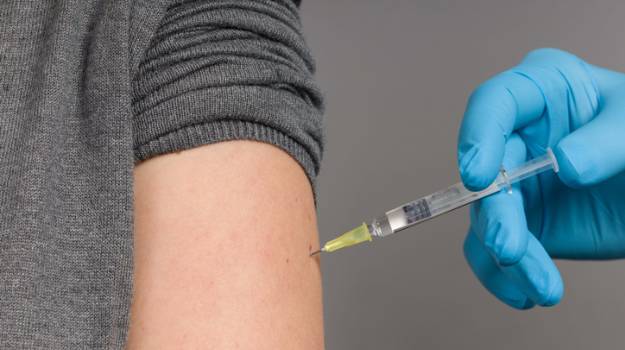 While the world’s wealthiest countries are paying hesitant citizens to get vaccinated against COVID-19 and stockpiling vaccine supply for potential booster shots, the developing world is struggling to get even a first vaccine into the arms of its citizens. The fact that some of this supply is about to reach its expiration date just adds insult to injury.

That sentiment is more harsh than these countries may deserve, however, as the logistics of an unprecedented emergency vaccine roll-out play a role. Once thawed, pharmacies have 30 days to use the Moderna and Pfizer mRNA vaccines before they must dispose of them.

According to a survey conducted by the New York Times, around one million doses have been destroyed across ten states since the U.S. began administering the vaccine in December. Alongside canceled appointments, the primary stated reasons include breakage, storage, and transportation issues. The data shows that the majority of this has occurred as demand decreased in recent months. It has been steadily ramping back up during the past month, as straggler states have been hit hard by the Delta variant.

At least 4.36 billion doses of various COVID-19 vaccines have now been distributed across the globe, and seven different vaccines are being utilized in at least one country. Looking at these numbers on the whole, the rollout is impressive and developed nations are largely winning the fight against the SARS-CoV-2 virus. It’s only when drilling down further that the disparities begin to jump out.

In India, only 8.3% of the population is fully vaccinated, while Sudan, Myanmar, and Ethiopia all have blank spaces beside their names in that category.

In what is being called “the Pfizer cliff”, a significant amount of doses of that vaccine are expected to expire in August, but officials are hopeful that this timeline will be pushed back like it was with the Johnson & Johnson vaccine as new stability data emerged.

This is not to say that states and Canadian provinces aren’t trying to maximize the valuable capital.

Many states have inquired about redistributing unused vaccines abroad but have been turned away by federal regulations that prohibit recalling doses once they are shipped out. The federal government owns these vaccines, and will not allow individual states to relocate them.

“We would prefer to waste zero doses. If we have it, let’s get it in somebody’s arm,” said Chris Kopach, COVID incident commander at the University of Arizona, where a large amount of Pfizer vaccines are about to expire. Kopach had an idea. He wanted to deploy mobile clinics to share the doses with neighboring Mexico – which trails the U.S. by more than half in terms of citizens fully vaccinated at 21%.

“It’s a great opportunity to partner with our neighbors. Could we just give it to Mexico? In reality, it’s not for me to give,” he said.

Last week, pharmacists in Ontario expressed concern about thousands of Moderna vaccines that were set to expire on August 6. Ontario Pharmacist Association (OPA) chief executive Justin Bates said that plans to transfer the vaccines to other parts of the medical system were under consideration to avoid waste.

With the Delta variant running rampant, it can be argued that countries need to hold onto reserves in case the need arises for booster shots. But as of the first week of April, the U.S. had secured enough doses to fully vaccinate 650 million people – nearly twice its population.

“As of the end of July, we had enough to fully dose everyone who was then eligible, and we are supposed to have 95 million doses of mRNA vaccines by the end of September,” Houston said.

For a population of 38 million people, which includes children under 12 who are not yet eligible for a vaccine, this is nearly enough to cover a third booster shot for anybody who wants one. The number also does not account for supplies of either the Johnson & Johnson or AstraZeneca vaccines, both of which are approved in the country.

Recently, the World Health Organization (WHO) called for a moratorium on vaccine boosters until at least September to allow countries that are lagging in supply to catch up to having at least 10% of their population vaccinated.

WHO director-general Dr. Tedros Adhanom Ghebreyesus, said it was “unacceptable” that high-income countries that have used most of the supply of vaccine would consider using more of it.

COVAX, whose aim is to guarantee fair and equitable access to COVID-19 vaccines for every country in the world, was set up during the early days of the pandemic by WHO, CEPI and Gavi, the Vaccine Alliance, to hedge against vaccine hoarding by wealthier countries. While commending the initiative and Canada’s contributions to it, Houston pointed out its flaws.

“Canada was a generous financial funder of COVAX, but at the same time, it was actively competing for the same doses,” he said.

With many of the world’s nations still well below the 10% full vaccination threshold Ghebreyesus is hoping to reach, it may be difficult to see a few thousand wasted vaccine doses as more than a drop in the bucket. So, Houston suggested looking at the situation through a different aperture.

“Countries like Chad, like the Central African Republic, that have millions of people, are measuring their number of physicians in the hundreds. [Canada has over 90,000]. If you measure your physicians in the hundreds, it does not take a lot of doses of vaccine to fully vaccinate every physician. Nurses, it will be a somewhat larger number, but to protect these most vulnerable populations, we're really not talking all that much vaccine,” he said.  “We’re already talking about very, very vulnerable health systems. These countries can’t spare healthcare workers.”