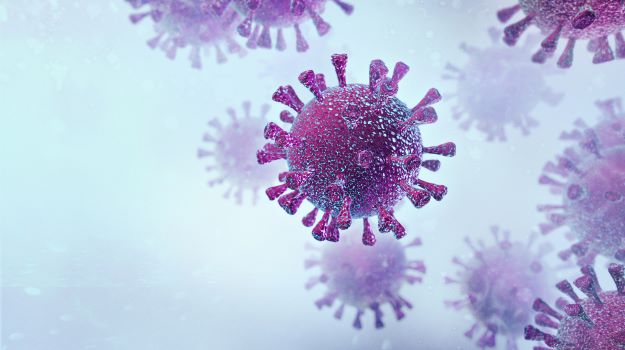 While COVID-19 appears to be battling back in cold-weather states in the U.S. and parts of Europe, researchers continue to study vaccine efficacy and new approaches to dosing. Here's a look.

A research study out of Turkey reported that China's CoronaVac COVID-19 vaccine had 83.5% efficacy against laboratory-confirmed symptomatic COVID-19. An earlier study of the vaccine in Brazil suggested 50.7% efficacy, and an Indonesian trial reported 65.3% efficacy. The study, published in The Lancet, noted a high proportion of hospitalized COVID-19 cases in the placebo group compared to the Brazilian and Indonesian studies. They also think that milder cases might have been missed in the trial, which would skew the efficacy towards a higher value because the CoronaVac, like other vaccines, has greater efficacy against severe disease than a mild disease.

Data from AstraZeneca's PROVENT prevention and TACKLE outpatient treatment Phase III trials of AZD7442, their long-acting antibody (LAAB) cocktail, reduced the risk of developing symptomatic disease compared to placebo by about 83% to 88%. The PROVENT study evaluated the cocktail for pre-exposure prophylaxis of symptomatic disease, including high-risk and immunocompromised people. More than 75% in the study had comorbidities that put them at high risk for severe COVID-19 and had 83% decreased risk. The TACKLE study showed that the cocktail reduced the risk of severe disease or death by 88% compared to the placebo.

Currently, all authorized and approved COVID-19 vaccines are given in intramuscular shots. Several research projects are ongoing to develop vaccines that could be dosed in a nasal spray. A study published by researchers in China on the bioRxiv preprint server, meaning it is not yet peer-reviewed, described a nasal COVID-19 vaccine created by inserting a gene encoding the receptor-binding domain (RBD) of the SARS-CoV-2 spike protein into a live attenuated influenza virus (LAIV) vector. It could overcome the limitations of intramuscular vaccines and still improve efficacy. At this point, it has only been tested in golden Syrian hamsters.

Major Spike in COVID Cases in the Upper Midwest

The Upper Midwest, including Michigan, Wisconsin and Minnesota, is experiencing a severe spike of COVID-19 cases. Cases in Minnesota are up 47% in the last week from the week before, with hospital admissions up 24%. The largest increase is in people ages 30 to 49. Although cases appear to be climbing across the country, the northern states are heading the surge. In Michigan, pediatric patients are nearing record levels, with 60 children hospitalized this week, a 54% climb in two weeks. Detroit reported 3,858 new cases in the last 14 days. Only 35% of eligible Detroit residents are fully vaccinated.

"Joshua Huelster, a critical care physician at Abbott Northwestern Hospital in Minneapolis, told CBS News, "The vast majority of patients that we see in the ICU are not vaccinated."

It appears that cold-weather states are being hit the hardest, including New Hampshire, North Dakota and Wisconsin. That isn't to say the warm-weather states aren't having issues — 90% of inpatient hospital beds are filled in Arizona.

After a federal appeals court halted a Biden administration Occupational Safety and Health Administration (OSHA) vaccine mandate for businesses, the administration suspended the review's enforcement. In a statement, the agency said it "has suspended activities related to the implementation and enforcement" of the requirements "pending further developments in the litigation."

Various groups, including Republican attorneys general, the National Retail Federation, American Trucking Associations, and the National Federation of Independent Business, sued to overturn the requirements. Those cases were moved to the Sixth Circuit Court of Appeals in Ohio after the Biden administration asked the 34 lawsuits be consolidated in a single court via random selection.

Austria is entering a fourth national lockdown after a new COVID-19 surge. In addition, the country has made vaccination mandatory. The lockdown will last for a maximum of 20 days, although the initial period is 10 days, while the vaccine mandate doesn't kick in until February 1, 2022. Austria recorded 15,145 new cases on November 18, a new record high for daily cases. Approximately 65% of the country's population has been fully vaccinated, which Chancellor Alexander Schallenberg described as "shamefully low."

Austria's situation is the leading edge of what appears to be occurring throughout Europe. Germany reported more than 65,000 new cases on November 18, although the country's health officials warn that the actual numbers might be two or three times higher. The Netherlands reported 20,000 new cases on November 17, the third day of record numbers, and France is reporting a fifth wave, with 20,000 new cases reported on the 17th, the highest numbers since August 25. The Netherlands has installed a partial lockdown, but other European countries are resistant due to earlier economic damage caused by them. They are instead implementing more COVID-19 rules and the use of COVID-19 passports.