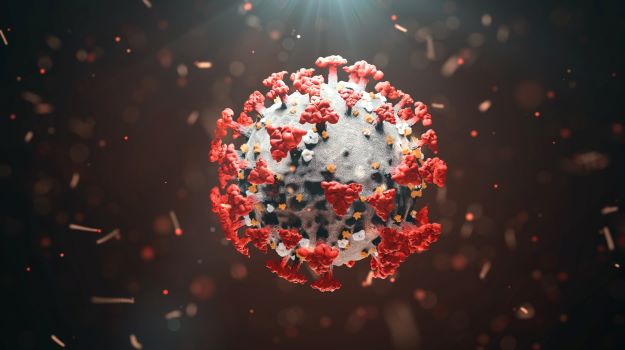 It’s the chronic disease that will likely define the first half of this decade – and it’s already all too familiar to many COVID-19 survivors. While the space is just beginning to emerge, therapies for long-haul COVID-19 patients are still very much an unmet need.

So first, what exactly is a COVID-19 long-hauler?

“If you look at the CDC’s website, it says that if you have a mild case of COVID-19 you could expect to recover in about two weeks. So, it starts to tell us that if people are taking longer than two weeks to feel better, they’re starting to get into that long-haulers zone. From what I’ve seen is, most of the people that I’m collecting data on, they’ve been sick for actually many, many months,” said Dr. Natalie Lambert, Ph.D., an associate research professor in biostatistics at the Indiana University School of Medicine, on a recent episode of Rooney Partners (RP) HealthCast.

While there are a myriad of symptoms associated with the illness often referred to as long COVID, including brain fog and fatigue, a large number of the therapies currently in development are geared toward the lasting lung fibrosis and respiratory problems.

Throughout the past couple of months, BioSpace has spoken with a number of companies dipping their toes into these waters, including Organicell Regenerative Medicine Inc, PureTech Health Plc., CytoDyn Inc. and Bionano Genomics.

LYT-100 is an anti-fibrotic and anti-inflammatory oral small molecule intended to treat illnesses involving inflammation and fibrosis, and disorders of lymphatic flow such as idiopathic pulmonary fibrosis (IPF) and lymphedema.

The trial is ongoing in the U.S. and Europe, and Chen told BioSpace that PureTech expects results in the second half of 2021.

Miami, Florida-based Organicell, a clinical-stage biopharmaceutical company focused on harnessing the power of nanoparticles for the treatment of degenerative diseases, is awaiting a decision from the FDA regarding an Investigational New Drug (IND) application for a clinical trial of its proprietary therapeutic Zofin™ in COVID long-haulers.

"We had an important call with FDA mid-January and now again have submitted and waiting for their final approval. Long Hauler population is so new and finally, FDA has set their framework in place for this population," said Organicell Chief Science Officer Dr. Mari Mitrani.

Organicell is in the midst of a placebo-controlled, randomized multi-center Phase I/II trial investigating Zofin for the treatment of moderate to severe acute respiratory syndrome (SARS) related to current COVID-19. The company has also had success with Zofin in treating four long-hauler patients under emergency INDs.

Mitrani described the case of one of these patients, a previously healthy surgeon and marathon runner who had been in and out of the ICU for seven weeks with COVID-19. He was treated with three doses of Zofin, which is the standard regimen.

“Between the second and the third infusion, he already saw changes in his shortness of breath, fatigue, and muscle aches that he was experiencing, and he was ready to go back to work after 3-4 weeks. He went from totally debilitated to going back to the OR,” Mitrani said. “We understand that this is a single case. We have done four of those single cases and have seen the same results, where patients go back to having less shortness of breath, less muscle aches, less fatigue. That is what drove us to actually file for an IND.”

CytoDyn, a late-stage biotech based in Vancouver, WA, is going up against the cytokine storm responsible for the severity of many COVID-19 symptoms with its lead drug candidate, Vyrologix™ (leronlimab), a monoclonal antibody.

Leronlimab, a viral-entry inhibitor against the CCR5 receptor, was originally intended as an HIV drug. It has shown promise in normalizing the immune response that has gone overboard in severely ill patients. Current data shows a trend toward immune function restoration by day seven of treatment with leronlimab, crucial to preventing opportunistic lung infections that could linger.

“We believe the build-up of pro-inflammatory cytokines within the central nervous system leads to neuroinflammation. Neuroinflammation can affect the hypothalamus, leading to autonomic dysfunction such as high fevers, abnormalities of the sleep/wake cycle, cognitive abnormalities, and severe fatigue. We believe this mechanism of action is very similar to other post-viral syndromes,” CytoDyn Chief Medical Officer and Chairman of the Board, Dr. Scott Kelly told BioSpace.

“Leronlimab is a CCR5 antagonist that can potentially help mitigate the neuroinflammatory process. Prior animal studies in macaques have shown that leronlimab crosses the blood-brain barrier with approximately 70-75% CCR5 receptor occupancy in the brain," Kelly said. "If leronlimab can help alleviate the neuroinflammation, we believe it can significantly improve the quality of life of those affected with COVID Long-Haulers syndrome.”

Leronlimab is currently undergoing a Phase II trial to evaluate its efficacy and safety for patients with prolonged symptoms caused by COVID-19. CytoDyn expects to complete the study by the end of July 2021.

An Ounce of Prevention is Worth a Pound of Cure

San Diego-based Bionano Genomics has an optical genome mapping instrument that can detect structural variations responsible for certain cancers and other developmental disorders. It could also tell us why some COVID-19 patients get sicker than others, and why some individuals’ symptoms linger.

In January, Bionano announced that its diagnostic assay Saphyr was able to detect structural variants in individuals that may make them susceptible to severe COVID-19 disease.

In a study conducted by Dr. Ravindra Kohle, Vice-Chairman of Pathology at the Medical College of Georgia, Augusta University and founder of the COVID-19 Host Genome SV Consortium, Saphyr was used to analyze the genomes of 37 severely ill, ICU-admitted COVID-19 patients.

Against a healthy control group, 11 structural variants (SV) were identified involving 38 genes connected to three key host-viral interaction pathways: innate immunity and inflammatory response, airway resistance to pathogens, and viral replication, spread, and RNA editing. Duplication of one unique SV,STK26, which was not present in the control group, corroborated with data showing upregulation of this gene in severely ill patients.

“Within that group of variants, there was one, in particular, that was seen in a handful of patients. This one made a lot of sense because it was actually a so-called duplication, where one piece of DNA appears twice,” said Bionano chief executive officer, Erik Holmlin.“The thinking is that there are factors in the immune systems of these patients [long haulers] that cause them to really remain off-regulated. This idea of upregulation is that, when we talked about duplication, that’s an example of up-regulation by a factor of two. So upregulation can be something that is driven at the genome level.”

Holmlin explained that the discovery of these genomic variations using Saphyr could lead to the maximizing of resources during the pandemic, as well as more appropriate treatment that could prevent long-haul symptoms down the road.

“If it were possible to stratify those patients as being ones who are highly likely to develop very severe illness and need interventions such as ventilators and other things that were relatively in short supply, that would be incredibly important information,” he said. “If you had that particular variant that we’re talking about here, it’s an indicator of a poor prognosis, but it can be used to get you the treatment that you need, and also used to rule out the need for that kind of treatment for other patients.”