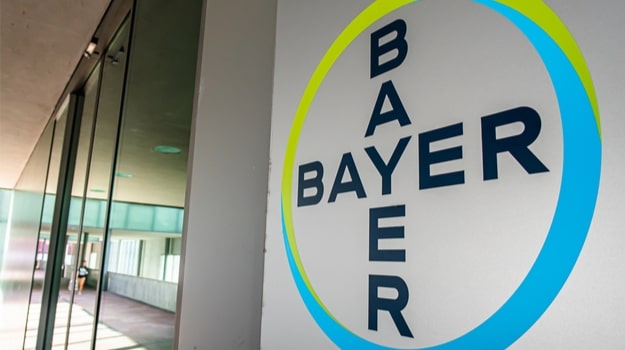 The $140 million center offers Bayer a 62,100-square-foot facility that houses a new center of precision molecular oncology research. The site is equipped with state-of-the-art laboratories and offices for the development of novel targeted cancer therapies for patients. Additionally, the center includes a new research team that is focused on harnessing chemical biology techniques in support of the company’s oncology drug development programs and pipeline.

Sebastian Guth, Ph.D., president of Bayer Pharmaceuticals Americas Region, told BioSpace that the company has seen significant growth in the U.S., in both R&D and commercial operations. He noted that for its nearly 160-year existence, Bayer has not settled but continued to transform itself to address the demand for needed therapies for cancer and other diseases.

“There’s an awful lot of work to do going forward. Patients deserve better, that’s what drives us,” Guth said.

Christine Roth, who is an executive committee member of Bayer’s pharmaceutical division and head of the oncology SBU, agreed, adding that the teams at Bayer desire to make a lasting impact on the patients they serve.

For Bayer, the new facility reflects its ongoing commitment to the oncology space. Bayer has a goal to become a top 10 oncology company by 2030. To do so, Bayer is investing a significant amount of its R&D budget in this space. Bayer said the new oncology research center will drive the development of targeted next-generation cancer therapies. Guth said the whole philosophy of the Kendall Square location is to have a “space to collaborate and push the big, bold ideas of science.”

To help achieve its goal, Bayer has bolstered its oncology leadership with the poaching of Roth and Tara Frenkl, both from GlaxoSmithKline. Roth told BioSpace she chose to come to Bayer because of the company’s commitment to advancing new treatment options in precision medical oncology, targeted radiotherapies and other approaches.

“I sometimes stare out the window and look at the Boston skyline and think about all the people in those big buildings whose lives have been touched by cancer,” she said. “When you look at what Bayer has been able to achieve with three (oncology) drugs launched in the last five years, we’re on the right track.”

In addition to securing top talent in oncology such as Roth and Frenkl, Bayer has been bolting on cell and gene therapy companies to develop new therapeutics in multiple spaces, including oncology. Bayer has quickly built a solid cell and gene therapy platform due to the acquisition of BlueRock in 2019, AskBio in 2020 and Vividion Therapeutics in 2021.

The company’s continued push into oncology has also been supported by an investment of more than €1.3 billion over the next three years from Bayer’s investment unit Leaps by Bayer to support the company’s transformative approach to challenging human diseases.

With that in mind, the new Bay State facility will provide space for 100 employees and Bayer noted in its announcement it plans to add an additional 50 people over the next several months. The innovation center is designed to support the ongoing collaborations the company has with some of its bolted-on cell and gene therapy partners. And, both Roth and Guth said there is room for partnerships with more companies under the Bayer umbrella. Roth said the deals the team makes are not cookie-cutter deals, which means that the bolted-on companies continue to act with degrees of autonomy to continue their research unimpeded by the sometimes sluggish nature of a large corporation.

In addition to the new Kendall Square facility, Bayer has also established strategic research collaborations with scientific partners in Boston. Those partnerships include joint programs in the areas of lung disease with Brigham and Women’s Hospital and Massachusetts General Hospital, as well as precision cardiology with the Broad Institute of MIT and Harvard. Guth said partnerships are essential and expressed an interest in expanding relationships with other companies, as well as academic institutions.

“The opening of our new precision molecular oncology research center in Kendall Square reflects the deep commitment Bayer is making to scale our oncology presence in the United States. It also builds on collaborations already in place in Boston in cardiovascular, another key area of focus for Bayer, with our joint laboratories in precision cardiology with the Broad Institute of MIT and Harvard,” Guth added.

Both Guth and Roth noted that Kendall Square is strategically located for potential partnerships or the hiring of top-level talent. Roth said it’s easy to step outside the doors of Bayer’s facility and bump into five people who are on the cutting edge of research in various fields.

Stefan Oerlich, president of Bayer’s pharmaceuticals division, said the establishment of the new Kendall Square facility is part of the company’s strategy to be at the “forefront of scientific discovery and breakthrough innovation.” Becoming a part of the Kendall Square ecosystem, that one-square-mile hotbed of innovation, will support its team in the goal of “creating breakthrough innovations for patients together with the experts here.”