Frenkl and Roth Together Again as Bayer Builds Oncology Powerhouse 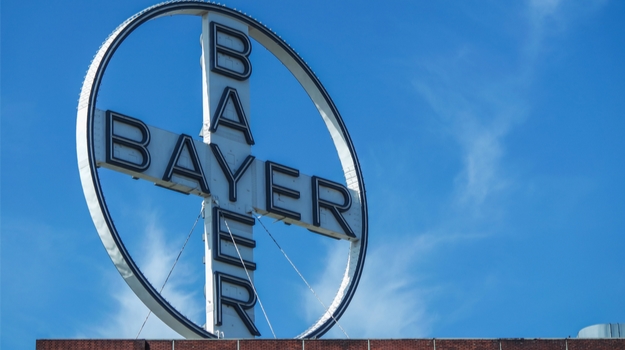 Two months after poaching Christina Roth to head up the Oncology Strategic Business Unit at its pharmaceuticals division, Bayer has lured another top oncology expert from GlaxoSmithKline. Tara Frenkl is joining the Germany-based life sciences giant as the new head of oncology development.

Frenkl comes to Bayer after serving as the senior vice president and head of Medicine Development Leaders in Oncology at GlaxoSmithKline. There, she was responsible for the strategic impact on the global development of drugs within the oncology division. At Bayer, she will report to her old colleague, Roth. Frenkl assumes her new role on Apr. 25.

Roth praised her former and future colleague for her “broad experience, passion and dedication.” She said those character traits go hand in hand with Bayer’s patient-first commitment to developing meaningful therapeutics.

“It is important that we stay focused on the science coupled with speed and innovation to help bring new medications and indications as quickly as possible,” Roth said in a statement. “Tara's leadership style is characterized by expertise and innovative thinking. She brings experience from all aspects of research and development, including clinical development, regulatory and global development strategy.”

Bayer has been investing heavily to transform its pipeline. The company has been bolting on multiple cell and gene therapy companies to develop new therapeutics in multiple spaces, including oncology.

One drug that Frenkl and Roth will likely focus efforts on is Nubeqa, which was previously approved for the treatment of patients with non-metastatic castration-resistant prostate cancer (nmCRPC). Although the rollout for Nubeqa has been slow, Bayer is eying a potential label expansion based on positive Phase III data announced two months ago. Nubeqa (darolutamide), an androgen receptor inhibitor, showed a statistically significant increase in overall survival and reduction in the risk of death in patients with metastatic hormone-sensitive prostate cancer (mHSPC).

Bayer is also assessing Nubeqa in other stages of prostate cancer, hoping to make it a cornerstone drug for that disease. The drug is currently in a Phase III study in metastatic hormone-sensitive prostate cancer (mHSPC) as well as a late-stage trial as an adjuvant treatment for localized prostate cancer with very high risk of recurrence. While Nubeqa could gain traction among prescribers, the prostate cancer space is challenging with established drugs like Pfizer’s Xtandi and Johnson & Johnson’s Erleada.

Complementing Nubeqa in prostate cancer is Xofigo, which has been approved for the treatment of patients with castration-resistant prostate cancer, symptomatic bone metastases and no known visceral metastatic disease.

Bayer also partnered with Atara Biotherapeutics to develop off-the-shelf T-cell immunotherapies for high mesothelin-expressing tumors. The company has also made other moves to support its burgeoning oncology pipeline, as well as in other disease indications.

Bayer’s investment unit, Leaps by Bayer, announced a plan to invest more than €1.3 billion over the next three years to continue its transformative approach to challenging human diseases. Earlier this month, Jürgen Eckhardt, head of Leaps by Bayer, said the investment unit will continue to make strategic investments that will shift its core paradigms.

Bayer’s transformation comes at the same time that GSK has been undergoing its own metamorphosis with a split of its businesses. The U.K. pharma giant is spinning its consumer healthcare business into one company and its pharmaceuticals business into a new entity, currently known as New GSK.

Like Bayer, GlaxoSmithKline has been pushing deeper into oncology over the past several years. The company has flexed its M&A muscle to snap up companies that strengthen its oncology pipeline, including GSK’s 2018 $5.1 billion acquisition of Waltham, Mass.-based Tesaro Oncology and its PARP inhibitor Zejula. Last year, the company forged an agreement with iTeos Therapeutics to develop EOS-448, an anti-TIGIT IgG1 monoclonal antibody. More recently, GSK acquired Sierra Oncology along with its hematology asset, momelotinib, in a $1.9 billion deal. Momelotinib is being developed to address myelofibrosis, a fatal type of cancer of the bone marrow.