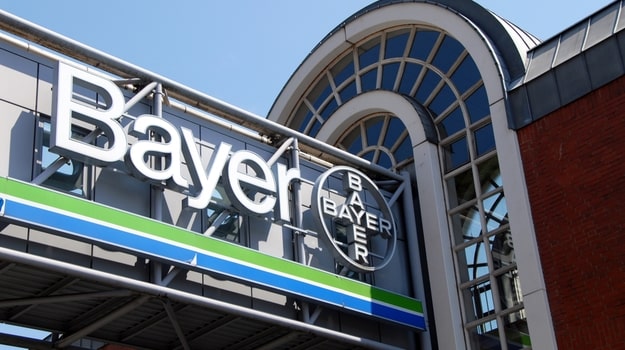 This morning, Bayer said the launch of the new platform is a “deeply transformative” move for its business. Stefan Oelrich, a member of Bayer’s Board of Management and president of the company’s Pharmaceuticals Division, pointed to the impact cell and gene therapies have made in treating diseases and said the company’s goal is to be at the “forefront of this revolution in science.” The company tapped Wolfram Carius, its current vice president of Pharmaceuticals Product Supply, to head the new program.

“The C&GT field is growing at an unprecedented pace. With the establishment of Bayer’s own C&GT Platform our company will propel its presence in this area. This will complement our existing C&GT pipeline which already includes five advanced assets with at least three investigational new drugs annually for the next years,” Oelrich said in a statement.

To boost its cell and gene therapy presence, Bayer said it is strengthening its internal capabilities and will also pursue external strategic collaborations, technology acquisitions and licensing. In October, the company acquired AskBio's AAV-based gene therapy pipeline of treatments and its Pro10 AAV manufacturing process, which has become something of a standard across the industry. The Pro10 AAV process is used by multiple companies, including Pfizer, Takeda and Viralgen Vector Core SA. Bayer now owns AskBio’s pipeline of treatments for Pompe disease, Parkinson’s disease, as well as therapies for neuromuscular, central nervous system, cardiovascular and metabolic diseases.

The addition of AskBio complements Bayer’s other cell and gene therapy company, BlueRock Therapeutics, which it acquired last year. BlueRock is developing induced pluripotent stem cells (iPSC), with its most advanced program aimed at Parkinson’s disease. In addition to the two companies, Bayer also acquired a contract manufacturing organization that specializes in gene therapy. Bayer said it has established a C&GT pipeline that includes five advanced assets and more than fifteen preclinical candidates.

The new C&GT Platform will combine multiple functions by providing support across the entire value chain for the research and development of cell and gene therapies, the company said. This includes support in preclinical development, CMC, clinical programs, project management and more. The platform will guide projects form concept through commercial launch. The goal is to build robust platforms with broad application across different therapeutic areas, the company said.

“The emerging bio revolution represents a once-in-a-lifetime opportunity and a new era for Bayer,” said Carius said in a statement. “A dedicated C&GT Platform is vital to accelerate innovation at its source, and to ensure its translation into tangible therapies for patients who have no time to wait.”

The C&GT Platform will allow its partners to operate autonomously to develop and progress their portfolio and technology. The role of Bayer’s C&GT Platform is to serve as a strategic guide to ensure the different parts of the organization complement each other and combine the “best in Biotech and Pharma know-how.”

The formation of the C&GT Platform comes one day after Bayer and Blackford Analysis entered into a development and license agreement to establish an artificial intelligence (AI) platform for medical imaging. The platform will enable the integration of AI applications into the medical imaging workflow which can support the complex decision-making process of radiologists and is intended to enhance diagnostic confidence, the companies said.

Also this week, Bayer sold most of its stake in Elanco Animal Health for $1.6 billion to cover legal bills from ongoing litigation over the weedkiller Roundup and its alleged role as a carcinogen. Bayer owned approximately 15.5% of Elanco, but faces nearly $11 billion in potential damages related to Roundup lawsuits. In June, the company proposed a $12 billion agreement to resolve Roundup litigation.

Last week, a federal judge rejected a $650 million settlement claim for pollution related to polychlorinated biphenyl, or PCB, which is used to cool heavy-duty electrical equipment.