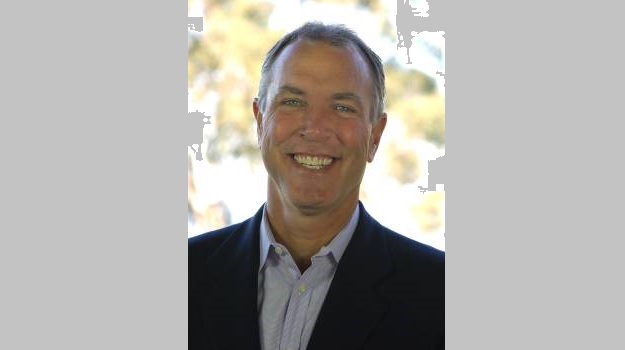 The CNS space was already beginning to heat up when 2021 began, and key events this year only sparked more excitement that science might be on its way to solving some of the most challenging diseases of the brain.

Several new players have also broken onto the CNS therapeutic scene over the past couple of years. One is South San Francisco-based CODA Biotherapeutics, a three-year-old biopharmaceutical company deploying its novel chemogenetic gene therapy platform to treat intractable neurological diseases. A member of BioSpace’s Class of 2021, CODA aims to modify neuronal cell populations using gene therapy to express a tunable ligand-gated ion channel. While the platform has potential in a number of therapeutic areas, including movement disorders and neuropsychology, CODA is first targeting focal epilepsy and chronic neuropathic pain.

Epilepsy, defined by seizures resulting from abnormal brain activity, is a neurological disease with high unmet need. While some manifestations can be managed by antiepileptic drugs, many patients are not this fortunate. Focal seizures – which begin in a small region of the brain and may or may not spread to other areas – occur in approximately half of U.S. epilepsy cases, and over half of those are non-responsive to any drug.

“Those patients just continue to seize uncontrollably their whole life and, kind of horrifically, what's recommended for those patients once drug therapy fails them, is to surgically remove that piece of the hippocampus,” CODA President and CEO Mike Narachi told BioSpace.

Just last week, data presented at the 2021 American Epilepsy Society Meeting demonstrated proof of concept for the CODA platform. The study, conducted by a team of neuroscientists led by Ivan Soltesz, Ph.D, the James R. Doty professor of neurosurgery and neurosciences at Stanford University School of Medicine, showed that by expressing one of CODA’s engineered receptors or ion channels, then adding a specific small molecule drug that activates the ion channel, focal seizures could be stopped. The in vivo study was conducted using a kainic acid model that replicates many features of human temporal lobe epilepsy.

Next, Narachi said, CODA will focus on refinements such as dose-response and durability, as well as evaluate and compare different ion channels to select the best ones to progress as drug development candidates. Once a candidate is selected, Narachi anticipates it will take an additional 18 months to conduct the pre-clinical development studies required to submit an Investigational New Drug (IND) application.

CODA’s mission is to provide bold, innovative therapies that transform the lives of millions of patients. “The key words being ‘bold’ and ‘millions of patients’,” Narachi clarified. As opposed to making an incremental difference, CODA wants to “develop and deliver revolutionary chemogenetic therapies for patients with intractable neurologic disorders.” This approach is intentional, and it’s part of what drew Narachi, an Amgen and Orexigen Therapeutics veteran, to CODA.

“I wanted to be on the cutting edge of the molecular biology cycle, and get involved with something that really had breakthrough potential to solve problems,” he shared. I'm also really interested in making sure that these innovations that we're doing in biotechnology can be available to much more prevalent disease populations.”

Several elements of CODA’s approach make it possible to do this, Narachi explained.

Currently, he said, most gene therapies rely on injecting a transgene systemically in the hope that it can be expressed in a specific tissue by using promoters or capsids with, for example, neuro- or liver-specificity. This is a challenge, however, particularly when it comes to reaching a specific area of the brain, and the massive doses of virus needed drive the cost as high as several hundreds of thousands for just one dose.

“Then, the biggest setback or drawback of today's system is that once this transgene is expressed, it’s always on at unknown and variable levels on a patient-to-patient basis,” Narachi said. When it comes to developing an effective gene therapy for something like focal epilepsy, the dose of the transgene needs to be specific.

“What chemogenetics offers is the ability to engineer the transgene so that it's quiescent,” Narachi said. “When we put the transgene into the target tissue, it does nothing, but then we've engineered it so that it's responsive to a small molecule drug. So, when it's exposed to the drug it can dose-dependently open the ion channel giving us the ability to explore and tune the therapeutic window. The safety feature of quiescence, and then it being tunable, just opens up a lot of possibilities.”

With the drug acting on an engineered ion channel, CODA can dose-dependently control the amount of inhibition or activation that happens on a single-cell basis. In an area as sensitive as the brain, this could be key.

“Instead of turning off all the neurons in the target permanently, which would mean that those cells no longer function, we can change the firing threshold and raise the seizure thresholds so that they're not seizing, but preserve as much neuronal cell function as possible,” Narachi explained.

CODA chose these two indications first for two reasons. The first is a knowledge of the hyperexcitable neuronal circuit that is firing uncontrollably. In both focal epilepsy and neuropathic pain, this is a known variable. “In neuropathic pain, we can map the pain to a dermatome; to dorsal root ganglia, or in the case of trigeminal neuralgia, the trigeminal ganglia in the skull,” “and in many focal epilepsies, the seizure foci has been mapped using techniques such as stereo EEG” Narachi explained.

Secondly, these are two indications where the standard of care is often permanent destruction of the nerve. “If a patient, a caregiver or a physician and a payment system are willing to permanently destroy important real estate in the brain, we think that's a good risk-benefit place for us to start,” he said. “If you’re willing to do something as Frankensteinian as resect a piece of the hippocampus to stop seizures, the unmet need is enormous.”

Additionally, because neurosurgical procedures that involve the insertion of a needle, electrode or laser directly into the target tissue are already commonplace, “injecting an AAV into the same anatomical target is easy to contemplate”. And common safety concerns about inflammatory or immune responses that often accompany very large doses of systemically administered AAV are mitigated by direct injection approaches since the dose of AAV that we need to deliver the transgene is tiny. So, we can avoid a lot of the challenges of targeting and tropism, and immune and inflammatory response, by going into relatively immune-protected or immune-privileged spaces with very small doses of AAV.”

Currently, CODA operates as a lean research-based organization of about 30 people. As it lays the groundwork to select a drug development candidate and move into the clinic, Narachi anticipates doubling in size in 2022.

CODA began when founders, including gene therapy veteran Mitch Finer, came together and said, “there has to be a better way than antiepileptic drugs and nerve destructive approaches for neuropathic pain” They believed that they could build a chemogenetic gene therapy platform that could precisely regulate neuronal circuits on demand. Here’s hoping they were right.