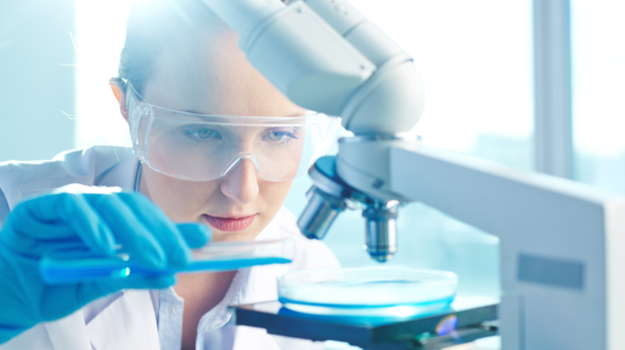 Even clinical trial announcements don’t slow down for Halloween. It was a typically busy week. Here’s a look.

Y-mAbs Therapeutics provided a clinical update on its omburtamab for central nervous system (CNS) leptomeningeal metastases from neuroblastoma and several other cancer indications. The updated readout as of June 30, 2019 from a single-center study of patients who received up to two doses of radiolabeled omburtamab showed that of the 107 patients who could be evaluated, the median survival had increased to 50.8 months. This compared to a median survival of 47.1 months at the previous data readout. Omburtamab is a monoclonal antibody that targets tumors that express B7-H3.

Rafael Pharmaceuticals hit activation of 25 sites for its Phase III trial of CPI-613 (devimistat) in relapsed or refractory acute myeloid leukemia (AML). It is evaluating devimistat in combination with high dose cytarabine and mitoxantrone (CHAM) in older patients with r/r AML. Devimistat is a first-in-class molecule that targets enzymes involved in cancer cell energy metabolism that are located in the mitochondria of cancer cells.

DiscGenics received the go-ahead from an independent data safety monitoring committee to enroll the final 24 patients in its first-in-human U.S. trial of IDCT. IDCT is an allogeneic, injectable disc cell therapy for mild to moderate degenerative disc disease (DDD). There were no safety issues in the analysis.

MyoKardia released positive interim data from its ongoing Phase IIa dosing study and also plans to advance MYK-491 into an exploratory Phase II trial in patients with genetic dilated cardiomyopathy (DCM). MYK-491 is designed to increase the contractility of the heart with minimal effects on myocardial relaxation. The Phase IIa trial looked at safety and echocardiographic effects of multiple-ascending doses of the drug in 26 patients with stable heart failure. Stroke volume increased by more than 10% relative to baseline and there were no negative impacts on diastolic function.

Avenue Therapeutics published Phase I data on IV tramadol. As a result of the data, it has chosen the IV tramadol 50 mg dose for its Phase III development. It is developing the drug formulation for management of moderate to moderately severe postoperative pain.

Actinium Pharmaceuticals announced key interim findings from its Phase III SIERRA trial of Iomab-B. The SIERRA trial is a 150-patient, 1:1 randomization trial of Iomab-B compared to the physician’s choice of salvage chemotherapy in patients 55 and older with active, r/r acute myeloid leukemia. Iomab-B is Iodine-131 apamistamab.

Portola Pharmaceuticals presented new exploratory analysis of data from ANNEXA-4, its Phase IIIb/IV trial of its Factor Xa inhibitor antidote Andexxa in patients with acute gastrointestinal (GI) bleeding while taking a Factor Xa inhibitor. Among the 90 evaluable patients, thrombotic events occurred in six and death occurred in 10, consistent with the full ANNEXA-4 trial data and the high background thrombotic risk of the patient population. No thrombotic events were observed among the 40 patients who re-started oral anticoagulation therapy.

Biohaven Pharma completed enrollment in its pivotal Phase III trial of troriluzole in generalized anxiety disorder (GAD). The trial enrolled over 880 patients in less than nine months. Troriluzole is a third-generation prodrug and new chemical entity that modulates glutamate, the most common excitatory neurotransmitter in the human body.

Athenex announced a progress update from partner Almirall on tirbanibulin ointment for the treatment of actinic keratosis (AK). Both Phase III trials, KX01-AK-003 and KX01-AKL-004, hit their primary endpoint, which was 100% clearance of the AK lesions at Day 57 within the face or scalp treatment areas. Complete Clearance was seen in 44% and 54% of the patients for tirbanibulin, respectively. AK is a rough, scaly patch on the skin that develops from years of exposure to the sun.

NeoTX dosed the first patient in its Phase Ib trial of naptumomab estafenatox (Nap) in combination with AstraZeneca’s checkpoint inhibitor Imfinzi (durvalumab) to treat advanced or metastatic solid tumors. The trial is set to find the maximum tolerated dose for the drug. Nap is designed to target the 5T4 antigen present on many tumors.

Gilead Sciences indicated in its third-quarter conference call that its JAK inhibitor filgotinib failed in Phase II trials for lupus and Sjogren’s syndrome. The company has not released data yet, but during the call the company’s clinical research head John Sundy said the drug did not meet its primary endpoints in the trials but did see “evidence of activity” with filgotinib.

Mirati Therapeutics announced the first clinical data from its Phase I/II clinical trial of MRTX849 in solid tumors. MRTX849 is a KRAS G12C inhibitor. The Phase I/II trial has enrolled 17 patients, including 10 with NSCLC, four with CRC and three with other tumor types. Three of five patients with NSCLC and one of two with CRC at the highest dose had a partial response (PR), with the remaining patients showing stable disease (SD). At all dose levels, three of six patients with NSCLC and one of the CRC patients hit a PR. Two responding patients, one with NSCLC and one with CRC achieved confirmed PR, both whose tumors continued to shrink after the first scan.

MorphoSys, Galapagos, and Novartis made a joint decision to end the clinical development program of MOR106 based on an interim analysis for futility for the Phase II IGUANA clinical trial. The interim analysis found a low likelihood of meeting the primary endpoint of the trial, which was percent change in the eczema area and severity index (EASI) score. The companies indicate that the decision was based on lack of efficacy, not any safety concerns.

Linnaeus Therapeutics dosed the first patient in its Phase I/II trial of LNS8801 in advanced solid and hematologic cancers. LINS8801 is an oral agonist of GPER whose activity is dependent on the expression of GPER. GPER activation suppresses well-known tumor-associated genes, such as c-Myc and PD-L1.

Krystal Biotech announced the final update from its Phase I/II trial of bercolagene telserpavec (B-VEC). B-VEC is a gene therapy to treat dystrophic epidermolysis bullosa (DEB), an incurable skin blistering condition caused by a lack of collagen in the skin. The therapy was well tolerated and of the 10 wounds administered B-VEC, 90% closed completely after initial administrations of B-VEC.

Kamada and Kedrion Biopharma published the results of their registration study for KEDRAB (Rabies Immune Globulin (Human)] in Human Vaccines & Immunotherapeutics. The 2017 U.S. approval of KEDRAB for post-exposure prophylaxis to rabies was based on the results of the study, which showed that KEDRAB was non-inferior to the comparator HRIG product.

Menlo Therapeutics completed enrollment in its two Phase III trials of serlopitant for pruritus (itching) associated with prurigo nodularis. The U.S. and European trials enrolled 285 and 295 patients, respectively. They are designed to evaluate decrease in itching in patients treated with serlopitant compared to placebo over a 10-week period. The company expects to report the results of the trials in March or April 2020.

Acer Therapeutics announced full enrollment of Part A of its clinical trial of ACER-001 for Urea Cycle Disorders (UCDs). Part A is a single-center, single-blind, randomized, single-dose crossover trial to evaluate the relative bioavailability of three different formulations of ACER-001 compared to Buphenyl in 20 healthy adults. ACER-001 is a fully taste-masked, immediate-release formulation of sodium phenylbutyrate.

Novartis announced the FDA had placed a partial clinical hold on clinical trials for intrathecal administration of its Zolgensma for spinal muscular atrophy due to safety concerns. The hold came after Novartis’ AveXis found animal findings in a preclinical study showed dorsal root ganglia (DRG) mononuclear cell inflammation, which are sometimes accompanied by neuronal cell body degeneration or loss. The hold impacts enrollment in the high-dose cohort of the ongoing STRONG trial.

Cyclerion Therapeutics announced topline data from its Phase II proof-of-concept trial of praliciguat in diabetic nephropathy. Praliciguat is a once-daily, oral sGC stimulator. The trial did not meet statistical significance on its primary endpoint of reduction in albuminuria from baseline compared to placebo.

The company also announced topline Phase II results from its CAPACITY Phase II proof-of-concept study of praliciguat in heart failure with preserved ejection fraction (HFpEF). It did not meet statistical significance on its primary endpoint of improved exercise capacity from baseline compared to placebo.

Catalyst Pharmaceutical announced top-line results from CMS-001, a Phase III trial of amifampridine phosphate for Congenital Myasthenic Syndromes (CMS) in adults and children aged two years and older. The drug, marketed under Firdapse, is approved for the treatment of Lambert-Eaton Myasthenic Syndrome (LEMS) in adults. The trial did not meet its primary endpoint of subject global impression (SGI) or the secondary endpoint of muscle function measure (MFM) across all tested subtypes.

Kura Oncology updated data from a Phase II trial of tipifarnib in HRAS mutant head and neck squamous cell carcinomas (HNSCC). Tipifarnib is an oral inhibitor of farnesyl tranferase in-licensed from Janssen, a Johnson & Johnson company, in December 2014. The drug showed durable anti-tumor activity in heavily pretreated patients with HRAS mutant HNSCC. Of 21 patients enrolled in the trial, 18 were evaluable for efficacy. Ten of the 18 achieved a confirmed partial response (PR) and an objective response rate (ORR) of 56%.

Flexion Therapeutics announced the FDA had cleared its IND for FX201 in knee osteoarthritis (OA). The trial is expected to begin by the end of this year. FX201 is a helper-dependent non-integrating adenovirus containing the human interleukin-1 receptor antagonist (IL-1Ra) gene under the control of an inflammation sensitive promoter. The trial will evaluate the safety and tolerability of FX201 in both male and female patients, ages 30-80 years, with painful OA of the knee. It is expected to enroll up to 24 patients across six locations in the U.S.

Eloxx Pharmaceuticals presented positive data from its Phase I trial of ELX-02 in cystic fibrosis. The drug showed an increase in both CFTR protein expression and mRNA stability. ELX-02 is a eukaryotic ribosomal selective glycoside (ERSG) designed to increase the read-through activity in patients with nonsense mutations, which enables the production of sufficient amounts of full-length functional protein.

AbbVie announced that its Rinvoq met the primary endpoint in active psoriatic arthritis in its SELECT-PsA 2 Phase III trial. In both doses of Rinvoq (upadacitinib), 15 mg and 30 mg, the drug hit the primary endpoint of ACR20 response at week 12 compared to placebo in adults with active psoriatic arthritis who haven’t responded enough to one or more biologic disease modifying anti-rheumatic drugs (bDMARDs). Also, patients receiving both doses had significantly better responses compared to placebo for all ranked secondary endpoints. Rinvoq is a selective and reversible JAK inhibitor.

Novartis announced results from its EXCEED clinical trial comparing its Cosentyx (secukinumab) to AbbVie’s bestselling Humira (adalimumab) in patients with active psoriatic arthritis. Cosentyx apparently fell a little bit short in showing statistically significant superiority to Humira in ACR 20, the primary endpoint of the trial. Novartis is careful to note that Cosentyx showed “numerically higher results versus Humira,” and that there are some statistically significant advantages of the drug over Humira.