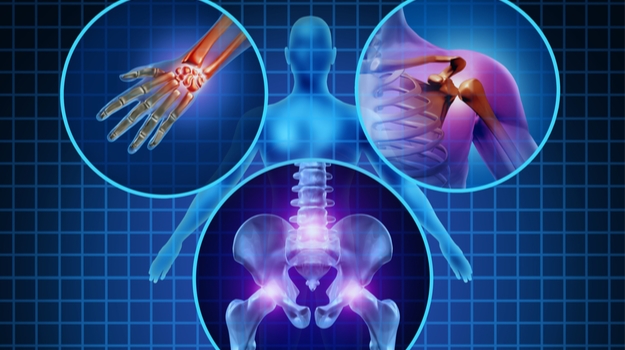 Novartis is careful to note that Cosentyx showed “numerically higher results versus Humira,” and that there are some statistically significant advantages of the drug over Humira.

“These data will be welcomed by patients and clinicians to guide clinical decision making and highlight secukinumab as a viable option as a first-line biologic for the treatment of psoriatic arthritis,” said Iain McInnes, professor of Rheumatology, University of Glasgow, and an investigator in the Cosentyx clinical trial program.

The EXCEED trial is a double-blind head-to-head trial evaluating 300 mg of Cosentyx to 40 mg of Humira. The Phase IIIb is a 52-week, multi-center, randomized, double-blind, active control trial in patients with active psoriatic arthritis who are naïve to biologic therapy. It evaluated more than 800 patients.

ACR 20 is a composite measurement defined as both improvement of 20% of the number of tender and number of swollen joints in addition to a 20% improvement in three of five of the following: patient global assessment, physician global assessment, Health Assessment Questionnaire (HAQ), visual analog pain scale, and erythrocyte sedimentation rate or C-reactive protein (CRP).

Cosentyx is approved for use in psoriatic arthritis, plaque psoriasis and ankylosing spondylitis. It is Novartis’s second-bestselling drug, reporting $2.8 billion in revenue in 2018. The company has projected peak annual sales of $4 to $5 billion.

Comparatively, AbbVie’s Humira raked in almost $20 billion in 2018. However, it will lose patent protection in the U.S. in 2023 and is already facing biosimilar competition in Europe.

“EXCEED is the first ever monotherapy head-to-head trial with a primary endpoint in psoriatic arthritis specific to joints,” said Eric Hughes, Global Development Unit Head, Immunology, Hepatology & Dermatology for Novartis. “Novartis continues to reimagine care for patients and advance science in rheumatology. We will assess the EXCEED data in their totality and we view the results as confirming our vision of Cosentyx becoming standard of care in psoriatic arthritis.”

For its part, Chicago-based AbbVie is working to complete the $63 billion acquisition of Allergan. Earlier this month AbbVie presented new data on the safety and efficacy of Skyrizi (risankizumab) at two-and-a-half years in adults with moderate to severe plaque psoriasis. It also presented more data on Humira and its JAK inhibitor upadacitinib at the 28th European Academy of Dermatology and Venereology (EADV) Congress held in Madrid, Spain.

Novartis has been having several issues with its Zolgensma, the company’s gene therapy for spinal muscular atrophy. Considered the most expensive drug in the world, with a price tag of $2.1 million for a one-time treatment for the rare but deadly disease that affects infants and is almost always fatal by two years of age. The company was hit by a data-manipulation scandal in August, when it was found that some of the preclinical animal data for the drug was manipulated. Although the data didn’t affect the outcome of the drug’s effectiveness or safety, it did cast a shadow on the company and the drug.

And this week, Novartis announced the FDA had placed a partial clinical hold on clinical trials for intrathecal administration of its Zolgensma for spinal muscular atrophy due to safety concerns. The hold came after Novartis’ AveXis found animal findings in a preclinical study showed dorsal root ganglia (DRG) mononuclear cell inflammation, which are sometimes accompanied by neuronal cell body degeneration or loss. The hold impacts enrollment in the high-dose cohort of the ongoing STRONG trial.