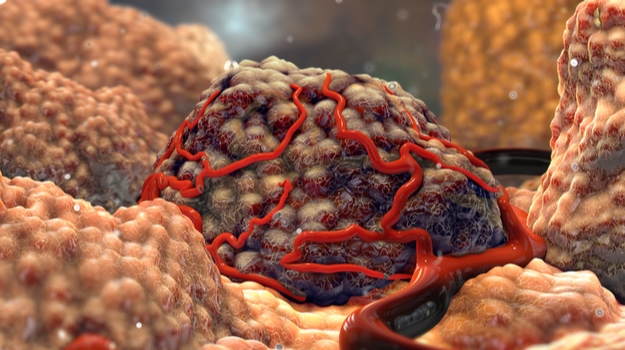 San Diego-based Mirati Therapeutics announced the first clinical data from its Phase I/II clinical trial of MRTX849 in solid tumors. MRTX849 is a KRAS G12C inhibitor. The company presented the results at the 2019 AACR-NCI-EORTC International Conference on Molecular Targets and Cancer Therapeutics held in Boston.

MRTX849 is an oral small molecule that potently and selectively inhibits a type of KRAS that has a substitution mutation, G12C. These mutations are seen in about 14% of non-small cell lung cancer (NSCLC) patients and 4% of colorectal (CRC) cancer patients. It is also seen in other types of cancers. Typically, cancer patients with KRAS G12C mutations have a poor prognosis and are resistant to therapy.

“Patients whose tumors carry the KRAS G12C mutation have a poor prognosis, are resistant to standard of care treatment and have no available targeted therapeutic options,” said Charles M. Baum, president and chief executive officer of Mirati. “Early efficacy and safety data from this Phase I/II trial demonstrate the potential of a potent and effective KRAS therapy. We look forward to investigating MRTX849 in patients with a variety of KRAS G12C mutated cancers and bringing the hope of a targeted therapy to them.”

The Phase I/II trial has enrolled 17 patients, including 10 with NSCLC, four with CRC and three with other tumor types. So far, five dose cohorts have been studied: 150 mg, 300 mg, 600 mg, and 1200 mg, taken once a day orally, and 600 mg, dosed orally twice daily. The objectives of the trial are safety, tolerability, pharmacodynamics and pharmacokinetics (PD/PK) and tumor response evaluated using RECIST v1.1 criteria.

Partial response was defined as 30% or more reduction in tumor size. The responses to the lung cancer are viewed as “unconfirmed,” because the patients haven’t had follow-up scans yet.

Adverse events related to the treatment were primarily grade 1 events. One patient had a dose-limiting toxicity at the 1200 mg QD dose, and another had dose-limiting toxicity at the 600 mg dose. Side effects had been mild, including diarrhea and nausea. The higher-grade toxicity events included increased levels of pancreatic enzymes. However, they didn’t show signs of pancreatic inflammation.

“There are currently no effective targeted therapies for patients with KRAS-mutant cancers,” said Pasi A. Janne, director of The Lowe Center for Thoracic Oncology at the Dana Farber Cancer Institute and MRTX849-001 investigator. “KRAS mutations are the most common oncogenic alteration in all of human cancers, and as such, finding a therapeutic approach for this subset of cancers would have tremendous clinical impact for cancer patients.”

Janne also told Reuters, “The signs are there, but the numbers are small. It is too early to say anything about the durability of response.”