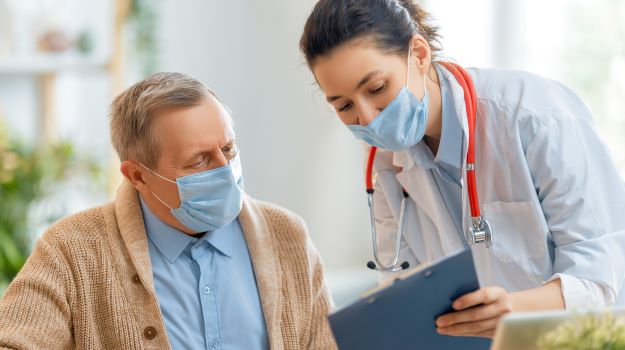 There was plenty of clinical trial updates last week. Here’s a look.

I-Mab announced positive interim data from its U.S. Phase II/III clinical trial of plonmarlimab for treatment of cytokine release syndrome (CRS) in severe COVID-19. The recent interim analysis demonstrated positive early results in patients who were mechanical ventilation free (MVF) at baseline. Patients in this category who received plonmarlimab had a higher MVF rate, 83.6% compared to 76.7% by day 30. They also had a lower mortality rate of 4.9% compared to 13.3% in the same time frame, and greater recovery rates, 68.9% compared to 56.7% at day 14 and 80.3% compared to 70.0% at day 30. There was also a decreased time to recovery and shorter hospital stays compared to placebo.

GigaGen dosed the first patient in its Phase I trial of GIGA-2050 to provide passive immunity to COVID-19 patients. The compound is made up of more than 12,000 antibodies demonstrating strong neutralizing activity against natural SARS-CoV-2 variants in lab studies, including the delta variant.

Atea Pharmaceuticals released interim results from a Phase II trial of AT-527 as a preventive treatment for COVID-19 after exposure to the virus. The drug is an oral direct-acting antiviral agent that blocks viral RNA polymerase. In the data, the drug’s active metabolite achieved target antiviral levels in the lungs.

Novatek Pharmaceuticals received approval of its IND to launch a Phase II trial for its TQ Formula against COVID-19 in the outpatient setting. The drug is a concentrated enteric-coated formulation of Nigella Sativa oil with a higher than average thymoquinone concentration.

Daiichi Sankyo Company and AstraZeneca reported positive topline data from the head-to-head DESTINY-Breast-03 Phase III trial. The clinical study compared their Enhertu (trastuzumab deruxtecan) to Genentech’s Kadcycla (trastuzumab emtansine) in HER2+ unresectable and/or metastatic breast cancer patients who previously received tastuzumab and a taxane chemotherapy agent. Enhertu was found to be superior to the Kadcycla combination.

Bluebird bio announced the FDA had placed a clinical hold on its elivaldogene autotemcel (eli-cel, Lenti-D) gene therapy for cerebral adrenoleukodystrophy (CALD). The hold was based on a reported Suspected Unexpected Serious Adverse Reaction (SUSAR) of myelodysplastic syndrome (MDS) that was probably mediated by the gene vector insertion. It was in a single patient receiving the product over a year ago in the Phase III ALD-104 study. They say they think the specific design features of Lenti-D LVV probably contributed to this event.

UCB announced new interim data from its BE BRIGHT open-label extension (OLE) study of bimekizumab in moderate to severe plaque psoriasis. The drug is an IL-17A and IL-17F inhibitor. The data demonstrated that the majority of patients who hit complete or near complete skin clearance after 16 weeks of treatment held that response through to two years with continuous maintenance dosing.

Impel NeuroPharma published data from its Phase III STOP 301 study of Trudhesa (INP104) for acute migraine. Trudhesa is a dihydroergotamine mesylate (DHE) that is delivered directly into the upper nasal space using the company’s proprietary Precision Olfactory Delivery (POD) technology. The data showed the drug was both safe and tolerable with long-term use.

Fulcrum Therapeutics announced positive interim results from the ongoing single- and multiple-ascending doses (SAD and MAD) Phase I trial of FTX-6058. The drug is a potent and selective small molecule inhibitor of EED designed to increase the expression of fetal hemoglobin to treat hemoglobinopathies, such as sickle cell disease and beta-thalassemia.

Flexion Therapeutics published the results from the Phase II study of Zilreta (triamcinolone acetonide extended-release injectable suspension) in osteoarthritis (OA) of the shoulder. The drug is approved for osteoarthritis of the knee.

IN8bio completed dosing of the first patient cohort in its Phase I trial of INB-100 for patients with leukemia undergoing haploidentical stem cell transplant (HSCT). INB-100 is a donor-derived gamma-delta T-cell therapy.

CohBar announced topline results from its Phase Ia/Ib trial of CB4211 for nonalcoholic steatohepatitis (NASH) and obesity. The study hit the primary endpoint, showing the drug was well-tolerated, safe with no serious adverse events. It also showed robust and significant decreases in key biomarkers of liver damage, a drop in glucose levels, and a trend towards lower body weight. CB4211 is a mitochondria-based therapeutic.

Trigone Pharma initiated a Phase II trial of TRG-100 in interstitial cystitis/bladder pain syndrome. TRG is a long-acting intravesicle anti-pain and anti-cholinergic therapy. It is a proprietary combination that slowly released oxybutynin and lidocaine in the bladder over a two-week period.

Longeveron announced results from its Phase II study of lomecel-B infusion in patients with aging frailty. Lomecel-B is an allogeneic product made up of medicinal signaling cells (MSCs) from the bone marrow of adult donors and culture-expanded in the company’s cGMP cell processing facility. There were statistically significant increases in the 6 Minute Walk Test (6MWT) at the three highest doses at Day 180.

Aprea Therapeutics announced the FDA had placed a clinical hold on its lymphoid malignancy clinical trial of a combination of eprenetapopt with acalabrutinib or with venetoclax and rituximab. Eprenetapopt is a small molecule that reactivates the p53 mutant tumor suppressor protein.

PhaseBio Pharmaceuticals enrolled the first 143 patients in its Phase III REVERSE-IT trial for bentracimab, 138 of whom required urgent surgery or an invasive procedure, and five who had uncontrolled major or life-threatening bleeding. Bentracimab is a novel, recombinant, human monoclonal antibody antigen-binding fragment that reverses the antiplatelet activity of ticagrelor in major bleeding and urgent surgery situations.

Ultimovacs announced positive topline results from the second cohort of 10 patients after one year from its Phase I trial of UV1, its universal cancer vaccine with Merck’s Keytruda (pembrolizumab) as first-line treatment in metastatic malignant melanoma.