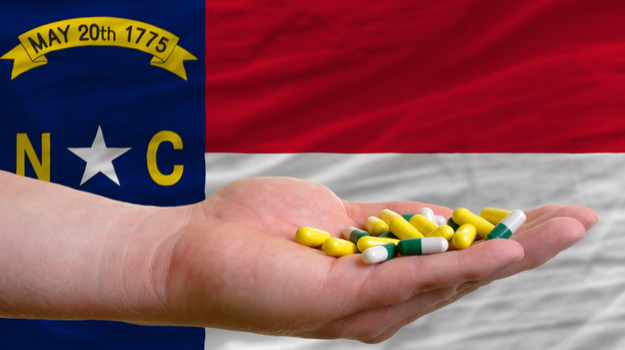 Anchored by Raleigh, Durham and the Research Triangle Park region, BioSpace’s Bio NC Hotbed is one of the faster-growing areas for biopharma in the U.S. A recent report by CBRE Research and the U.S. Bureau of Labor Statistics ranked the Raleigh-Durham, North Carolina areas as the fifth fastest-growing life sciences market from 2014 to 2017, with a slightly greater than 12 percent growth. And in terms of R&D growth, from 2001 to 2016, the CBRE report found that Raleigh-Durham had a whopping 108 percent growth.

The Raleigh-Durham area also ranks fourth in the country for 2018 NIH funding amounts over $20 million, with Duke receiving $460 million and UNC receiving $439 million.

The CBRE Research report says, “The Raleigh-Durham market, with Research Triangle Park as its traditional hub and a growing, dynamic Durham submarket, is the fifth-ranked life sciences cluster in the nation. The region benefits from an abundance of life sciences talent and a disproportionate amount of NIH funding compared to other regions.”

The Southeastern part of the state by Wilmington is the site of dozens of clinical research organizations (CROs). There are more than 30 CROs in the state that support more than 60 companies. The NCBiotechnology Center’s Southeastern Office pulled together many of these companies and organizations under the umbrella of the NC Coast Clinical Research Initiative, an economic development collaboration to strengthen and grow the clinical research industry in the Wilmington area. There are currently more than 100 clinical trials ongoing in the region.

The objectives of the initiative are to create a more cohesive cluster of CRO and biotech companies in the area, promote Southeastern NC’s clinical research community, increase physician-led trials in the area, attract, train and retain top talent, increase access to the area’s clinical trials, and create a favorable impact on economic development.

Duke Energy recently awarded a $390,000 grant to UNC Wilmington’s College of Health and Human Services in partnership with the NC Biotechnology Center Southeastern Office. The program will work to create educational programs for the area’s clinical research workforce.

The initiative has several partners, including Biostudy Solutions, which specializes in study design and pharmacokinetic/biostatistical consulting services. It includes in vitro bioequivalence (BE) evaluations and sample-size determination/statistical oversight for clinical endpoint BE trials. Another is PPD, one of the leading CROs in the country with offices in 47 countries, and Modoc Research Services, a niche CRO and independent consulting group. It is based in Wilmington.

Based in the eastern part of North Carolina, the Pharmaceutical Services Network was created to expand available training support. This was largely the result of expansion in the area by Pantheon and Mayne Pharma. The network is made up of training facilities at East Carolina University (ECU) and Pitt Community College.

Like many states, North Carolina makes efforts to stimulate the growth of life sciences. In its March 2019 newsletter, NCBIO described its recommended legislative agenda for 2019. These included:

Franchise Tax Relief for Pre-Revenue R&D Companies. NCBIO requested that the Assembly give tax relief to early-stage R&D companies. Specifically, a franchise tax is based on a company’s net worth, including unspent investments and other assets. In other words, a developmental biotech company that has venture capital investment but no product on the market may have high tax rates because of that investment. The NCBIO proposal encourages the Assembly to evaluate ways to reduce the tax burden in R&D companies that don’t have significant product revenue.

SBIR/STTR Matching Grants. The NCBIO is seeking an increase in the state’s matching grant program for Phase I SBIR or STTR awards. This was originally called the One North Carolina Small Business Fund, which had a one-time $1 million appropriation in 2018. They believe $5 million is needed to meet expected funding demands.

NIIMBL. North Carolina is a member of the National Institute for Innovation in Manufacturing of Biopharmaceuticals (NIIMBL), and as such, set aside $2 million every year to match federal and industry funds to support process innovation and workforce training for biopharma.

Senator Newton stated, “The life science industry is a vital part of North Carolina’s economy and provides products important to the health of the people of our state.”

There is a wealth of biopharma startups, pharma manufacturing and CROs operating in the state of North Carolina. Here’s just a sampling of some of their stories.

StrideBio Raised $15.7 Million in Series A

Locus Biosciences, based in Research Triangle Park, NC, inked a collaboration and license deal with Janssen Pharmaceuticals, a Johnson & Johnson company, in January 2019. The companies will work to develop precision antibacterial therapies based on CRISPR-Cas3-enhanced bacteriophage.

Under the terms of the deal, Janssen is paying Locus $20 million up front. Locus will be eligible for up to a total of $798 million in development and commercial milestones, as well as royalties on any product sales.

Locus focuses on using Type 1 CRISPR-Cas3 to degrade the DNA of target bacteria, which quickly kills them. One advantage of this approach over antibiotics is it targets the specific bacteria without wiping out the desirable “good” bacteria in the body.

“Our collaboration with Janssen on the development of products to treat deadly infections and potentially other microbiome dysbiosis associated conditions reflects the importance of the crPhage platform and its potential to revolutionize the treatment of disease and extend human life,” stated Paul Garofolo, Locus’s chief executive officer. “Our platform is uniquely positioned to selectively eradicate pathogenic bacteria of choice while preserving an otherwise healthy microbiome in patients, and this collaboration with Janssen will enable us to further develop products on the platform to help patients in need around the world.”

In May 2018, Novartis and AveXis announced they were investing $55 million to build a new manufacturing facility in Durham, creating 200 jobs. The new plant will be manufacturing AVXS-101. North Carolina was competing with Illinois for the project, but AveXis took a $3 million incentive package in North Carolina—over Illinois’ $8 million approved tax credits.

“It’s notable that AveXis has chosen to expand its manufacturing operations in North Carolina,” stated the state’s Secretary of Commerce, Tony Copeland, at the time. “Life science companies understand the many advantages our state offers manufacturers, particularly the investments North Carolina has made in education and workforce training for the biotechnology industry.”

On March 19, 2019, Alcami Corporation, based in Durham, announced it was launching Alcami Biologics, a new biopharma development, analytical testing, manufacturing, and packaging enterprise.

“The launch of Alcami Biologics is a significant step forward in the natural progression of our core service offerings and the development of our pipeline,” stated Syed T. Husain, Alcami’s chief commercial officer. “We have better positioned ourselves to meet increasing worldwide demand for customized biopharmaceutical solutions and are driving innovation across our global network.”

One of North Carolina’s slogans is “A better place to be.” For people interested in life science jobs, it just might be.