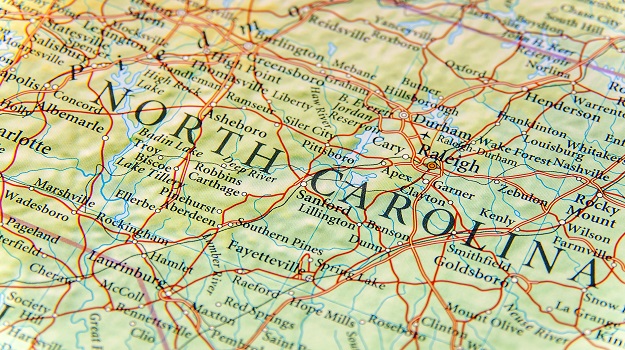 AveXis, a Novartis company based in Illinois, is investing $55 million to build a new manufacturing facility in Durham, North Carolina. The facility will create 200 jobs.

AveXis will use the new plant to make its first product candidate, AVXS-101, a gene therapy to treat three types of spinal muscular atrophy (SMA). SMA Type 1, also known as Werdnig Hoffmann disease, is a severe form of SMA. It usually is seen before six months of age and includes worsening muscle weakness and hypotonia (poor muscle tone) because of the loss of lower motor neurons in the spinal cord and brain stem. There are also feeding and breathing problems. The disease is caused by mutations in the SMN1 gene. Currently the only treatment approved by the U.S. Food and Drug Administration (FDA) is Biogen’s Spinraza (nusinersen).

Durham was competing with the state of Illinois for the site. Illinois approved tax credits of almost $8 million to bring the jobs to Libertyville, Illinois. But AveXis took a $3 million incentive package in North Carolina.

“It’s notable that AveXis has chosen to expand its manufacturing operations in North Carolina,” North Carolina’s Secretary of Commerce, Tony Copeland, said in a statement. “Life science companies understand the many advantages of our state offers manufacturers, particularly the investments North Carolina has made in education and workforce training for the biotechnology industry.”

The new jobs will be in engineering, manufacturing and supply chain. They will have minimum average salaries of $103,449, compared to the average wage in Durham County of $67,537.

In addition to AVXS-101, AveXis plans to develop other therapeutics for rare neurological diseases, including Rett syndrome and a genetic type of amyotrophic lateral sclerosis caused by mutations to the SOD1 gene.

Pfizer also recently announced it was investing $100 million and adding gene therapy capabilities to its manufacturing campus in Sanford, North Carolina. Bluebird bio, also in Durham, has done the same.

AveXis acquired rights to its gene therapy technology in 2015 from Asklepios BioPharmaceutical (AskBio), a company based in Chapel Hill, North Carolina. AskBio received an upfront payment and is eligible for milestone payments and royalties based on AveXis progress and possible commercialization.

On April 9, AveXis announced it had agreed to be acquired by Novartis for $218 per share or a total of $8.7 billion in cash. This was an 88 percent premium on its April 6, 2018 closing price. Both companies’ boards unanimously approved the merger. The close is expected in mid-2018.

“The commitment, drive and expertise of the entire AveXis team has created significant stockholder value, and we are pleased that Novartis recognizes that value in the potential of AVXS-101, our first in class manufacturing capabilities and our gene therapy pipeline, all of which serve to transform the lives of people devastated by rare and life threatening neurological diseases such as SMA, Rett syndrome and genetic ALS,” said Sean Nolan, AveXis’ president and chief executive officer, in a statement at the time. “With worldwide reach and extensive resources, Novartis should expedite our shared vision of bringing gene therapy to these patient communities across the globe as quickly and safely as possible.”