Artificial Intelligence is Ramping up in Drug Development 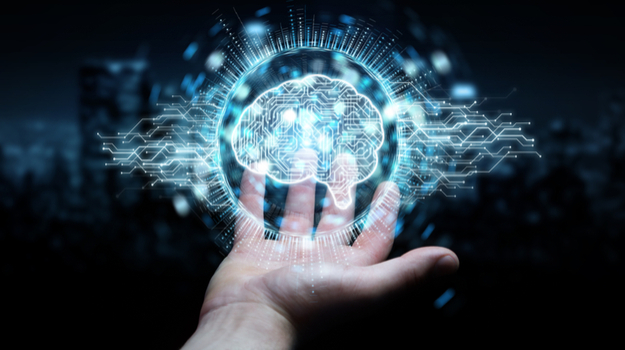 “The vast amount of data available to research scientists is growing exponentially each year,” stated Mene Pangalo, AstraZeneca’s executive vice president and president BioPharmaceuticals R&D. “By combining AstraZeneca’s disease area expertise and large, diverse datasets with BenevolentAI’s leading AI and machine learning capabilities, we can unlock the potential of this wealth of data to improve our understanding of complex disease biology and identify new targets that could treat debilitating diseases.”

No financial details were disclosed.

BenevolentAI was founded in 2013. It has raised $202 million in funding since and has a research facility in Cambridge, UK. Earlier, the company inked an exclusive license deal in 2016 with Johnson & Johnson’s Janssen Pharmaceutical for several clinical-stage drug candidates.

This deal only marks one of the most recent AI team-ups announced in the biopharma industry. In early April, only a few weeks after Concerto HealthAI inked a deal with Bristol-Myers Squibb, it signed a similar deal with Pfizer. The commonality was Concerto focuses on oncology-specific Real-World Data (RWD) and advanced AI for Real-World Evidence (RWE) generation, an area of increasing interest for biopharma companies.

Concerto HealthAI will collaborate with Pfizer on Precision Oncology using Concerto’s eurekaHealth platform, artificial intelligence (AI) models and Real World Clinical Electronic Medical Record (EMR) and healthcare claims. They will use data from clinical medical practices that participate in the American Society of Clinical Oncology’s CancerLinQ initiative and others throughout the U.S.

Concerto has an exclusive license to utilize data from CancerLinQ, which might explain why big pharma companies are so eager to work with Concerto. But Concerto’s data access isn’t solely with CancerLinQ, but has access to numerous other real-world sources.

In March 2019, Oxford BioMedica announced it had inked a two-year research-and-development collaboration with Microsoft Research. The goal is to improve the yield and quality of next-generation gene therapy vectors—typically viruses—using artificial intelligence (AI) and machine learning.

Oxford Biomedica will focus on its expertise in vector development and large-scale manufacturing. The team in Microsoft’s Station B initiative will use AI and machine learning to increase the yield and improve the purity of Oxford Biomedica’s lentiviral vectors while cutting costs.

Station B will use the Microsoft Azure intelligent cloud platform to analyze large data sets created by Oxford Biomedical and develop in silico models and novel algorithms to advance cell and gene delivery technology.

The partnership will run two years and may be extended by either group.

In 2018, CancerLinQ teamed with Concerto HealthAI and Tempus to speed its joint research effort with the U.S. Food and Drug Administration (FDA)’s Center for Drug Evaluation and Research (CDER) to understand real-world use, tolerability, and effectiveness of immune checkpoint inhibitors. Concerto HealthAI and Tempus started analyzing a de-identified data set that CancerLinQ gave to the FDA, which represented more than 10,000 patients treated with checkpoint inhibitors in both approved and unapproved indications.

At the time, CancerLinQ’s chief executive officer, Cory Wiegert, stated, “These types of research efforts need to span across the cancer community because one organization cannot accomplish them alone. We are excited that Concerto HealthAI and Tempus are bringing their technical capacity and analytic expertise to this important effort in support of the FDA’s evaluation of these therapies outside of clinical trials.”

And Google, as one of the biggest corporations on Earth, is very interested in the use of AI and health care.

“The fundamental underlying technologies of machine learning and artificial intelligence are applicable to all manner of tasks,” Greg Corrado, a neuroscientist at Google, told NPR. And that’s true, “whether those are tasks in your daily life, like getting directions or sorting through emailing, or the kinds of tasks that doctors, nurses, clinicians and patients face every day.”

It's probably not altruism that has brought Google and other tech companies to look at the life sciences and health care. John Moore, an industry analyst at Chilmark Research, told NPR, “It’s pretty hard to ignore a market that represents about 20 percent of [U.S.] GDP. So whether it’s Google or it’s Microsoft or it’s IBM or it’s Apple, everyone is taking a look at what they can do in the health care space.”

Other companies are focused on AI and healthcare or drug development as well. Recursion Pharmaceuticals, headquartered in Salt Lake City, Utah, is a clinical-stage biotech that combines AI, experimental biology and automation to discover and develop drugs at scale.

In January, Recursion announced progress in its collaboration with Takeda Pharmaceutical on identifying novel preclinical candidates for rare diseases. In 18 months, the partnership led to the evaluation of Takeda preclinical and clinical compounds in more than 60 unique indications. New therapeutic candidates were identified in more than six diseases.