Google Steps Up Efforts to Use Artificial Intelligence in Health Care 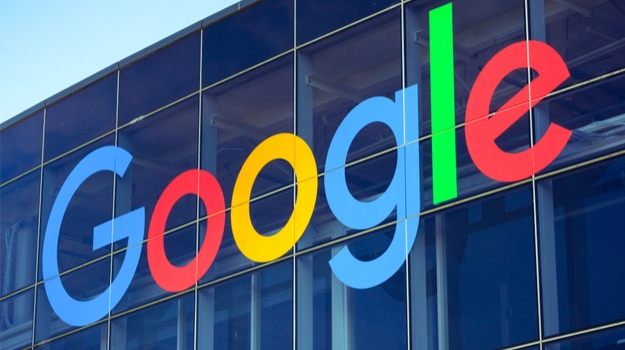 Artificial intelligence (AI) is increasingly seen as a tool in biopharma and life sciences to improve drug development. There is a bit of a resource lag because AI is expensive. For example, Google/Alphabet owns an AI laboratory called DeepMind. Google acquired DeepMind in 2014 for a reported $650 million.

Google, as one of the biggest corporations on Earth, is very interested in the use of AI and health care.

“The fundamental underlying technologies of machine learning and artificial intelligence are applicable to all manner of tasks,” Greg Corrado, a neuroscientist at Google, told NPR. And that’s true, “whether those are tasks in your daily life, like getting directions or sorting through emailing, or the kinds of tasks that doctors, nurses, clinicians and patients face every day.”

It's probably not altruism that has brought Google and other tech companies to look at the life sciences and health care. John Moore, an industry analyst at Chilmark Research, told NPR, “It’s pretty hard to ignore a market that represents about 20 percent of [U.S.] GDP. So whether it’s Google or it’s Microsoft or it’s IBM or it’s Apple, everyone is taking a look at what they can do in the health care space.”

Alphabet’s Verily focuses on health. One project the company is working on is software that can diagnose diabetic retinopathy, which can cause blindness. It is being used in India. It is also working to develop contact lenses that can monitor blood sugar in diabetes patients.

Verily’s chief medical and scientific officer, cardiologist Jessica Mega, told NPR, “In each of these cases, you can use new technologies and new tools to solve a problem that’s right in front of you. In the case of surgical robotics, this idea of learning from one surgery to another becomes really important, because we should be constantly getting better.”

Earlier this year, Google’s DeepMind won a worldwide contest called the Critical Assessment of Structure Prediction (CASP), which is hosted by the Protein Structure Prediction Center, which is sponsored by the U.S. National Institute of General Medical Sciences (NIH/NIGMS). It’s a global contest or experiment that has taken place every two years since 1994.

Proteins have three-dimensional structures and those structures are an important element in how they function. For example, it’s common for a mutation in the gene for a protein to result in the protein having a different shape, causing it to behave abnormally or not at all. Proteins shapes are also dynamic, transitioning between different states.

In CASP, the participants attempt to predict the 3-D shape of a specific human protein. Researched who do this type of work use a variety of methods to solve the problem. DeepMind didn’t just beat out the other scientists in the competition but gave a prediction that was almost twice as accurate as experts expected.

Derek Lowe, who writes the In The Pipeline blog for Science Translational Medicine, told The New York Times, “It is not that machines are going to replace chemists. It’s that the chemists who use machines will replace those that don’t.”

Other companies than Google are focused on AI and machine learning. Recursion Pharmaceuticals, headquartered in Salt Lake City, Utah, is a clinical-stage biotech that combines AI, experimental biology and automation to discover and develop drugs at scale.

In January, Recursion announced progress in its collaboration with Takeda Pharmaceutical on identifying novel preclinical candidates for rare diseases. In 18 months, the partnership led to the evaluation of Takeda preclinical and clinical compounds in more than 60 unique indications. New therapeutic candidates were identified in more than six diseases.

And those are just two examples out of many. But Google, as probably the biggest data company in the world and certainly the best known, brings a huge amount of resources to the space. At least part of its focus is directly on patient diagnoses. NPR notes that hospitals have enormous amounts of patient data in electronic health records, scans, test results. “That’s fodder for algorithms to ingest and crunch. And Mega says there’s a potential to wring a lot more useful information out of it.”

Verily partnered with Duke University and Stanford University in what is called Project Baseline. Baseline is looking to recruit 10,000 volunteers to provide additional data to the company. In addition to taking a variety of heart scans, blood tests, stress tests, and skin swabs, participants fill out quarterly questionnaires, a device under the mattress tracks sleep patterns, and they wear heart and exercise monitors.

If this seems to violate your privacy—after all, this is a company that has access to everything you search for and probably buy online, as well as other data—that’s one aspect of the project that might raise concerns. But so far, computer users have been willing to give up a certain amount of privacy for the convenience of what Google offers. That may apply to their health as well.