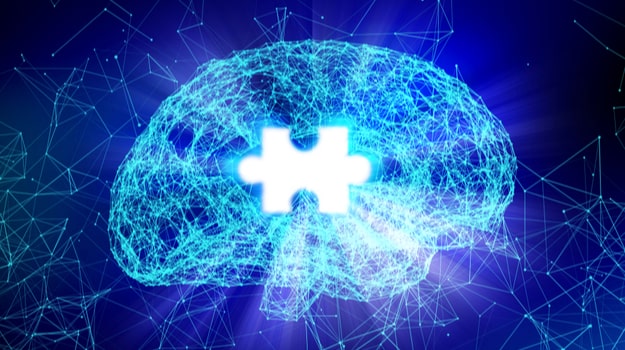 The recent deaths associated with the Aduhelm drug raise concern about its safety.

In Nov. 2021, Biogen indicated it was investigating the death of a 75-year-old woman who died from a brain abnormality. The woman took Biogen's Alzheimer's drug, Aduhelm (aducanumab). Amyloid-related imaging abnormalities (ARIA) were observed in clinical trials of the drug and the woman died of ARIA.

According to the U.S. Food and Drug Administration's Adverse Events Reporting System (FAERS), three more deaths have been reported potentially associated with Aduhelm drug. One patient, according to FAERS, was 86 years of age and, in addition to Alzheimer's, had diabetes and heart disease. Another patient was 74 and had gait disturbance. The age of the third patient was not listed but was treated for seizure, although FAERS did not report whether it was associated with ARIA.

In a statement to BioSpace, Biogen said: "The 3 events of death reported in the FAERS database as of 31 Dec 2021 that were not included in the FAERS database as of September 2021 have not been attributed to treatment with Aduhelm drug. Alzheimer’s disease is complex, and patients affected by this devastating disease often suffer from other serious medical conditions."

Aduhelm drugs' label includes a warning for physicians to monitor for ARIA-E but not necessarily to take the individuals off the drug. In the clinical trials of the recommended dose, only 0.3% of patients reported severe symptoms associated with ARIA, and there were no deaths as a result. It is recommended that physicians track ARIA events with MRI before beginning treatment and after the seventh and twelfth infusions.

In August, Clinical Trials Arena reported that ARIA is a "known class side effect of antibodies like Aduhelm that target amyloid plaque in the brain." ARIA-E is the most common form of ARIA, which includes cerebral edema. It is associated with headache, confusion, nausea and gait disturbances.

In Biogen and Eisai's EMERGE and ENGAGE Phase III trials, 35% of patients on the approved dose demonstrated signs of ARIA-E. But Biogen indicated that 98% of ARIA-E cases were resolved on MRI during the trials and 76% were asymptomatic.

Research has identified a correlation between ARIA and a common gene associated with Alzheimer's risk, APoE4. Studies run by Biogen showed that patients receiving Aduhelm drug at the approved dose and who were carriers of the APoE4 gene variant had an incidence of 42% of ARIA compared to only 20% in noncarriers.

The drug has been mired in controversy since its June 2021 approval by the FDA, not for associated risk but for doubts over its efficacy and the approval process itself. The drug has been shown to clear beta-amyloid, an abnormal protein in the brains of patients that is associated with Alzheimer's disease. At higher doses, there was evidence it slowed the progression of the disease, but that is a difficult thing to prove and is where most of the skepticism over the drug has revolved.

There have also been controversies given that the FDA's advisory committee had asked if the agency planned to leverage an accelerated approval pathway for the drug, which would rely on biomarker data—that the drug cleared beta-amyloid—and require post-marketing studies to prove clinical efficacy. The agency said no. The advisory committee voted against approval, but the agency approved the drug under an accelerated approval pathway.

More recently, the U.S. Centers for Medicare & Medicaid Services (CMS) completed their open comment period for their draft national coverage decision for the drug, which had its own set of controversies. CMS said it would only cover the cost of Biogen's Aduhelm drug and any required scans "if they are enrolled in qualifying clinical trials." Those trials would need to "demonstrate a clinically meaningful benefit in cognition and function."

More controversial, the agency proposed applying this payment scheme to any drugs in that class. At least two major players in the Alzheimer's arena, Eli Lilly and Roche, are working on similar drugs. Both pushed back on CMS's proposal in the public comment section, as did 47 House Republicans who signed a letter against the draft coverage determination. They argued that CMS was proposing to restrict access to a drug that has "already been approved by the FDA as safe and effective" and that the agency seemed to be questioning FDA's "expertise and authority."

It's not clear if the recent deaths reported in FAERS resulted from the patients taking Aduhelm drug. That will require further investigation by the company and physicians. However, it does add weight to the controversy over the drug.