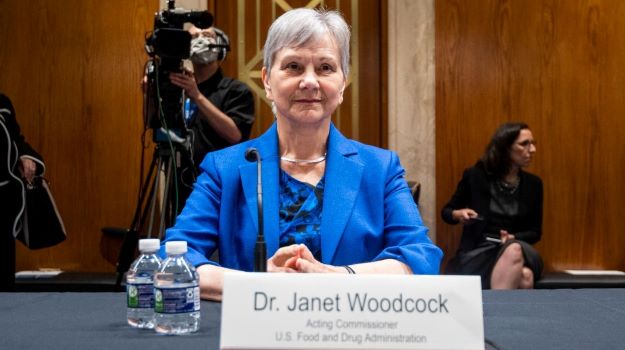 In a surprise move, Janet Woodcock, acting commissioner of the U.S. Food and Drug Administration (FDA), asked the independent Office of the Inspector General to investigate how the FDA and representatives of Biogen interacted prior to the FDA’s approval of the company’s Aduhelm (aducanumab) for Alzheimer’s disease.

“I believe that it is critical that the events at issue be reviewed by an independent body such as the Office of the Inspector General in order to determine whether any interactions that occurred between Biogen and FDA review staff were inconsistent with FDA policies and procedures,” Woodcock wrote.

The FDA approved Aduhelm on June 7, in a controversial move. The agency’s Peripheral and Central Nervous System Drugs Advisory Committee voted against recommending the drug in November 2020. The agency had also reassured the committee that it did not plan to consider an accelerated approval pathway, which would have looked at surrogate endpoints instead of clinical benefit of the drug. However, when the approval occurred, it was via an accelerated approval pathway and used clearing of beta-amyloid as a surrogate endpoint instead of any clinical benefit. The approval calls for Biogen to conduct a nine-year post-market study to prove the drug’s effectiveness.

Three members of the advisory committee resigned in protest over the approval. Biogen had indicated there would be a $56,000 per patient price per year on the drug. That’s far from the most expensive drug on the market. But with the number of Alzheimer’s patients in the U.S., approximately 3 million, even if about a third of them received the drug, Medicare would spend more on the one drug alone than its entire year budget on Medicare Part B drugs together.

On June 25, the House Committee on Oversight and Reform announced plans to investigate the approval and pricing of Aduhelm. “We have serious concerns about the steep price of Biogen’s new Alzheimer’s drug Aduhelm and the process that led to its approval despite questions about the drug’s clinical benefit,” wrote Rep. Carolyn Maloney (D-NY), chair of the committee, and Rep. Frank Pallone, Jr. (D-NJ), chair of the Committee on Energy and Commerce.

In yet another surprise move, Biogen and the FDA on July 8 changed the label for Aduhelm, indicating it should only be given to patients with mild cognitive impairment or mild dementia. The amended label indicates that no safety or effectiveness data has been studied for initiating treatment at earlier or later stages of the disease.

Alfred Sandrock, Jr., head of Research and Development at Biogen, claimed the company had submitted the amended label to the agency in hopes of clarifying the patient population included in clinical trials that supported the approval. He further said they were based on ongoing discussions with prescribing physicians, patient advocates and the FDA.

In her request to Christi Grimm, the acting inspector at the Department of Health and Human Services’ Office of Inspector General, Woodcock wrote, “I have tremendous confidence in the integrity of the staff and leadership of the Center for Drug Evaluation and Research involved in the aducanumab review and their commitment to unbiased and science-based decision-making. There continues to be concerns raised, however, regarding contacts between representatives of Biogen and FDA during the review process, including some that may have occurred outside of the formal correspondence process.”

The data Biogen presented in support of the approval of Aduhelm was complex. The company, along with development partner Eisai, had abandoned the program in March 2019 after a futility analysis of two global Phase III trials, ENGAGE and EMERGE, by an independent data monitoring committee indicated they were unlikely to hit their primary endpoint. Then, in October 2019, the two companies announced they were going to pursue regulatory approval. The Phase III EMERGE trial, they said, had met its primary endpoint, demonstrating a significant decrease in clinical decline.

When the companies presented the findings at a December 2019 conference, there was considerable skepticism about the overall data, although it did seem to be enough to file for a Biologics License Application (FDA). Part of the complexity of the data was that the ENGAGE trial still showed the drug was a failure. Only part of the EMERGE trial showed a decrease in clinical decline, and that was in a subset of patients that received a high enough dose of the drug. The submission also included data from the Phase Ib PRIME study.

The Office of Inspector General usually has broad power to subpoena internal FDA documents and interview staff under oath. It can also refer potential criminal charges to the Department of Justice. But it is still unusual for the OIG to investigate the FDA, particular in regard to an individual drug approval decision. According to STAT, the inspector general is in the process of reviewing several FDA programs, such as how it monitors the safety of medical devices. Most of those cases are audits and evaluations, not full-on investigations.

The earliest calls for an investigation revolved around the relationship between the head of the FDA’s neuroscience division, Billy Dunn, and Biogen executives. In early July, STAT reported the company had an informal meeting with Dunn in May 2019, asking him for support for aducanumab. Then in June 2019, Dunn and the FDA proposed accelerated approval for aducanumab, contradicting the agency’s previous statements about that process.

“It would be really important to understand what went on and what sort of relationships might have influenced the decision,” Steven Joffe, professor of medical ethics and health policy at the Perelman School of Medicine, told STAT. “It seems like an independent investigation, which the OIG could do, would be good for the public and stakeholders to understand the background behind the decision.”