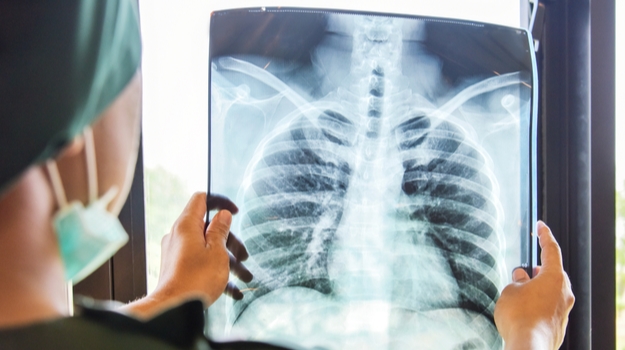 Oh, what mRNA can do – it’s a common refrain this week. On Tuesday, Moderna and Merck announced their investigational mRNA cancer vaccine improved outcomes in recurrence-free survival in advanced melanoma.

More quietly on Monday, Vertex announced the clearance of an Investigational New Drug application for VX-522, an mRNA therapy designed to treat the underlying cause of cystic fibrosis lung disease.

Cystic fibrosis transmembrane conductance regulator (CFTR) modulators have changed the lives of many CF patients throughout the past few years.

For example, Vertex’s Trikafta, a triple-threat therapy that increases the quantity and function of the F508del-CFTR protein at the cell surface, has bent the curve on this life-threatening lung disorder for scores of patients. First approved in October 2019, Trikafta is intended for CF patients who carry at least one copy of the F508del mutation in the CFTR gene.

Trikafta is made up of the next-generation CFTR corrector elexacaftor, tezacaftor and ivacaftor. Vertex estimates that therapies like Trikafta have the potential to treat greater than 90% of CF patients.

But Vertex is not satisfied with this number. And neither is Jerusalem-based SpliSense. More on SpliSense in a moment.

Vertex Not Satisfied with 90%

With the IND clearance, Vertex will kick off a Phase I, single-dose escalation study to assess the safety and tolerability of VX-522 in adult patients with a CFTR genotype who do not respond to CFTR modulator therapy. The trial will begin “within weeks," Vertex stated in a press release.

VX-522 is delivered to the lung through inhalation of a CFTR mRNA encapsulated by a lipid nanoparticle. It is the result of a 6-year-old research collaboration with Moderna.

In a statement e-mailed to BioSpace Wednesday, Ashley Mahoney, director of external communications at Vertex, explained the importance of inhaled delivery.

“We have known for some time that CFTR mRNA could produce functional CFTR protein in vitro, but the biggest challenge for us and for everyone in the field working on mRNA has been delivery of the mRNA to the target [human bronchial epithelial] cells in the lungs,” Mahoney said. “We have now successfully identified a lipid nanoparticle (LNP) to deliver the CFTR mRNA to target cells at levels that result in CFTR function levels associated with clinical benefit.”

Over in Israel, SpliSense announced the initiation of a Phase I/II trial assessing SPL84, the company’s lead antisense oligonucleotide (ASO). SPL84 is intended to treat CF patients carrying the 3849+10 kilobase (Kb) C->T splicing mutation in the CFTR gene. Categorized as a Class V mutation, 3849+10 kilobase (Kb) C->T leads to a reduced amount of CFTR proteins at the cell surface.

There is no specifically approved treatment for patients with this mutation.

SPL84 binds specifically to the mutated CFTR RNA in the targeted sequence with the intent to modulate the mutated region in the mRNA. This would enable the cell to produce fully functional CFTR proteins. The ASO is also delivered directly to the lungs via inhalation. 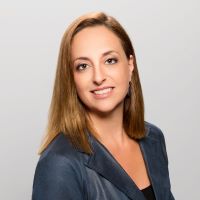 In an interview with BioSpace, SpliSense CEO Gili Hart, Ph.D. explained the key differences between her company’s program and VX-522. First, while Vertex’s therapy is mutation-agonistic, SPL84 targets the 3849+10 kilobase (Kb) C->T specifically.

Second, SPL84 is a “very small, short, single strand RNA that can enter the cell very easily, very elegantly with no multiplications, with no need for a carrier, no need for any lipid nanoparticles,” Hart said.

The small size of the ASO enables efficient distribution through the mucous.

“We were able to show that there is a very efficient, very precise distribution in the lungs of different animal models,” Hart said. This has been demonstrated both in non-human primates and muco-obstructive animal models, she added.

With VX-522, the process is more cumbersome. Hart explained that the full RNA sequence of the mutated CFTR gene must be packaged into the LNP and inhaled through the lungs into the mucous. The RNA then needs to be released from the particles, reach the right area and then be translated to the CFTR.

While CFTR modulators like Trikafta only stabilize the mutated protein, therefore helping to manage the symptoms of CF, Hart believes SPL84 could be curative because it generates fully functional CFTR.

CF is a life-shortening genetic disease with a total global patient population of about 100,000. Patients have mutations in the CFTR gene leading to a defective or missing CFTR protein. Sufferers will have inherited two defective CFTR genes.

Before CFTR modulators like Trikafta, most patients succumbed to the disease in their early 30s. Today, patients with the F508del mutation can expect to survive into their 50s, Hart said. SpliSense wants to improve the odds for the remaining 20% who can’t benefit from modulators due to non-responsive mutations, side effects and lack of modulator efficacy.

The company’s platform, which develops RNA-based therapies for genetic and pulmonary diseases, is based on the work of Scientific Founder and CSO Prof. Batsheva Kerem, Ph.D., a renowned geneticist from the Hebrew University of Jerusalem, who was part of the research team that identified and cloned the CFTR gene.

SpliSense is leveraging this platform to treat other pulmonary muco-obstructive diseases such as asthma and COPD and the devastating pulmonary disease idiopathic pulmonary fibrosis which typically claims its victims within 3-5 years of diagnosis.

For all of these indications, “there is one well-characterized, published and clinically-demonstrated gene that actually drives the obstruction,” Hart said.

SpliSense anticipates being in the clinic with the ASO targeting muco-obstructive diseases in the fourth quarter of 2023.