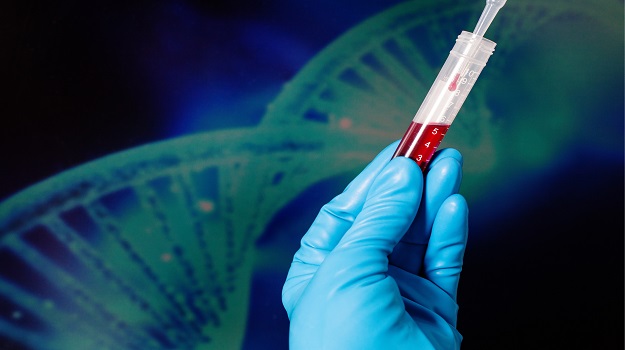 Based in Lexington, Mass. and Amsterdam, The Netherlands, uniQure updated its Phase IIb trial of AMT-061 in hemophilia B. AMT-061 is an AAV5-based gene therapy that contains a FIX-Padua variant, meaning a patent-protected form of Factor IX, the missing or insufficient protein that results in the disease.

In this segment of the trial, three patients with severe hemophilia, whose FIX activity was less than 1 percent, were enrolled. They received a single intravenous dose of the therapy. Before receiving AMT-061, all three patients were tested and found to have low levels of pre-existing antibodies to AAV5, but that did not exclude them from the trial.

Earlier data showed that all three patients had increasing and sustained levels of FIX after the one-time administration. Mean FIX activity at 12 weeks increased to 38 percent of normal, which exceeds threshold FIX levels clinical considered sufficient to prevent or at least significantly decrease the risk of bleeding events.

“We are extremely pleased with these updated data,” stated Robert Gut, chief medical officer of uniQure. “The study demonstrates AMT-061 has the potential to increase FIX activity into the normal range and continues to be very well tolerated, with no serious adverse events reported and no patients requiring any immunosuppression therapy. We look forward to providing further updates on these patients later in the year at other academic conferences.”

The Phase III HOPE-B trial has about 50 adult hemophilia B patients diagnosed as either severely or moderately severe. They were enrolled in a six-month observational period where they will continue to use their current standard of care to set a baseline control. After the six-month lead-in period, they receive a single IV dose of AMT-061.

This is all very good news for uniQure. As one of the leaders in the quite new field of gene therapy, it is also the owner of one of the more dramatic gene therapy failures. The company was marketing a gene therapy for a rare inherited disorder, lipoprotein lipase deficiency (LPLD), called Glybera (alipogene tiparvovec). It was approved in the European Union in 2012. LPLD is very rare, with no more than 350 to 700 patients in Europe.

The therapy was the first gene therapy approved for use in Europe. It was rejected twice, with the European Medicines Agency requesting additional trials. It was granted conditional market authorization with a requirement to include 12 more patients by 2017 in a post-marketing trial. Meanwhile, the U.S. Food and Drug Administration (FDA) turned the therapy down, requesting two more pivotal trials. As a result, uniQure dropped plans to market the drug in the U.S.

But the reason for the failure isn’t safety or efficacy. It was cost. Glybera was developed by a predecessor of uniQure, Amsterdam Molecular Therapeutics (AMT). AMT was formally liquidated in 2012, having lost millions of dollars trying to get the therapy approved. The assets were acquired by uniQure.

UniQure partnered with an Italian drug company, Chiesi Farmaceutici. Chiesi acquired the rights to sell Glybera in Europe for 31 million euros and uniQure retained the rights to the Canadian and U.S. markets.

When the therapy finally went on sale in Europe in 2015, it cost about $1 million (U.S.) for a single dose. Although at that time it was dubbed the most expensive drug in the world, since a cure was expected to last at least 10 years, it was viewed as a reasonable price. But being the first at anything brings its own set of challenges, and the company had problems convincing European governments and private insurers to pay for Glybera.

It only had one customer in Europe, a German woman with LPLD who had been hospitalized in intensive care more than 40 times. Her doctor told CBS News that it was worth it. She was cured.

In April 2017, Chiesi announced it was abandoning Glybera. Three remaining doses were given away to a patient in Italy for 1 euro and two German patients for 1 euro each. The treatment worked for all the patients who received it. The drug was administered to only 31 people in the world, most of whom received it free in clinical trials.

UniQure hopes, should its hemophilia B gene therapy be approved, have a more effective approach to the market.