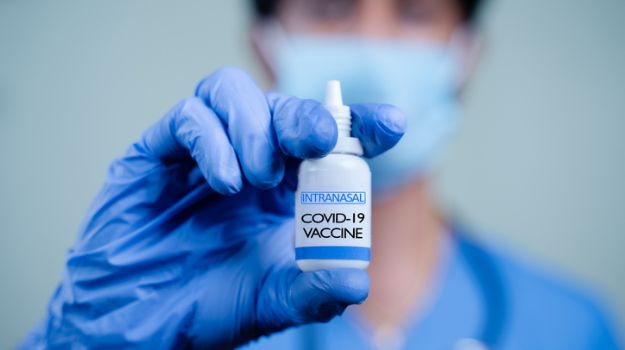 It looks as though an intranasal COVID-19 prophylactic may be getting closer to actual fruition. Touted as potentially more effective due to its ability to generate mucosal immunity to the SARS-CoV-2 virus, i.e., block it in the nose where it initiates and replicates, there has been a buzz around it all year. Still, many intranasal prophylaxes have had difficulty getting out of the starting gate.

This morning, two companies appear to have broken through. Codagenix Inc. announced favorable safety and immunogenicity data from a Phase I dose-escalation trial of its single-dose intranasal COVI-VAC vaccine. This follows preclinical data showing that COVI-VAC is also effective against a variant of concern.

“Our vaccine candidate appears able to block surrogate SARS-CoV-2 replication in the nose before it reaches the lower airways or lungs. This is likely achieved by stimulating both a systemic and mucosal immune response, highlighting the value of an intranasal, live-attenuated vaccine model,” said Codagenix Co-founder and Chief Executive Officer Robert Coleman.

The company’s machine-learning enabled codon deoptimization vaccine platform allows for the creation of rationally designed vaccines that are an antigenic match to all the proteins of the target virus, as opposed to just the spike protein. Codagenix stated that this makes the vaccine more capable of stimulating a complete, robust humoral and cell-mediated immune response.

Codagenix anticipates receiving data from the full Phase I trial cohort in late third or fourth quarter of 2021. Coleman added that the data “clearly support our ongoing acceleration into Phase II/III trials” and that the company looks forward to advancing COVI-VAC as a contributor in the ongoing fight against COVID-19.

Dr. Stanley Plotkin, emeritus professor at the University of Pennsylvania and adjunct professor at Johns Hopkins University, pointed to the potential logistical value of the vaccine, saying, “COVI-VAC’s unique intranasal design can be reliably delivered using basic refrigeration, making it a critical candidate to expand access to vaccines to areas in critical need of COVID-19 mitigation around the world.”

On the other side of the pond, London-based pHOXBIO Ltd. reported results from a pivotal phase II/III study of its novel prophylactic nasal spray, pHOXWELL.

In the trial, which consisted of high-risk healthcare workers in India during the country’s peak surge, those given pHOXWELL experienced 63% fewer SARS-CoV-2 infections than participants given a placebo. The data was also promising against symptomatic COVID-19, with 17.6% of participants who experienced infection in the pHOXWELL arm experiencing clinical symptoms versus 34.6% in the placebo arm.

pHOXBIO said that its self-administered prophylactic nasal spray is designed to offer a robust, variant-agnostic mechanism of action and that it provides six to eight hours of protection with two sprays per nostril.

Company Chairman Prof. Rakesh Uppal, professor of cardiovascular surgery at Queen Mary University of London and director of Barts Life Sciences, described the role he sees for the nasal spray.

“Vaccination, while absolutely essential, is not 100% effective and it is still possible to become infected by, and transmit, the virus that causes COVID-19. pHOXWELL is designed to offer extra protection to vaccines and PPE, as the spray inhibits SARS-CoV-2 from infecting the nasal mucosa, which is the primary entry point into the body. pHOXWELL’s efficacy is likely to be maintained with future mutations in the virus,” he stated.

The company will now file a SARS-CoV-2 prevention claim with Indian regulators, which it intends to follow in other territories.

“There is a pressing need globally for a prophylactic nasal spray to help prevent infection in areas where vaccination rollout remains inadequate in the face of the tragic human toll of this pandemic,” Uppal said. “We are confident that our anti-COVID-19 nasal spray, pHOXWELL, will become a vital part of the global armoury to provide an extra defensive shield to tackle the pandemic.”