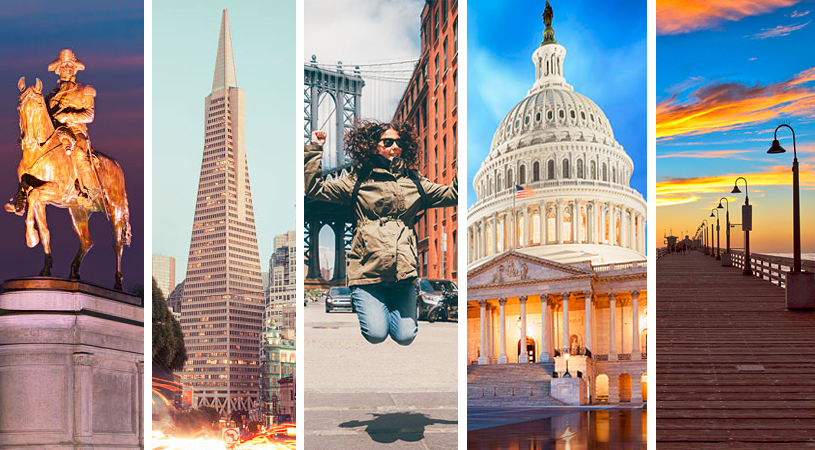 There are many ways of deciding which city or region is best for you—nearby family, weather, traffic, housing prices and, of course, jobs. Life science grads looking for research associate jobs in the U.S. may take into account all of those or only some.

“Research Associate” is a fairly broad term, and can refer to anyone involved in research in some sort of life sciences. That would include universities, biotech companies, pharmaceutical companies, medical device companies, contract research organizations (CROs), among others.

Degree levels for research associate also range widely from associate, bachelor, PhD and MD. The U.S. Department of Labor (DOL) lumps them into life, physical and social science occupations. Research associates with associate’s degrees working as agricultural and food science technicians earned a 2015 median pay of $36,480 while biochemists and biophysicists with doctoral or professional degrees earned a 2015 median pay of $82,150.

For 30 years, BioSpace has developed its Hotbed campaigns, which highlight thriving clusters in the life science industry. In a comparison of the two, there are significant overlaps, which we will discuss in finding the Top 5 Best U.S. Cities for Life Science Research Associate Jobs. Here’s a look.

First up, BioSpace wanted to isolate the number of actual life science jobs in the various regions from some of the other factors. For the most part, data on jobs was culled from JLL, a financial and professional services firm that specializes in commercial real estate services and investment management, which published a report, “United States Life Sciences Outlook – 2015.” At times, JLL’s figures didn’t quite match up with the jobs figures provided by other regional sources.

So, that said, the top 5 cities in the U.S. for life science jobs are:


A couple points are worth considering. First, three of these sectors are in California, with a combined 244,142 life science jobs by JLL’s count. Second, there isn’t a lot of granularity in terms of exactly what types of jobs these are, but it’s likely that the New York/New Jersey jobs tend to be more in big pharma, whereas the California and Boston jobs are more in the biotech area.

And third, notice the overlap with BioSpace’s HotBeds:


For a little more information on the Hotbeds:

Biotech Beach focuses on San Diego and Southern California, and covers two of the top five regions, San Diego and Los Angeles. This region includes companies such as Amgen, the Lilly Biotechnology Center, the Southern California Biotechnology Center and Genea Biocells, as well as academic institutions such as UCLA, USC, UC Irvine and The Salk Institute.

Genetic Engineering & Biotechnology News also took into account the amount of NIH funding in each city, the square footage of laboratory space, the number of deals and total of venture capital funding and the number of patents granted.

The Maryland/DC Metro is in the BioCapital Hotbed.

Companies in the BioCapital Hotbed include MedImmune, VirginiaBio, and institutions include the FDA, the National Institutes of Health (NIH), George Washington University, Virginia Tech and Johns Hopkins University.

Laboratory Space is something of a moving target (as is the number of jobs), due to biotech startups looking for space, and companies and institutions adding space, and real estate developers specializing in the life sciences building new hosting facilities. The top five are:

Venture capital is a reflection of biotech startups, for the most part. Data from VC funding was pulled from 2015 data published by MoneyTree Report.

The source for patent information was based on patents that contained the word “biotechnology” awarded since 1976 in the cities and/or suburbs where companies are located.

Traditionally, Boston and the San Francisco Bay Area are viewed as the two biggest hotspots for biopharma. The proximity to top talent, world-class research institutions and venture capital has made those two areas on opposite sides of the country the most dominant clusters for companies big and small. Although it’s not completely clear how Genetic Engineering & Biotechnology News weighted the various factors, Boston/Cambridge and the Bay Area still top the lists. Here are the top 5 cities where you can expect to find the highest concentration of research associate jobs:


Boston/Cambridge ranked No. 1 in both NIH Funding and Lab Space, No. 2 for both Venture Capital Funding and Patents and No. 3 for total number of Jobs.

The San Francisco Bay Area ranked No. 3 for NIH Funding, No. 2 for Lab Space, No. 1 for both Venture Capital and Patents and No. 5 for Jobs.

New York/New Jersey ranked No. 2 for NIH Funding, No. 3 for Laboratory Space, No. 4 for Venture Capital spending, No. 5 for Patents and No. 1 for most number of life science Jobs.

The Maryland/DC Metro Area ranked No. 4 for NIH Funding, No. 6 for Laboratory Space, No. 5 for Venture Capital deals, No. 3 for Patents and No. 8 for Jobs.

San Diego ranked No. 9 for NIH Funding, No. 7 for Lab Space, No. 3 for Venture Capital deals, No. 4 for Patents and No. 4 for most life science Jobs.

Rounding out the list were Greater Philadelphia at (No. 6), Seattle (7), Raleigh-Durham, North Carolina (8), Los Angeles/Orange County, California (9) and Chicago (10).

What this data most strongly indicates is that the U.S. continues to have a vibrant, robust life science employment market with a broad range of available jobs in most regions around the country. Recent grads looking for research associate jobs will have to weigh numerous factors—family, weather, traffic, housing prices and more—to see what city is best for them.