Three Companies Plan to Build on Gene Therapy's Promise in 2022 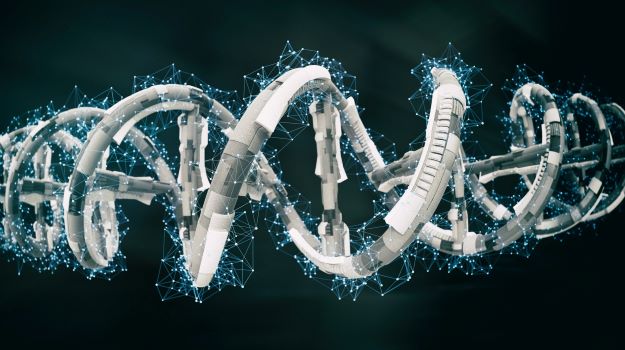 Three companies, Intellia Therapeutics, Editas Medicine and uniQure are each anticipating a bright 2022 as the promises of gene therapy continue to be realized.

Last year, the Cambridge, Massachusetts-based company announced positive data from patients who had their DNA edited with the company’s in vivo CRISPR-Cas9 therapy that was delivered systemically. The Phase I study aims at the genome editing platform at hereditary transthyretin (ATTR) amyloidosis. Delivered with the company’s in vivo lipid nanoparticle technology, NTLA-2001 is designed to halt and reverse the disease by driving a “deep, potentially lifelong reduction” in TTR protein following a single dose. Leonard said more data will be shared from the historic study next week and noted that the company remains on track to begin the second phase of the study.

In late 2021, Intellia entered the clinic with NTLA-5001, an autologous T cell receptor (TCR)-T cell therapy being developed to treat all genetic subtypes of acute myeloid leukemia. NTLA-5001 has been engineered to target the Wilms’ Tumor 1 (WT1) antigen. In the fourth quarter of 2021, the company began to screen patients for a Phase I/IIa study of NTLA-5001 in AML. Dosing of the first patient is expected to begin within the next several weeks.

Intellia’s announcements about its programs come hard on the heels of its acquisition of ReWrite Therapeutics and that company’s DNA writing technology. The technology is designed to provide finer control of DNA editing, while at the same time providing broader means of editing genes that cause disease. Additionally, the company snapped up space to develop a 140,000 square-foot manufacturing facility in Waltham, Mass. As BioSpace previously reported, the new site will support Intellia’s manufacturing of critical components for its CRISPR-based investigational therapies.

“We began 2022 with strong momentum. We continue to propel our own scientific innovation, as well as leverage external capabilities from across the industry to generate the next wave of clinical candidates,” Leonard said in a statement.

Neighbor Editas Medicine is also eyeing the potential of its platform in the coming year. James C. Mullen, president and CEO, said that Editas is entering 2022 with an expanded pipeline of clinical programs and new preclinical candidates.

“In 2021, we demonstrated the ability to edit in vivo with EDIT-101, supporting continued development and additional ocular opportunities such as EDIT-103 for retinitis pigmentosa, as well as opportunities in other organs,” Mullen said in a statement.

EDIT-101 is the first in vivo gene edited therapy for Leber Congenital Amaurosis 10 (LCA10), a CEP290-related retinal degenerative disorder. The company noted that in vivo data demonstrated evidence of gene editing and potential clinical benefit and also showed a favorable safety profile. In the first half of his year, Editas anticipates an update. The company also noted that it is on track to complete dosing of the pediatric mid-dose cohort in the first half of 2022 and expects to initiate dosing of the pediatric high-dose cohort this year.

“In 2022, we expect to release additional data for EDIT-101, show initial clinical findings for EDIT-301 in sickle cell disease, and begin patient dosing in the beta thalassemia trial. We also expect to begin IND-enabling studies for EDIT-202, the first for our iNK programs.”

EDIT-301 is designed to edit the HBG1/2 promoter and disrupt the binding site of BCL11a. The company said mutations mimic the “asymptomatic condition Hereditary Persistence of Fetal Hemoglobin (HPFH),” which will ameliorate disease symptoms. Editas is enrolling for the Phase I/II RUBY study in sickle cell. Dosing is expected in the first half of 2022.

uniQure, another gene therapy company, is also building on its progress in 2021 for a strong 2022. This morning, Matt Kapusta, CEO of uniQure, said the company is preparing to submit marketing applications for etranacogene dezaparvovec, a gene therapy for patients with hemophilia B.

In December, uniQure and its partner, CSL Behring, announced positive data from the HOPE-B study of etranacogene dezaparvovec in severe and moderately severe hemophilia B patients. The study hit its primary endpoint of non-inferiority in the annualized bleeding rate at 18 months following administration of the gene therapy compared to baseline Factor IX (FIX) prophylactic therapy.

In addition to the hemophilia B program, uniQure is also focused on two ongoing Phase I/II studies in Huntington’s disease. Kapusta said, later this year, the company will share additional safety and biomarker data from all 10 patients in the lower dose cohort, including mutant HTT protein and neurofilament light chain.

“We also are poised to advance our gene therapy product candidates for Fabry disease and refractory temporal lobe epilepsy into IND-enabling toxicology studies, and we expect to initiate at least two new gene therapy programs targeting the liver and CNS during the year,” Kapusta said in a statement. “As we continue to advance and grow our pipeline, we are also expanding our manufacturing footprint with a second cGMP facility in Amsterdam, which we expect will come online in 2022.”