After About 50 Years, the mRNA Revolution is Here 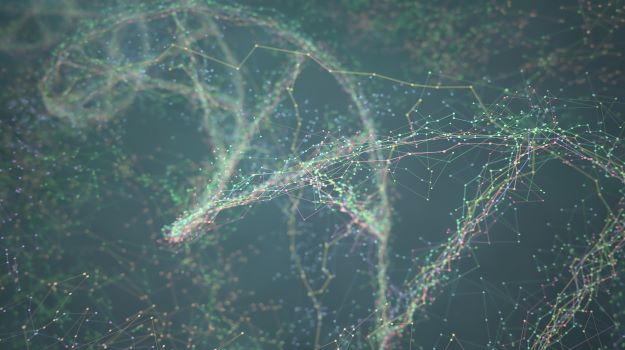 Between the Moderna and Pfizer-BioNTech COVID-19 vaccines, there are two mRNA therapeutics on the market … the only two.

At least four years before the pandemic, Moderna and BioNTech were known as cutting-edge mavericks with completely unproven technology and sky-high market values. Moderna, in particular, was able to raise investor dollars—in January 2017 it had about $1 billion in cash, a Global Health Partnership with the Bill & Melinda Gates Foundation and numerous grants from the Biomedical Advanced Research and Development Authority (BARDA), but no products on the market.

It was only in January 2017 that the company publicly updated the world on its 12 mRNA development candidates, which included vaccines and therapeutics in infectious diseases, immuno-oncology and cardiovascular diseases. Most of BioNTech’s efforts with mRNA were in the oncology space. But mRNA therapeutics were all promise, no impact, until now.

Katalin Kariko began working on mRNA therapeutics in the 1970s while working in her native Hungary. She and her family left Hungary for the U.S. in 1985 to work at Temple University in Philadelphia, then moved to the University of Pennsylvania’s School of Medicine. But her research was believed to be too radical and too financially risky.

Eventually, continuing her work despite resistance on the part of funders, she and her colleague at the University of Pennsylvania, Drew Weissman, developed an approach using synthetic mRNA. This is now the basis of the COVID-19 vaccines and Kariko is a senior vice president of BioNTech.

Stephane Bancel, speaking on a 16z podcast created by Silicon Valley VC firm Andreessen Horowitz, described how, having worked in infectious diseases his entire career, he had “developed an eye for outbreaks. So, one of the things I do is read The Wall Street Journal and The Financial Times every morning as I get up. And between Christmas and New Year of last year (2019), I noticed an article saying that there is a new pathogen agent in China giving pneumonia-like symptoms – that’s all it says.”

He worked regularly with Barney Gram, who worked for Anthony Fauci at the National Institutes of Allergy and Infectious Diseases (NIAID), and sent him an email asking him about it. He was told what little was known at the time—it was probably a virus, it’s a new coronavirus, and that in a couple of days the Chinese were going to have the virus’s sequence published online.

“And so on January 11 (2020),” Bancel said, “the Chinese put the sequence online and our team at Moderna used the sequence to design a vaccine. Barney’s team did the same thing. And when they shared notes after around 48 hours, they’d designed exactly the same vaccine.”

The importance of this can’t be understated. Without actually having samples of the virus, using digital information about the viral genome, they were able to design a vaccine within 48 hours!

Bancel said, “We thought it up in silico, we never had access to a physical virus. And we designed the vaccine and we got the two teams at NIH and Moderna because we were so worried about making a mistake in the vaccine design, as you can imagine. So we were super happy when the team literally compared notes after two days with exactly the same design for our vaccine. Because it was an outbreak and we knew every day mattered. At the same time, we started to make a clinical-grade product to go into Phase I. And what’s really remarkable is that the vaccine that was reviewed by the FDA on December 17, it’s exactly the same vaccine that our guys designed in January in silico. We never changed one atom, it’s exactly the same molecule.”

Now that the mRNA technology has crashed through the proof-of-concept barrier as it sped toward ending the worst global pandemic in a century in record time, researchers are looking to where mRNA therapeutics might go next. The sky would appear to be the limit, as earlier backers of the research believed.

A research team at Yale recently patented a similar RNA-based approach to vaccinate against malaria. Pfizer has indicated they plan to use mRNA for its seasonal flu vaccines because it’s so easy to edit. BioNTech, as mentioned earlier, is working on cancer therapeutics—they are individualized therapies that could manufacture on-demand proteins associated with specific tumors that help the body’s immune system fend off advanced cancer. In other approaches, mRNA therapies have slowed and reversed multiple sclerosis in mouse models.

“I’m fully convinced even more than before that mRNA can be broadly transformational,” Özlem Türeci, BioNTech’s chief medical officer, told The Atlantic. “In principle, everything you can do with protein can be substituted by mRNA.”

This is not to say there aren’t limitations. As both the Pfizer-BioNTech and Moderna vaccines have demonstrated, mRNA can be fragile and currently requires very cold storage and transportation temperatures. There may also be significant limitations in other diseases—infectious diseases tended to be viewed as low-hanging fruit for mRNA therapeutics, more readily applicable.

“This has been a coming-out party for mRNA, for sure,” John Mascola, director of the Vaccine Research Center at NIAID, told The Atlantic. “In the world of science, RNA technology could be the biggest story of the year. We didn’t know if it worked. And now we do.”

But before we turn the corner on a new age of drug development, it’s worth remembering that it took 40+ years to get this far for two products.

Türeci, despite the overall optimism, noted, “I do not claim that mRNA is the holy grail for everything. We are going to find that there are diseases where mRNA is surprisingly successful and diseases where it’s not. We have to prove it for each and every infectious disease, one by one.”