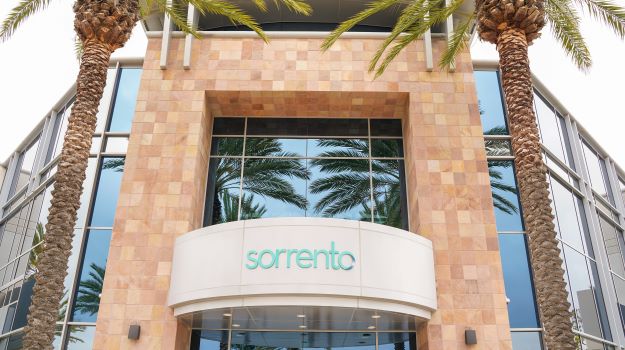 San Diego-based Sorrento Therapeutics received the go-ahead from the U.S. Food and Drug Administration (FDA) for its Investigational New Drug (IND) application for its Phase I study of intranasal STI-2099 (COVIDROPS) for mild COVID-19.

STI-2099 is a formulation of its antibody against COVID-19 that can be taken in a nasal spray. It is also evaluating the antibody in an intravenous form (STI-2020) in a Phase I trial.

The Phase I study of STI-2099 will evaluate the safety and pharmacokinetics of the drug in both healthy volunteers and people with mild COVID-19.

The small volume IV-push formulation, STI-2020, is being evaluated against the wildtype strain of the virus most dominant in the U.S., which originated in Wuhan, China. It is also being tested against the emerging UK variant. The company also plans to test STI-2099, the intranasal version, alone or in combination with the intravenous version to treat newly diagnosed patients.

The company believes the nasal therapy may be able to stop COVID-19 infection at the earliest stages in the nasal passages before it spreads to the lungs. And potentially, if the infection is already in the lungs, might prevent the development of severe infections.

“We plan to use our intranasal formulation technology, which allows administering a drug via simple drops in the nose, for other antibodies we are currently developing with a goal of providing coverage against all variants of the SARS-CoV-2 virus that might evade inhibition from treatment with existing therapies,” said Henry Ji, chairman and chief executive officer of Sorrento.

The company also announced yesterday that the FDA had cleared its internally developed anti-CD48 monoclonal antibody, STI-6643, for a Phase Ib trial in patients with multiple cancers. The monoclonal antibody was discovered from its G-MAB library. CD47 is a glycoprotein ubiquitously expressed in a range of cancers and plays a critical role in self-recognition. Several solid and hematologic cancers exploit CD47 expression to evade attacks by the immune system. As such, CD47 overexpression is associated with poor outcomes.

Sorrento believes STI-6643 has the potential to be best-in-class if the positive results seen in preclinical studies are duplicated in human clinical trials. STI-6643 is the second anti-CD47 antibody the company developed. The other, IMC-002, was previously cleared by the FDA and is now in Phase I trials sponsored by ImmuneOncia Therapeutics, a joint venture between Sorrento, which has 35% ownership, and Yuhan Corporation.

“We have seen great performance from STI-6643 in our IND-enabling studies,” Ji said. “Our internal anti-CD47 program has now yielded two clinical candidates, a signal of our continued commitment to the development of innovative, safe and efficacious cancer treatments in addition to our commitment to fighting COVID-19.”

In addition to these products, Sorrento is developing a first-in-class TRPV1 agonist, resiniferatoxin for non-opioid pain management, SP-102, a viscous gel formulation of dexamethasone for epidural injections to treat lumbosacral radical pain (sciatica) and to commercialize ZTlido (lidocainei topical system) for post-herpetic neuralgia.