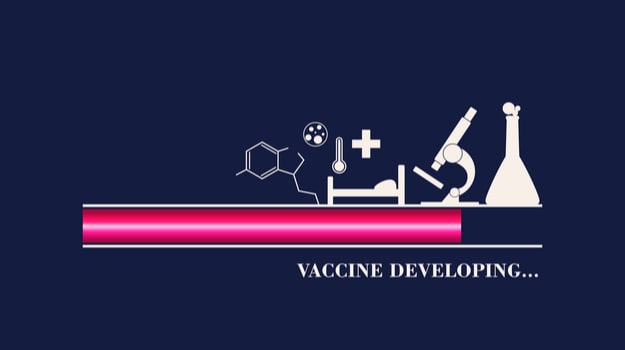 Three of the most advanced COVID-19 vaccines published data from early and mid-range clinical trials this week. CanSino Biologics, along with China’s military research unit, reported early data on its Phase II trial for its COVID-19 vaccine, Ad5-nCOV. The results in 508 patients showed antibody and T-cell immune responses. There were no reported serious side effects. The data was published in the journal The Lancet.

“With one dose, CanSino’s human adenovirus vector-based vaccine elicited receptor-binding and neutralizing antibodies in 508 patients peaking after 28 days,” wrote Philipp Rosenbaum, senior infectious diseases analyst at GlobalData. “However, in the 52% of study participants that had a high pre-existing immunity to the viral vector, both types of antibodies were only at half the level than in the group with low-pre-existing immunity. A second dose of the vaccine might solve this issue, but on the other hand reduce the number of people who can be vaccinated.”

The CanSino vaccine uses a modified common cold virus as a vector to deliver the genetic material. This is a method also being utilized by the University of Oxford and AstraZeneca, which also published their results in The Lancet.

Last week, Moderna and researchers from the National Institute of Allergy and Infectious Diseases (NIAID) and clinical trial centers published the data in The New England Journal of Medicine from its Phase I trial of mRNA-1273, its mRNA vaccine.

The interim analysis was of a two-dose vaccination schedule given 28 days apart at three different dose levels, 25, 100 and 250 micrograms in 45 healthy adults ranging in age from 18 to 55 years. The data published was on results through Day 57.

“These Phase I data demonstrate that vaccination with mRNA-1273 elicits a robust immune response across all dose levels and clearly support the choice of 100 microgram in a prime and boost regimen as the optimal dose for the Phase III study,” said Tal Zaks, Moderna’s chief medical officer. “We look forward to beginning our Phase III study of mRNA-1273 this month to demonstrate our vaccine’s ability to significantly reduce the risk of COVID-19 disease.”

The company’s Phase II trial of the study, with two cohorts, healthy adults ages 18-55 years and older adults ages 55 years and above, are fully enrolled. That study is a placebo-controlled, dose-confirmation study focusing on patients receiving either a placebo, a 50-microgram or 100-microgram dose.

Pfizer and BioNTech announced preliminary data on July 1 from trials of their vaccines, with similar results.

Naor Bar-Zeev and William Moss, with the International Vaccine Access Center at Johns Hopkins Bloomberg School of Public Health, wrote an accompanying editorial in The Lancet discussing both the University of Oxford/AstraZeneca results, also published in the journal, and the CanSino study.

“These trial reports are hugely anticipated. The results of both studies augur well for Phase III trials, where the vaccines must be tested on much larger populations of participants to assess their efficacy and safety. Overall,” they wrote, “the results of both trials are broadly similar and promising, notwithstanding differences in the vector, in the geographical locations of the populations studies, and the neutralization assays used.”

They noted that the importance of the studies looking at associations of age and sex with adverse events and immunogenicity by the Chinese group and longevity of response by the British groups, particularly “given the differential burden of severe outcomes in older adults, and the emerging science around differential sex-specific vaccine effects. These COVID-19 vaccine trials are small so inferential caution is warranted, but the explorations are laudable. Ethnic diversity in both these trials was very limited.”

They also point out that the safety results seen in the two trials are reassuring. “But when things are urgent, we must proceed cautiously. The success of COVID-19 vaccines hinges on community trust in vaccine sciences, which requires comprehensive and transparent evaluation of risk and honest communication of potential harms.”

Where are the Antibodies to SARS-CoV-2 in the U.S.?

Researchers with the U.S. Centers for Disease Control and Prevention (CDC) and other investigators evaluated 10 locations across the U.S. for antibodies to COVID-19 from March 23 to May 12, 2020. By testing a cross section of 16,025 residual specimens, they estimated the proportion of people with detectible antibodies to SARS-CoV-2 in 1.0% in the San Francisco Bay area to 6.9% in New York City. They found that there were six to 24 times more infections per site than reported COVID-19 cases. However, most people at those locations likely did not have detectable antibodies to the virus. The collection sites were San Francisco Bay area; Connecticut; south Florida; Louisiana; Minneapolis-St. Paul-St. Cloud metro area in Minnesota; Missouri; New York City metro area; Philadelphia metro area; Utah; and western Washington State. The authors concluded, “The estimated number of infections … was much greater than the number of reported cases in all sites. The findings may reflect the number of persons who had mild or no illness or who did not seek medical care or undergo testing but who still may have contributed to ongoing virus transmission in the population.”

Proteins that Protect Synapses Discovered, Could Help Alzheimer’s and Schizophrenia

Researchers at the University of Texas Health Science Center at San Antonio discovered a new class of proteins that protect synapses from being destroyed. This has implications for Alzheimer’s disease and schizophrenia. In mouse models of Alzheimer’s, they found that by removing complement proteins from the brain protected it from neurodegeneration. Complement is an immune system pathway that calls for macrophages to eat excess synapses during development. They identified proteins that inhibit this function.

Investigators with the University of Utah found that the lattice, a major structural part of the HIV virus, is dynamic. It is made of Gag and GagPol proteins and was thought to be completely static. But their new electron microscopy approach, that didn’t involve freezing the viral samples, showed that the lattice was dynamic, moving, which may have implications for new approaches to therapeutics.

Oxytocin May Be Used to Treat Cognitive Diseases like Alzheimer’s

Researchers at Tokyo University of Science found evidence that oxytocin, a hormone dubbed the “love hormone” because of its ability to induce feelings of love and well-being, can reverse some of the damage caused by amyloid plaques in an animal model of Alzheimer’s disease. Alzheimer’s is associated with two abnormal proteins, amyloid plaques and tau tangles. The research was published in the journal Biochemical and Biophysical Research Communications.

“This is the first study in the world that has shown that oxytocin can reverse ABeta-induced impairments in the mouse hippocampus,” said Akiyoshi Saitoh from the Tokyo University of Science, who led the research. “At present, there are no sufficiently satisfactory drugs to treat dementia, and new therapies with novel mechanisms of action are desired. Our study puts forth the interesting possibility that oxytocin could be a novel therapeutic modality for the treatment of memory loss associated with cognitive disorders such as Alzheimer’s disease. We expect that our findings will open up a new pathway to the creation of new drugs for the treatment of dementia caused by Alzheimer’s disease.”

Saitoh and his team perfused slices of the mouse hippocampus with Abeta to confirm that Abeta caused the signaling abilities of neurons in the slices to decline. Then, they perfused with oxytocin, noting that the signaling abilities increased. Further experiments concluded that oxytocin bound with oxytocin receptors in the membranes of brain cells.