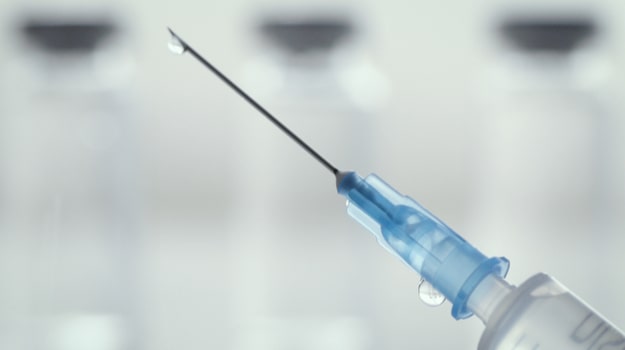 New York-based Pfizer and Germany-based BioNTech announced preliminary data from the most advanced of four of its vaccine candidates against SARS-CoV-2, the virus causing COVID-19. The BNT162 program is studying at least four vaccines, each having a different combination of mRNA format and target antigen. The preliminary data is for BNT1621b1, which encodes an optimized SARS-CoV-2 receptor binding domain (RBD) antigen. The research study had been uploaded to the preprint server MedRxiv, but has yet to be peer-reviewed.

“We are encouraged by the clinical data BNT1621b1, one of four mRNA constructs we are evaluating clinically, and for which we have positive, preliminary, topline findings,” said Kathrin U. Jansen, senior vice president and head of Vaccine Research & Development, Pfizer. “We are dedicated to develop potentially groundbreaking vaccines and medicines, and in the face of this global health crisis, we approach this goal with the utmost urgency. We look forward to publishing our clinical data in a peer-reviewed journal as quickly as possible.”

In the 24 people who received the 10 microgram and 30 microgram doses, they all showed elevated levels of RBD-binding (receptor-binding domain) IgG concentrations of 4,813 units/ml and 27,872 units/ml at day 28, seven days after receiving the immunization. The companies say those concentrations are 8- and 46.3-times the GMC (geometric mean concentration) of 602 units/ml in a panel of 38 sera taken from patients who contracted COVID-19.

The neutralizing antibodies, those that seem to prevent the virus from functioning, were observed at 1.8- to 2.7-times the level of those found in patients who recovered from COVID-19. At this time, it’s not certain if the higher antibody levels lead to immunity to the virus, for this vaccine or any other vaccines. Pfizer will need to run larger trials to effectively prove that people who are dosed with the vaccine are at least 50% less likely to become infected. They are planned to begin this summer, primarily in the U.S.

There were some side effects, although all were found to be minor, meaning they did not result in hospitalizations, disability or were life-threatening. In the group receiving 100 micrograms, about half developed fevers. A second dose at that high level was not given a second time.

The trial did not include pregnant women and no details on ethnic diversity in the trial was noted. It did indicate that future trials will require a more diverse population.

The Pfizer-BioNTech vaccine is a messenger RNA product, similar to the one Moderna is developing with the U.S. National Institutes of Allergy and Infectious Diseases (NIAID). It takes a small piece of messenger RNA that codes for a specific molecule on the virus’s surface. When injected into the body, it causes cells to churn out that molecule, which will train the immune system to identify the virus and neutralize it before it can replicate. No mRNA products have been approved for use yet.

Pfizer and BioNTech indicate that this data, along with preclinical data and additional data being generated, will be leveraged to choose a dose level and pick the best vaccine candidate out of the several being evaluated, to advance to a large, global Phase IIb/III trial. That trial could enroll up to 30,000 healthy people and is planned to start later this month.

Meanwhile, the companies are expecting to manufacture up to 100 million doses of the vaccine by the end of 2020 and possibly more than 1.2 billion by the end of 2021. The companies will jointly work to distribute the COVID-19 vaccine globally, except in China, where BioNTech has a collaboration agreement with Fosun Pharma for clinical development and commercialization.

The vaccine is also supported by Canadian biotech company Acuitas Therapeutics, which provides lipid nanoparticles (LNP) which are used to contain the various mRNA payloads.

Ugur Sahin, co-founder and chief executive officer of BioNTech, told the Financial Times that it was looking for a higher level of neutralizing antibody responses, which would increase the probability that people receiving the vaccine will be less likely to spread the disease, as well as contract it.

According to the World Health Organization, 17 groups have taken their COVID-19 vaccines into human clinical trials.