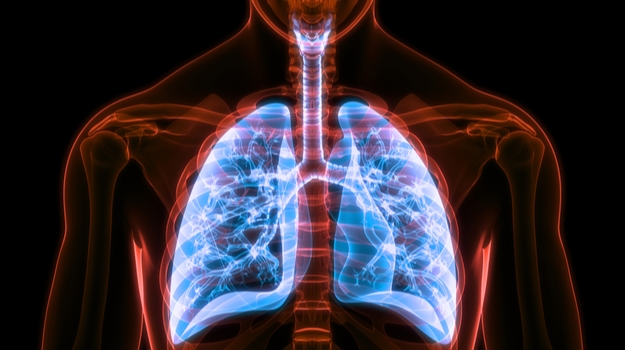 Chronic obstructive pulmonary disease (COPD) is a group of diseases that causes breathing difficulties in nearly 16 million Americans and more than 250 million people around the world. It is estimated that COPD, which includes emphysema and chronic bronchitis, causes the deaths of about 3 million people annually. In the United States, it is the third leading cause of death.

There are many risk factors associated with COPD and, according to the World Health Organization, the number of confirmed diagnoses of the disorder is climbing across the globe, particularly in areas of low and middle income. In the United States, the Centers for Disease Control and Prevention, along with the National Institutes of Health, released a national action plan as a road map to address what it considers one of the most urgent health concerns facing the nation. COPD causes a narrowing of the airways, which in turn causes breathing problems that is often accompanies by a persistent cough and chest infections.

While there is no cure for the disease, there are a number of drugs that have been approved to treat the illness. And with the growing number of cases, the drug market for COPD is expected to dramatically increase as well. According to research composed by GlobalData, the COPD market is expected to increase from $9.9 billion to about $14.1 billion by 2025. Some of that growth will be from popular COPD drugs already on the market, such as Advair, Symbicort, Spiriva, Breo Ellipta, Trelegy Ellipta and more, but also due to the growing number of potential treatments currently in the developmental pipelines of pharma companies. With November being COPD Awareness Month, BioSpace takes a look at some of these clinical candidates, as well as some recently approved drugs.

Breztri Aerosphere – AstraZeneca’s Breztri Aerosphere, formerly known as PT0101, was rejected by the FDA in October despite the medication having hit its endpoints in the Phase III KRONOS trial. In its announcement, AstraZeneca did not share the FDA’s concerns but noted that it will work with the regulatory agency as it moves forward. It is likely that the company will seek to use additional Phase III results from the ETHOS trial, PT010 demonstrated a statistically-significant reduction in the rate of moderate or severe exacerbations compared with dual-combination therapies Bevespi Aerosphere (glycopyrronium/formoterol fumarate) and PT009 (budesonide/formoterol fumarate).

Nucala – GlaxoSmithKline has been positioning its IL-5 inhibitor Nucala as a possible treatment for COPD, but last year, the FDA raised doubts over the drug’s efficacy for that indication. An FDA staff report raised concerns over the drug’s “failure to meet a statistical threshold for effectiveness in one of the clinical trials.” The FDA staff report pointed to another IL-5 inhibitor, AstraZeneca’s Fasenra, which failed in a Phase III trial as a treatment for patients with moderate to very severe COPD. Nucala was initially approved in 2015 by the FDA to treat patients age 12 years and older with severe asthma with an eosinophilic phenotype.

Yupelri – In November 2018, the FDA approved Mylan and Theravance’s Yupelri, the first nebulized bronchodilator approved for the treatment of COPD in the United States. Yupelri, a long-acting muscarinic antagonist, was approved for the maintenance treatment of COPD. The approval was supported by Phase III data that showed Yupelri demonstrated statistically significant and clinically meaningful improvements as compared to placebo in trough forced expiratory volume in one second.