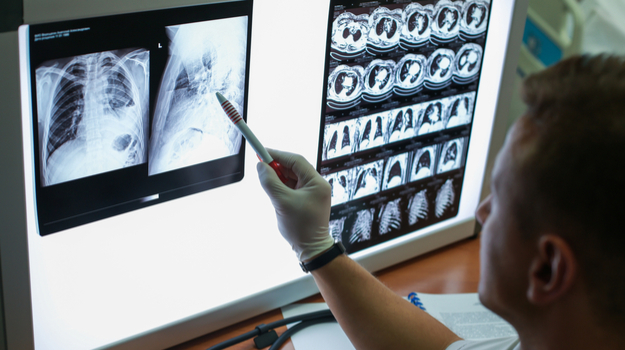 Duaklir is a fixed-dose combination treatment of the long-acting muscarinic antagonist (LAMA) aclidinium bromide and long-acting beta-agonist (LABA) formoterol fumarate. It is administered twice-daily by way of the breath-actuated inhaler Pressair.

In April 2017, Circassia and AstraZeneca teamed up in the U.S., with Circassia having exclusive U.S. commercialization rights to Duaklir Pressair, while AstraZeneca was responsible for the product’s development and regulatory submission.

“Our collaboration with AstraZeneca throughout the Duaklir Pressair regulatory process has been overwhelmingly positive,” stated David Acheson, Circassia’s senior vice president, U.S. Commercial. “We look forward to bringing Duaklir Pressair to market in the coming months as an important extension of Circassia’s COPD and respiratory health portfolio.”

COPD is a progressive disease associated with tobacco smoking, air pollution or occupational exposure. It results in difficulties in breathing and increasing episodes of breathlessness. According to the American Lung Association, COPD is the third leading cause of death in the U.S, with more than 11 million people having been diagnosed.

The Duaklir approval is built on data from three Phase III clinical trials, ACLIFORM, AUGMENT and AMPLIFY. It also includes clinical data from the Phase IV ASCENT trial, which demonstrated aclidinium therapy is effective at reducing COPD exacerbations. Duaklir is the only twice-daily LAMA/LABA product approved in the U.S. with COPD exacerbation data in its prescribing information.

“With guidelines recommending combined LAMA and LABA therapy for a number of COPD patient groups, we believe Duaklir will make an important contribution to the treatment of this debilitating disease,” stated Michael Asmus, Circassia’s vice president, U.S. Medical Affairs.

He went on to say, “Duaklir’s approval is based on a broad clinical database, including data demonstrating a reduction in the risk of COPD exacerbations driven by its aclidinium component, and we look forward to making this new therapeutic option available to patients across the United States.”

Circassia also has another COPD drug on the market, Tudorza. Steve Harris, chief executive officer of Circassia, stated, “We are delighted with the FDA approval of Duaklir, which we believe will provide a valuable treatment option for the significant number of patients with COPD in the United States. The addition of Duaklir to our portfolio further strengthens our range of marketed respiratory products and we look forward to launching it in the U.S. in the coming months alongside our aclidinium monotherapy, Tudorza, as part of the significant LAMA/LABA market that is predicted to grow rapidly over the coming years.”

“The results of the AMPLIFY trial showed us that the benefits of the combination were more than its individual components in terms of efficacy, with a comparable safety profile,” stated Sanjay Sethi, professor and Chief, Pulmonary, Critical Care and Sleep Medicine, Jacobs School of Medicine & Biomedical Sciences, University at Buffalo, and investigator on the AMPLIFY trial. “The study also showed a reduction in the use of rescue inhalers in the Duaklir Pressair group, which is a good measure of symptom control in symptomatic COPD patients. Duaklir Pressair will be a welcome addition to the armamentarium to help these patients.”