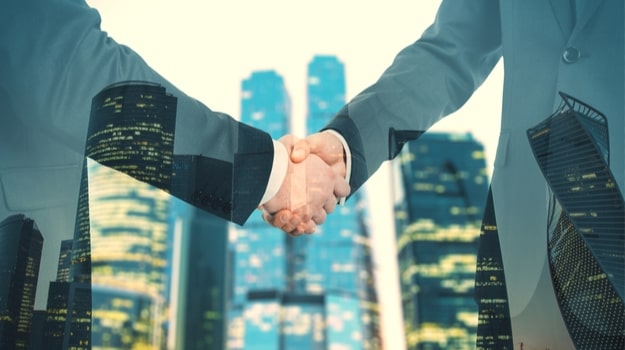 A new report by PwC projects that the second half of this year will see a “flurry of deals activity across all areas of the sector.”

The report, titled “Pharmaceutical & Life Sciences: Deals 2022 Midyear Outlook,” indicates that the U.S. Federal Trade Commission (FTC) has increased scrutiny of larger deals, which would suggest there will be more bolt-on acquisitions in the range of $5 to $15 billion. Even by the standards of the first half of this year, all but Pfizer's purchase of Biohaven Pharmaceutical for $11.6 billion are smaller than that.

The first half has been fairly quiet, but now, the report indicates, the large pharmaceutical companies have a lot of cash, especially if they have COVID-19 treatments in their portfolios. Also, a lot of companies are facing patent cliffs in 2025, so they may be willing to acquire some products to fill in the expected gaps created by generic and biosimilar competition.

Mergers and acquisitions (M&A) have been down 58% compared to the first half of 2021, with a valuation of $61.7 billion. In terms of deal volume, there have been 137 deals, down 33% from the same period last year. The biggest deals so far have been the Pfizer-Biohaven acquisition, Bristol Myers Squibb’s takeover of Turning Point Therapeutics for $4.1 billion, GlaxoSmithKline’s buyout of Affinivax for $3.3 billion and Biocon Biologics’ acquisition of Viatris’ biosimilars portfolio and related commercial and operational capabilities for $3.3 billion.

The report includes several sectors, including pharma, biotech, medical device and “other/services.” In pharma, deal activity is down about 30% on a semi-annualized basis, with deal values dropping about 50%. This only reinforces the industry’s interest in smaller deals built around a single asset or a bolt-on deal. They believe this is related to increased FTC scrutiny.

At the same time, the industry “continues to experience labor shortages, supply chain snags and higher input costs - particularly around packaging - due to inflationary pressures. To stay nimble in a rapidly changing environment, pharma companies are re-examining capital allocation strategies, as well as considering alternative options for their supply chains.”

Their analysis of the biotech subsector, without a clear definition of the differences between pharma and biotech, focuses on the XBI biotechnology index, which peaked in January 2021, outpacing the S&P 500. However, it’s been declining ever since with more than 60 biotech companies announcing layoffs so far this year, with some shuttering their doors completely. The initial public offerings (IPOs) have also been dramatically slower this year. In 2021 104 biotech IPOs brought in almost $15 billion, but 2022 has only reported 14 IPOs so far that have raised less than $2 billion collectively.

The pharma patent cliffs will exert pressure, with PwC predicting almost $180 billion in revenue from the largest companies will be at risk between 2023 and 2028. At the top of that list is likely AbbVie’s Humira, which brought in $20.694 billion last year all on its own, but begins losing patent exclusivity in 2023.

That may be so, but it can take a long time for a new drug to replace the income from a blockbuster, although prices for cutting-edge gene and cell therapies are so high that might be a focus of investment.

Other factors the entire industry is facing are drug pricing, antitrust scrutiny, inflation, and the Russian invasion of Ukraine. The majority of companies are trying to overcome the disruptions from two-plus years of the COVID-19 pandemic — although to be fair, some companies such as Pfizer, BioNTech and Moderna have greatly benefited from the pandemic — but are now struggling with inflation and supply chain issues. It’s possible the mid-term elections in November will generate some stability over drug pricing and other regulatory issues, although that seems optimistic. Inflation, energy supplies and supply chain issues will likely persist and possibly increase as the Russia-Ukraine conflict continues.

The report states, “Expect pharma and life science executives to revisit operational strategies as they navigate these uncertainties.”