Prepping for COVID-19’s Next Wave: Is the Glass Half Full or Half Empty? 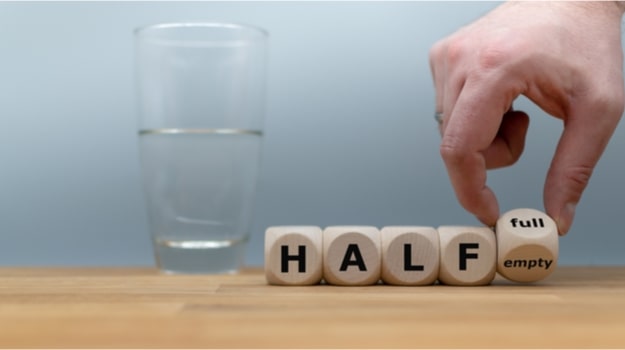 COVID-19 didn’t disappear with summer temperatures, it just shifted locations and demographics. Now, with both autumn and flu season fast approaching, nearly everyone is wondering whether we will endure another round of illnesses that will rival that of last spring.

There is a lot of good news to temper the bad.

“We know a lot more about the disease and how to treat it than we did in March so, reactively, we’re better,” Chris Ehlinger, CEO of ValhallaMED, told BioSpace.

For example, physicians are realizing COVID-19 may be a disease of the microvascular system rather than a pulmonary disease, according to speakers at the Demy-Colton Virtual Salon, “Lessons from Bergamo.” This could be why so many of the therapies that have been tried have had relatively low effects. The good news is that we now know more about what doesn’t work and why.

Physicians also are developing a list of sequela, helping them more accurately diagnose cases that last spring may not have been recognized as COVID-19, enabling earlier treatment.

For hospitals, Ehlinger pointed out, “The FDA has been working feverishly to authorize ventilator alternatives. There are 77 to date and 11 dual patient circuits.” The federal government also is replenishing emergency supplies of personal protective equipment.

In terms of prevention, the New York Times Vaccine Tracker reports 38 vaccines are in clinical trials for COVID-19, with three approved for limited or early use. More than 120 are in development globally. One already is being administered in Russia.

With so many vaccines in development using multiple different approaches, the halt of Astra Zeneca’s Phase III COVID trial is not a major setback. It is still possible for a vaccine for COVID-19 to become available for at least first line responders and the vulnerable by the end of the year.

Populations are better prepared, too. People generally are wearing masks and are accustomed to social distancing to slow the spread of the virus.

Globally, as well as in the U.S., the curve is flattening, as fewer people contract the disease each day.

There will be fluctuations, of course. Just-released projections from the PolicyLab at Children’s Hospital of Philadelphia suggest there will be upticks during the next four weeks in the Mid-Atlantic and Sun Belt states. The effect on transmission rates of opening college campuses appears mixed. Some institutions have opened with few outbreaks while others have experienced significant incidents.

Meanwhile, the possibility of herd immunity is growing. So far, approximately 28 million people globally already have had confirmed cases of COVID-19. Of those, about 906,000 have died. That’s a mortality rate of 3.2%

The U.S., despite having the most confirmed cases (6,327,009), has a case mortality rate of 3.0%, on par with Australia and significantly lower than that of Italy (12.7%), the UK (11.7%), France (8.2%), Sweden and Canada (6.2% each), and Finland (4.0%), according to Johns Hopkins University of Medicine. Mortality rates depend upon multiple factors, however, and can’t be consider alone. For example, as more people are tested, mortality rates decline because less severe cases are discovered.

Unlike last spring, diagnostic tests are now generally available. By September 9, the U.S. Food & Drug Administration (FDA) had authorized 244 COVID-19 tests under emergency use authorizations (EUAs). Of those, 196 were molecular tests, 44 were antibody tests and 4 were antigen tests. This provides a wide range of testing options from lab PCR tests to point of care assays that deliver results within minutes. This has enabled the U.S. to perform more COVID-19 tests than any nation other than China. In the U.S., 149 tests per 100,000 people are performed daily, dropping the positivity rate from 9% to 8.8% in the course of two days.

Population surveys of antibodies suggest many others have developed cases that were so mild they didn’t realize that had contracted the virus. To better track the actual infection rate, the Centers for Disease Control and Prevention (CDC) is performing serology tests in the hardest hit regions of the U.S. It already has results from Connecticut, Louisiana, Minnesota, Missouri, the New York City metropolitan area, Philadelphia, the San Francisco Bay area, South Florida, Utah and Western Washington state. According the survey, the New York City area has the highest seroprevalance rate, at nearly 20%. Missouri had the lowest at 0.8%. Washington, where the outbreak was first noticed, had a seroprevalance rate of nearly 4%.

There’s no consensus, yet, on whether having the antibodies from the virus confers immunity, but the theory has held true in other viral outbreaks.

Given what has been learned about SARS-CoV-2 in just the past nine months, the warp speed response of the pharmaceutical industry, and the immediate actions of the federal government to remove needless choke points in the drug and vaccine approval process, we’ve made substantial progress.

While the nation isn’t fully prepared – no vaccines or therapeutics have yet been approved, even under EUAs – there is reason to believe the anticipated next wave may not be as debilitating as the first onslaught last spring. In terms of preparation, we’re more than halfway there.