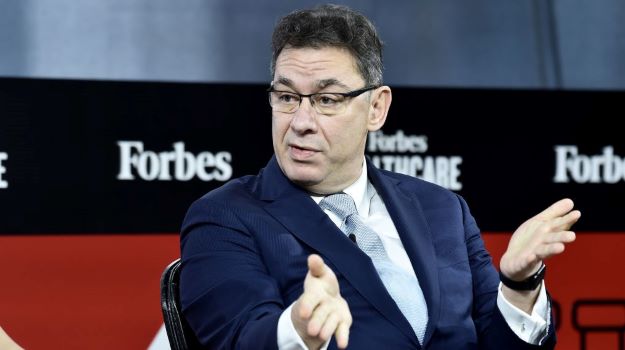 As the COVID-19 pandemic moves into its third year, at least some people think we might be seeing the light at the end of the tunnel as the disease progresses from a pandemic to an endemic stage. Others, however, warn that with the Omicron variant still raging, things may get worse before they get better. Read on for more details.

Speaking with French newspaper Le Figaro, Albert Bourla, Chief Executive Officer of Pfizer, said he believes the world will “return to normal life” sometime this spring. He argues that the amount of testing, vaccinations and emerging treatments will allow the world to turn the corner and put the COVID-19 pandemic in the rearview mirror. Part of the thinking is that the vaccines helped prevent deaths, but they haven’t done as good a job at slowing the spread of the disease in the face of the more infectious Omicron variant. However, the new spate of antiviral drugs, including Pfizer’s Paxlovid and Merck’s molnupiravir, will be the next step in shifting it from pandemic to an endemic state.

U.S. Surgeon General Warns “Next Few Weeks Will Be Tough.”

Although Bourla thinks the end of the pandemic is in sight, U.S. Surgeon General Dr. Vivek Murthy is warning that the Omicron wave isn’t over in the U.S. yet and “the next few weeks will be tough.” The number of U.S. daily cases has passed 800,000, but he does note that it appears to be decreasing in some parts of the country. “The challenge,” Dr. Murthy told CNN’s State of the Union, “is that the entire country is not moving at the same pace. The Omicron wave started later in other parts of the country. We shouldn’t expect a national peak in the coming days.”

He also pointed out that health care systems are struggling. “The good news is that there are parts of the country, New York, in particular, and other parts of the Northeast, where we are starting to see a plateau and, in some cases, an early decline in cases.”

He also expressed disappointment over the Supreme Court’s decision to block the Biden administration’s vaccine-or-testing mandate for large employers. Dr. Murthy said, “It was a setback for public health. Because what these requirements ultimately are helpful for is not just protecting the community at large but making our workplaces safer for workers as well as for customers.”

As scientists determined what factors were involved in the most severe cases of COVID-19, such as obesity and type 2 diabetes, they also found that a specific gene variant appears to protect against severe COVID-19. A 2020 analysis of Europeans identified a locus of genetic variants in the OAS1/2/3 gene cluster tied to several antiviral mechanisms. These variants were associated with about a 23% lower risk of becoming critically ill from COVID-19. This cluster of genes was inherited from our Neanderthal ancestors, but it wasn’t clear why they seemed to protect against severe COVID-19.

A new study compared those gene variants with a broader dataset, including people of African lineage. They found the same protective activities in the haplotypes of Africans, who don’t carry the same mix of Neanderthal and Denisovan genes. In an analysis of 2,787 COVID-19 cases and the genetic data of 130,997 people of African ancestry, they identified an allele in the gene rs10774671 that seems to offer protection against COVID-19 hospitalization in people of African ancestry. The research was published in Nature Genetics.

They don’t know the actual mechanism of protection, although they theorize it is due to the variant’s effect on the OAS1 gene. It encodes a longer OAS1 protein that appears to be more effective at breaking down SARS-CoV-2.

Using Zebrafish to Understand Loss of Smell from COVID-19

One of the odder aspects of COVID-19 infections is the loss of smell and taste. Researchers at the University of New Mexico (UNM) are using animal models to study the phenomenon, specifically zebrafish, a common animal model for certain types of biomedical research.

Irene Salinas, Associate Professor of Biology at UNM, says, “In my lab, we are really interested in the interactions between viruses and olfactory systems.” In terms of zebrafish, she said, “They are transparent so we can do a lot of things in terms of imaging the whole animal and they are also very good to manipulate genetically so we can tweak things in the zebrafish to change the DNA composition.”

They are able to place the virus’s spike protein directly into the fish noses and determine how the sense of smell responds to the virus. This helps to understand how neurons and immune cells interact in the nose. Biology Ph.D. student Aurora Kraus said, “I did some histological stains and saw that the neuroepo phloem area, where the sensory neurons that detect smell live, was really extremely destroyed.”