Pfizer, BioNTech Say COVID-19 Vaccine Might Be Ready by End of October 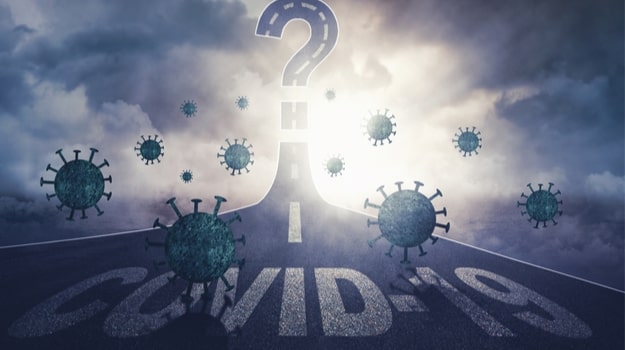 Currently, Pfizer and Germany’s BioNTech appear to be leading in the race to get a COVID-19 vaccine approved. In a weekend interview on CBS’ “Face the Nation,” Albert Bourla, chief executive officer of Pfizer indicated they may have key data from its Phase III trial of the vaccine to the U.S. Food and Drug Administration (FDA) by the end of October. If it is then approved, he said they would be prepared to distribute “hundreds of thousands of doses.”

Keeping in mind the Pfizer-BioNTech vaccine requires two doses several weeks apart per person, that is a very limited number of people who could be dosed. The two companies in July inked a $1.95 billion deal with the U.S. government’s Operation Warp Speed to manufacture and deliver 100 million doses of the vaccine if it’s proven safe and effective.

And on Saturday, September 12, the two companies announced plans to expand the Phase III vaccine trial to up to about 44,000 participants. The original plan was for 30,000 volunteers. They say they expect to reach the 30,000-mark next week. The rationale behind the expansion is to increase the trial’s diversity to include adolescents as young as 16 years old and people with chronic, stable HIV, Hepatitis C, and Hepatitis B, as well as to gather more safety and efficacy data.

BioNTech’s chief executive officer and co-founder Ugur Sahin told CNN last week, the vaccine “has an excellent profile and I consider this vaccine … near perfect, and which has a near perfect profile.”

He believes that approval or an Emergency Use Authorization will be granted quickly by regulatory agencies and said that its “understanding of the mode of action, in combination with the safety data coming in from the running trial” gave them “a lot of confidence. … “Yes, we believe that we have a safe product and we believe that we will be able to show efficacy.”

Sahin said, “We don’t see frequent fever. So only a minor proportion of participants in this trial have fever. We see also much lower symptoms like headache or like feeling tired. And the symptoms that are observed with such vaccines are temporary, they are usually observed for one or two days and then are gone.”

Both the Pfizer-BioNTech vaccine and the Moderna vaccine utilize mRNA technology. A segment of mRNA that codes for the virus’s spike “S” protein is enveloped in a fat nanoparticle. Once inside the body, it is integrated into the cells where they generate the S protein, training the body’s immune system to recognize the virus.

The University of Oxford-AstraZeneca vaccine, AZD1222, uses a weakened adenovirus as a vector to deliver the genetic material for the SARS-CoV-2 spike protein.

Last week, AstraZeneca paused its Phase III COVID-19 vaccine trial after a UK patient developed transverse myelitis, an inflammation of a part of the spinal cord. The trial resumed in the UK this weekend, although not yet in the U.S. The UK’s Medicines Healthcare Products Regulatory Authority, the UK equivalent of the FDA, took the advice of an independent committee that reviewed the safety data and deemed it ready to continue.

Although an October approval for the Pfizer-BioNTech vaccine might be possible, most experts think November or December is more likely. And widespread distribution of any and all of the vaccines may take significantly longer.

Earlier this month, the National Academies of Sciences, Engineering, and Medicine proposed a draft plan for distribution a vaccine in the U.S. at the request of the National Institutes of Health and the Centers for Disease Control and Prevention.