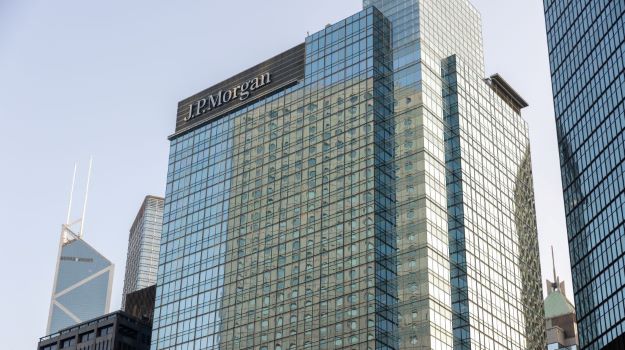 The JP Morgan Health Care Conference is held annually in January, and usually kicks off the biggest biopharma business news stories of the year. But in 2022, it’ll do so without at least three big names in the industry, Amgen, Sarepta and Moderna, who have cited COVID-19 concerns for not attending.

JP Morgan reportedly has insisted company executives attend the event in person, rather than via virtual presentations.

In a statement to STAT, which broke the story, Ian Estepan, chief financial officer of Sarepta, said, “The JP Morgan Health Care Conference is an important event for the biotech industry. As we all try to safely navigate COVID-19, providing a virtual option for the conference would help mitigate the risk of transmission and exposure while allowing for the collective desire to return to normalcy.”

A spokesperson for Alnylam Pharmaceuticals said it is “teetering” on not participating in the conference, and Vertex Pharmaceuticals is conducting similar internal discussions.

Moderna has said it would present virtually if JP Morgan allowed it, but the clock is ticking on whether there would be time prior to the holidays to make that decision.

Each year, approximately 10,000 people in the industry from around the world travel to San Francisco for what is called “JPM week.” The January 2021 meeting was completely virtual due to the lack of widely available vaccines.

There are apparently also some questions about the hotels’ interest in hosting events. The Parc 55, a hotel with more than 1,000 rooms in San Francisco has, according to an automated phone message, indefinitely suspended operations. It canceled one biotech company’s block of rooms for that week.

In previous years, JPM was where the biggest news was announced. In 2021, for example, Gilead Sciences updated its 2020 guidance to reflect that its Veklury, better known as remdesivir, for COVID-19, was even more profitable than originally thought. It reported that half of the people hospitalized in the U.S. with COVID-19 at that time had received remdesivir, which explained why its anticipated total sales for 2020 were about $2.8 billion. In 2020, Illumina Chief Executive Officer Francis deSouza announced a 15-year, non-exclusive deal with Roche. The deal increased the availability of next-generation sequencing-based in vitro diagnostic (IVD) tests on Illumina’s diagnostic sequencing systems. In addition, the two companies announced plans to collaborate to complement Illumina’s pan-cancer assay TruSight Oncology 500 (TSO 500) with new companion diagnostic (CDx) claims.

One of the more memorable announcements was in January 2019, when Bristol Myers Squibb announced at the meeting that it was acquiring Celgene Corporation for $74 billion.

The 40th Annual JP Morgan Health Care Conference is scheduled for January 10-13, 2022, to be held at the Westin St. Francis in San Francisco. On the conference’s website, in the FAQ section on COVID-19 safety measures, it stated, “In an effort to allow the appropriate social distancing, we are taking a number of measures to reduce density, including hosting the Not-for-Profit, APAC and LATAM tracks virtually.”

It goes on to say, “Please be assured that the health and safety of our attendees is paramount to us. Given the latest conditions, only those fully vaccinated against COVID-19 are permitted to attend. You will be required to provide proof of vaccination at registration. Additionally, please be advised that per local guidelines in San Francisco, at this time masks are required in indoor public places regardless of vaccination status.”

However, although the data is not fully formed yet, the rise of the Omicron variant has public health experts concerned that this mutation is more likely to evade immunity created by vaccines and natural infections. And most people in the industry remember the effect on Biogen when it was associated with a super-spreader event connected to more than 300,000 infections. No one wants to be the cause of yet another super-spread event tied to the life sciences industry.