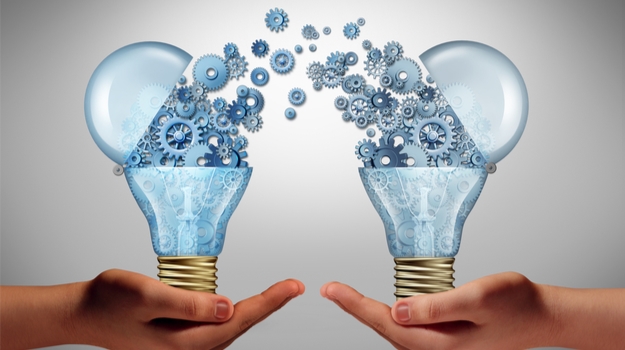 A CRISPR-based COVID-19 diagnostic test for consumers and physicians’ offices is being developed by Mammoth Biosciences and GSK Consumer Healthcare. The collaboration, announced Wednesday, aims to make disposable, hand-held diagnostics that are as accurate as lab tests and as easy to use as home pregnancy kits. Unlike pregnancy tests, however, results from this test won’t need to be reconfirmed. They already will be accurate.

“Diagnostics today is a tale of two cities,” Trevor Martin, Ph.D., CEO and co-founder of Mammoth Biosciences, told BioSpace. “One is based in molecular testing like PCR and gene sequencing. That’s highly accurate and specific, but requires very expensive equipment and highly trained personnel. The other offers rapid testing like antibody tests and isothermal methods. They’re scalable, but less specific. What if you could unite these two?” he asked.

“As a society, what we need is a foundational shift in diagnostics – a scalable means to widely address disease detection,” he said in a statement. “With a CRISPR-based diagnostic, we can achieve a rapid and true point of need test without compromising the accuracy of molecular testing for all types of infectious diseases.”

The test Mammoth and GSK are developing uses Mammoth’s DETECTR™ (DNA Endonuclease-Targeted CRISPR Trans Reporter) platform, a CRISPR-Cas12-based lateral flow assay chemistry technology that currently is being reviewed by the FDA under an emergency use authorization (EUA).

DETECTR looks for the presence of nucleic acids rather than antibodies. When the platform was detailed in Nature Biotechnology on April 16th, it offered 95% accuracy for SARX-CoV-2 positive samples and 100% accuracy for negative samples. It’s comparable to qRT-PCR in terms of sensitivity and specificity. “That is a great foundation to build from, and we expect the disposable version to meet or exceed that level of accuracy,” Martin said.

To do that, Mammoth has been improving the chemistry. “We’re making turnaround time faster, improving sensitivity and specificity and making reactions simpler. Then, we’re taking that chemistry and integrating it into a disposable format,” Martin said.

Moving that platform from lab use to the physician or consumer takes additional integration, he continued. “That involves a lot of different parts in the areas of robustness, reproducibility and reliability. You need to think about ease of use and how the test will function outside a controlled laboratory environment, in the real world. It is being designed so consumers or physicians can put either saliva or nasal swaps into the sample chamber, push a button and have results in about 20 minutes. That’s less than half the time required by the original DETECTR assay.

Assaying for the SARS-CoV-2 virus is the immediate focus of the Mammoth and GSK collaboration, but it can be adapted easily for many other viral diagnostics.

“What’s exciting is that DETECTR is a true platform. One of the powers of CRISPR-based diagnostics is that CRISPR is programmable,” Martin said. That’s shown by how quickly it produced a SARS-CoV-2 assay. “I talked with one of our scientific advisory board members about its potential impact for COVID-19 and within weeks we had a whitepaper showing the chemistry.”

And that was for a virus that was unknown only a few months prior.

With additional waves of COVID-19 predicted for 18 to 24 months – well into 2021 and possibly beyond – the ability to do fast, accurate diagnoses at physicians’ offices or at home could make a substantial contribution to slowing the spread of the infection.

For other viral outbreaks, scaleup likely could be even faster. Martin discusses this in terms of “stockpiles of tests that could be reprogrammed for the next pandemic.” As he explained, “The key part is the guide RNA. That’s the programmable component. It tells the CRISPR protein what to bind to.”

Programming new tests (for Zika, seasonal influenza or HIV, for example), therefore, is a simple matter of swapping out the guide RNA.

The collaboration with GSK was the natural outgrowth of their prior joint efforts. “We have a shared vision of where diagnostics is heading, and a really good relationship, having worked together on other CRISPR-based diagnostics,” Martin said. “GSK has huge, global experience scaling, commercializing and distributing products. They are making a bet on innovation, which makes this a unique and powerful partnership.”

Martin said he expects the handheld CRISPR diagnostic test for SARS-CoV-2 virus to be submitted to the FDA and EMA by the end of 2020. Then, if approved, GSK (with its global reach) can distribute the tests as widely as possible. The diagnostic is expected to be available initially in physicians’ offices before eventually become available to consumers.