Lilly Poised to Take on Competitors in Atopic Dermatitis 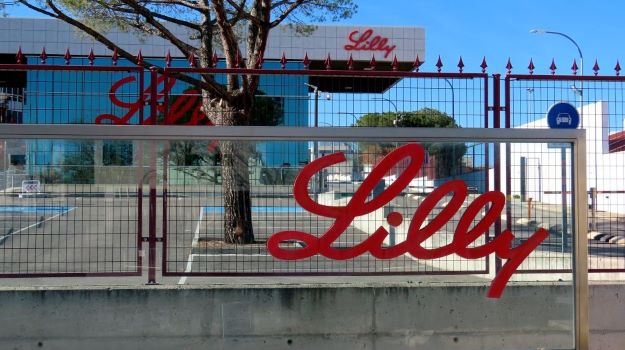 Atopic dermatitis is a type of eczema that affects 16.5 million adults in the U.S. The condition is chronic and causes damage to the skin barrier, creating itchy and dry rashes that can be sore or painful and ooze. The biological mechanisms behind AD remain elusive, although one component of pathogenesis is a disordered and overactive immune system.

Lilly has set its eyes on treating AD with lebrikizumab, an IL-13 inhibitor. The drug is a monoclonal antibody that binds to IL-13 with high affinity to specifically prevent the formation of the IL-13Rα1/IL-4Rα heterodimer complex and subsequent signaling, inhibiting the biological effects of IL-13 which include allergic inflammation.

A 16-week trial titled ADhere investigated the efficacy and safety of lebrikizumab in combination with topical corticosteroids in 211 adult and adolescent patients with moderate-to-severe AD. Lilly announced results supporting its efficacy at the 4th Annual Revolutionizing Atopic Dermatitis (RAD) conference.

Among patients partaking in the treatment, 41% achieved clear or almost clear skin at the end of the 16-week trial in comparison to 22% in the placebo group. Additionally, 70% of patients who were treated achieved at least a 75% improvement in overall disease severity. Clinically meaningful and statistically significant improvements were also observed in the treatment group in measures of skin clearance and itching, interference of itch on sleep and quality of life measures. These differences were observed as early as four weeks after beginning treatment.

"Today's ADhere data, together with results from the ADvocate monotherapy studies, demonstrate the potential for lebrikizumab to reduce disease burden and provide relief for people with uncontrolled atopic dermatitis when used either alone or combined with topicals," said Eric Simpson, M.D., M.C.R., professor of dermatology and director of clinical research at Oregon Health & Science University in Portland, and principal investigator of ADhere. "Lebrikizumab specifically targets the IL-13 pathway, which plays the central role in this chronic inflammatory disease. These results strengthen our understanding of lebrikizumab in atopic dermatitis and help establish it as a possible new treatment option."

Clinical trial results also point toward a favorable safety profile with adverse events reported being mild or moderate in severity. The most common adverse event reported for those treated included conjunctivitis and headache.

Lilly looks toward to future with anticipation for results from its broader Phase III program which could lead to the advancement of the drug to the clinic, taking on competitors Sanofi and Regeneron who developed and commercialized dupixent for the treatment of atopic dermatitis. Dupixent received U.S. Food and Drug Administration approval for moderate-to-severe AD in 2017 and has earned Sanofi and Regeneron a combined $6 billion in sales globally in 2021. Although the companies have expanded the use of dupixent in several other indications, they stand to face serious competition from Lilly in the AD sphere.