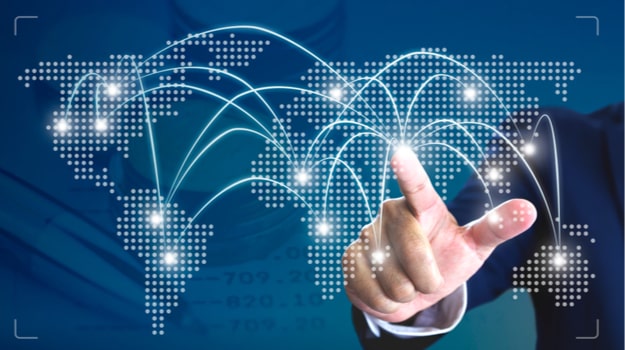 Amidst the pandemic, the biopharma industry continues to surge ahead. Jobs look plentiful. Check out these companies that have made recent job announcement expansions.

AGC Biologics: At the beginning of June, Japanese biopharmaceutical company AGC Biologics announced that the company had acquired an empty AstraZeneca plant in Boulder, Colorado. The company is investing $100 million and plans to employ 280 workers at the facility. The average annual wage is expected to be $96,000.

"The addition of this facility supports AGC Biologics' company-wide expansion initiative, which demonstrates our dedication to support our customers' demand for mammalian projects, now and into the future," said Patricio Massera, chief executive officer of AGC.

The acquisition is expected to help boost Colorado's economy as well. Michelle Hadwiger, director of global business development at the Colorado Office of Economic Development and International Trade, noted that AGC's presence and the manufacturing capacity might attract other biotech startups to the area.

GRAIL: California-based GRAIL announced on June 2 that the innovative healthcare company will invest $100 million to bring a new state-of-the-art laboratory facility with office and warehouse space to Research Triangle Park in North Carolina, which is the largest research park in the United States.

The facility is expected to create 398 new jobs over four years, with the average annual salary expected to be nearly $72,000.

“Even in tough economic times, companies like GRAIL see that North Carolina is ready to support the life sciences sector with a strong workforce,” North Carolina Governor Roy said in a press release. “North Carolina had a solid foundation for job growth before the virus, and that will make the road to recovery faster in the coming months.”

Grifols: Earlier this month, North Carolina's Economic Investment Committee approved an incentive package from the state and Johnston County to Grifols, a Spanish biotechnology company. The company will create 300 new jobs in Clayton between 2024 and 2028, and in turn will receive $5.2 million in incentives.

Grifols will also receive up to $19.3 million in incentives from Johnston County, according to the state's commerce department.

According to a press release, the facility will be used for clinical and commercial production of CRISPR Therapeutics' investigational cell therapy product candidates.

“We look forward to building a state-of-the-art manufacturing facility, which will accelerate our programs and allow us to scale for commercial supply. We are thankful for the support from the City of Framingham and the Commonwealth of Massachusetts, and we look forward to bringing our facility online rapidly,” Samarth Kulkarni, Ph.D., Chief Executive Officer of CRISPR Therapeutics, said in the release.

Sana Biotechnology: On June 23, Seattle-based Sana Biotechnology announced that it had completed its initial financing, in which the company raised over $700 million. Along with advancing Sana's discovery and development programs, the monies will be used to expand its team with additional hires.

POINT Biopharma: In late May, Canada-based POINT Biopharma announced the company's plans for its first U.S. manufacturing facility. POINT will be investing more than $25 million to buy an existing 77,000-square-foot building that they will transform to expand its drug manufacturing operations.

“We are pleased to establish our next generation, high-tech manufacturing base in Indiana, a state with a robust talent pool, a rich life science ecosystem, and an excellent business-friendly environment,” said Dr. Joe McCann, CEO of POINT Biopharma.

Wuxi Biologics: WuXi Biologics, headquartered in China, recently announced a pair of big manufacturing moves by the company. In Cranbury, New Jersey, the company signed a 10-year lease for a 66,000-square-foot clinical manufacturing facility. The Cranbury facility is expected to begin operations by the end of the year and create up to 100 new jobs.

The other manufacturing expansion WuXi Biologics is planning is in Worcester. The company plans to build a 107,000-square-foot building in The Retractory, a biomanufacturing park. This site is expected to open in 2022 and create 150 new jobs.

Sanofi: On June 16, Paris-based Sanofi announced that the company is expanding its research and production capabilities. It is doing so by investing $679.4 million to create a new production site and R&D center.

The new production site, Evolutive Vaccine Facility (EVF), will be used to leverage the latest innovative vaccine production technologies. It will be located in Neuville sur Saone. The site is expected to create 200 new jobs.

The new R&D center will be located at the Sanofi Pasteur site in Marcy-I'Etoile and will be used to develop future vaccines. The center will be a state-of-the-art digital facility with specialized laboratories.

MedPharm: Earlier this month, MedPharm announced that it has found a facility in Durham, NC to expand its U.S. manufacturing capacity in. The facility will house liquid and semi-solid production and packaging and will be supplementary to MedPharm's UK manufacturing operations. The investment amount, location and estimated new jobs were not disclosed by the company.

Regeneron: In late May, New York-based biotech company Regeneron announced that it was planning to add 60 new jobs at its product supply facility in Limerick, Ireland.

The announcement came after the company reached a milestone of 1,000 employees at the facility. Regeneron has invested $1 billion in the site over the past six years. A new lab and office building will be added to the location as well.