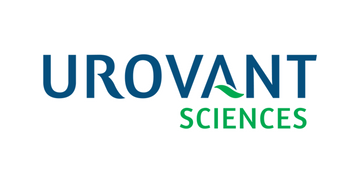 Urovant Sciences, a Vivek Ramaswamy company under the Roivant umbrella, has filed for an initial public offering (IPO) to raise $150 million. It will list on Nasdaq under the UROV symbol.

Urovant is a clinical-stage biopharma company focused on developing and commercializing drugs for urologic conditions. Its lead product candidate is vibegron, an oral, once-daily, small molecule beta-3 agonist. Urovant, in keeping with Ramaswamy’s business model, licensed the drug from Merck Sharp & Dohme Corporation. It is being developed to treat overactive bladder with symptoms of urge urinary incontinence, urgency, and urinary frequency.

Urovant has been studying vibegron in its Phase III EMPOWUR clinical trial in 1,400 patients for overactive bladder (OAB). In the filing, Urovant states, “We expect to report top-line results from this clinical trial in the first or second quarter of 2019, and if these results are positive, we plan to submit a new drug application to the U.S. Food and Drug Administration, or FDA, by early 2020. OAB is a highly prevalent condition, with more than 30 million Americans over the age of 40 suffering from bothersome symptoms.”

The drug was investigated in Phase IIb and a Japanese Phase III clinical trial in more than 2,600 OAB patients, meeting all primary and secondary efficacy endpoints compared to placebo. The filing indicates that the preliminary analysis of the ongoing Phase III trial is showing similar results.

“We believe vibegron, if successful in meeting the efficacy endpoints in our pivotal Phase III EMPOWUR trial, and if approved by the FDA, may offer a differentiated profile compared to current OAB therapies, including the potential for broader efficacy claims if the FDA approves the including of urgency data, rapid onset of action data, and a single convenient once-daily dose in the label,” the company states.

Vivek Ramaswamy is a former hedge-fund manager who originally founded Axovant Sciences, then spun Roivant Sciences out of it in May 2014. Since then, Roivant has spun out numerous so-called “vant” companies, typically built on a drug acquired from a larger pharma company for a relatively low price. In some cases, the drugs were abandoned by the selling company because they were deemed failures, and Ramaswamy feels they can be evaluated for narrower or different indications. The most notorious and spectacular failure of this approach was with Axovant, which acquired intepirdine from GlaxoSmithKline for $5 million to be developed for Alzheimer’s disease. In September 2017, the drug crashed and burned in a Phase III clinical trial.

Ramaswamy came into the business with $400 million and has shown a talent for convincing investors to pony up funds for his company and recruiting talent to work for them.

Urovant licensed vibegron from Merck Sharp & Dohme, a subsidiary of Merck & Co., in June 2017 for an unspecified amount. But the company isn’t a one-trick pony. On August 28, it licensed another product, hMaxi-K, a gene therapy for patients with overactive bladder (OAB) who have failed oral pharmacologic therapy from Ion Channel Innovations. The therapy had already been evaluated in two Phase I studies, which showed the therapy to be safe and well tolerated and showed dose-dependent improvements in urinary urgency and frequency. Urovant hopes to launch a Phase II trial of hMaxi-K in 2019.

In a statement at the time, Keith A. Katkin, president and chief executive officer of Urovant, said, “We are pleased to add the gene therapy hMaxi-K to our clinical development portfolio. We are eager to study the potential of hMaxi-K as an alternative therapy for OAB patients who are not getting adequate relief from other therapies. Urovant also has access to gene therapy expertise through the Roivant family of companies.”